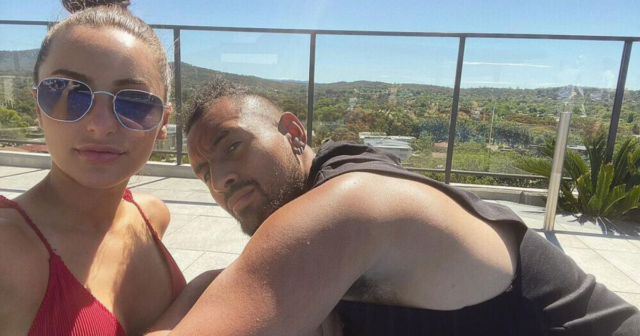 TENNIS star Nick Kyrgios has had some controversial moments on the court – and is now facing some problems off it involving ex-girlfriend Chiara Passari.

The Wimbledon quarter-finalist’s past relationship with Passari had reportedly been on the rocks since Autumn 2021.

And Kyrgios is due to appear in court for an incident on his former partner next month.

But who is Chiara Passari and what did she accuse Kyrgios of?

Chiara Passari is well known for being the ex-partner of Australian tennis star Nick Kyrgios.

Her personal life and Instagram are both private but she is reportedly Australian and is understood to be from Brisbane.

Passari seems to have an interest in art as her Instagram biography also reads ‘Comparison is the thief of joy’ followed by a linked account named @coldworld.art.

When did Chiara Passari and Nick Kyrgios date?

Nick first introduced the world to Chiara Passari in 2020 via Instagram.

The couple were cosied up in the photo which was captioned: “Happiness is found”.

However, this caused a lot of controversy as the picture was uploaded only three month after the conclusion of Kyrigos’ relationship with Russian tennis player Anna Kalinskaya.

And the controversy then spilled into their love life as Chiara Passari has accused the tennis bad-boy of cheating on her with a model with photographic evidence.

By December 2021, Nick was pictured with influencer Costeen Hatzi at a basketball game which suggested that Passari and Kyrgios’ bond ended in Autumn.

This has been confirmed as Kyrgios has moved on and is now dating blogger and influencer Costeen Hatzi.

Kyrgios is accused of assault, and is alleged to have grabbed his former partner Passari last year according to The Canberra Times.

It quoted police in the Australian Capital Territory (ACT) in a statement released Tuesday afternoon.

Police said: “ACT Policing can confirm a 27-year-old Watson man is scheduled to face the ACT Magistrates Court on the 2nd of August in relation to one charge of common assault following an incident in December 2021.”