Who is Novak Djokovic’s wife Jelena and how many children does six-time Wimbledon final winner have?
Advertisement 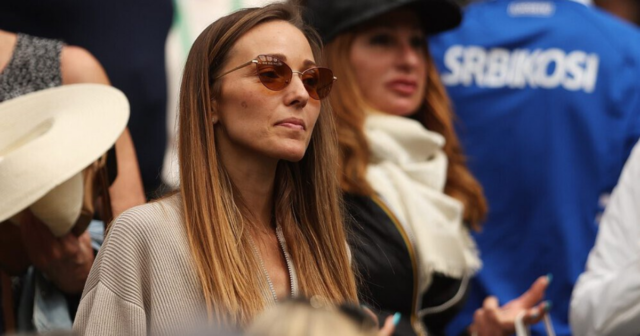 NOVAK DJOKOVIC is one of the greatest tennis players ever to grace the court – and he’s out to retain his Wimbledon crown TODAY.

The Serb’s chances of matching Pete Sampras’ seven titles at the All England club have rocketed following the withdrawal of his great rival Rafael Nadal.

WIMBLEDON LIVE RESULTS – Follow all the action from SW19

Jelena has been with Novak through thick and thin

But first he must get past Aussie bad boy Nick Kyrgios.

The twenty-time Grand Slam winner will no doubt have his wife in attendance cheering him on every step of the way.

They tied the knot back in July 2014 and will be celebrating their eighth wedding anniversary as Novak heads to Centre Court.