Who is Stefanos Tsitsipas’ girlfriend Theodora Petalas, and did he date Maria Sakkari?
Advertisement 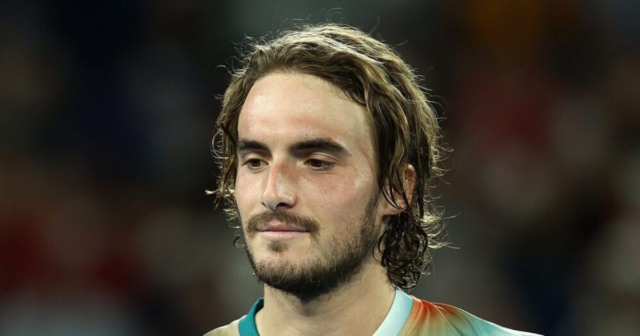 STEFANOS TSITSIPAS is looking to win his first Grand Slam at the Australian Open.

The Greek has previously appeared at a French Open final, where he was agonisingly beaten by Novak Djokovic.

But this time, he has a secret weapon, girlfriend Theodora Petalas.

Theodora Petalas was born in Greece, but now works in London as a junior strategist for a branding and marketing agency.

Before moving to the UK, she was living in the United States, where she studied at New York University.

She graduated with a bachelor of arts and a master of science specialising in project management and technology.

Tsitsipas confirmed in 2021 that he started dating Petalas two years previously. It is believed they met through family friends in New York. 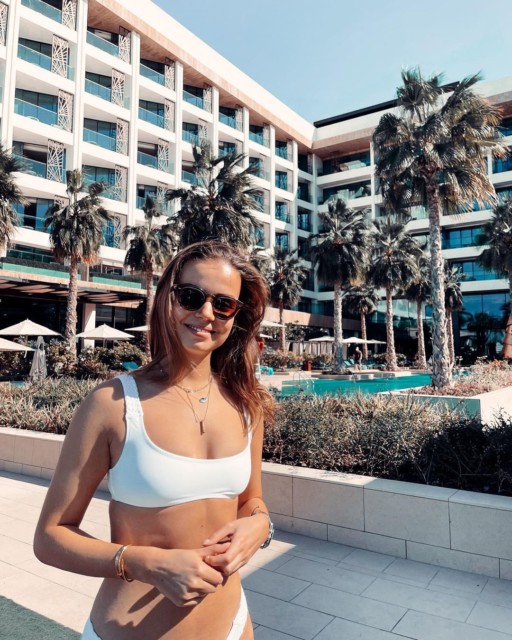 Theodora is not a regular at Tsitsipas matches

The tennis ace said: “I liked her very much, but I was shy then and did not express my feelings.

“But two years ago, again in New York, I asked her out on a date.

“I asked her to go to Brooklyn to snap some photos and I think she liked that. I did take some photos, which to this day are my favourites.

However, the relationship remains long distance, and Petalas is not a regular at Tsitsipas’ matches.

He said of the situation: “It’s a little difficult for us, because she lives in London. But thankfully it hasn’t brought us to extremes.

“She comes to some tournaments to support me and so we can spend some time together. She is my best friend… We talk every day, for two or three years now.”

Tsitsipas and US Open semi-finalist Maria Sakkari have known each other all their lives.

Their mothers were both tennis players in their own right, becoming friends at the age of 15.

The pair played together in the Hopman Cup in December 2018, beating a USA team including Serena Williams and Frances Tiafoe.

While they have posted photos together on Instagram in the past, Tsitsipas has never dated Sakkari – though he did once suggest he would want to.

As reported by Tennis Tonic, he said of Sakkari: “She is a very nice girl and a good character.

“I could date her but I do not, I do not know why.

“I was shy, now I am more open. Getting older, I am more mature and I understand by myself what I want.”

Follow their Hopman Cup partnership, Sakkari had told Sport 360: “He’s one guy who inspires me… He’s a player and an athlete I’m going to look after and it’s very important for me to have him because if I’m alone on the tour (from Greece).

“I have no one to look after… Stefanos is a role model for us and for me.

“It’s good to look after another player from your country, and we are only two. I think it’s a great thing and it’s great for our country.”

Like Tsitsipas, Sakkari is now taken as she is dating Konstantinos Mitsotakis, the son of the Greek Prime Minister.