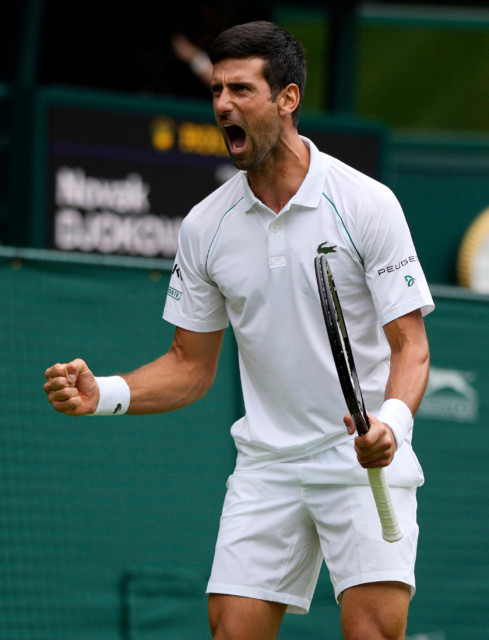 DEFENDING champion Novak Djokovic kept on course for a record-equalling 20th Grand Slam title – but only after being handed a tough work-out by American Denis Kudla.

It was an unconvincing display by Djokovic throughout, summed up by back to back double-faults at the opening of the third set tie break.

Yet he found a way to win and set up a last 16 clash with 17th seeded Chilean Cristian Garin on Monday.

Despite his lofty status, Djokovic, seeking his sixth Wimbledon crown, struggled to impose himself on Kudla as he made a series of uncharacteristically sloppy mistakes.

He made the crucial break in the 10th game of the opener, as Kudla was forced into three straight errors to hand him the set after 34 minutes.

Even then, Djokovic was uncomfortable, broken to love in his second service game of the next set and clapping his racket to mark one Kudla backhand pass.

Breaks either side of that slip meant there was no obvious damage done. 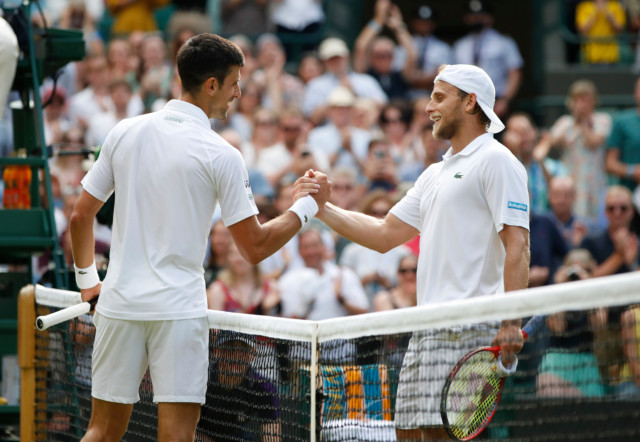 But with Kudla putting him under pressure, Djokovic needed to channel his inner Stuart Pearce, with a roar and punch of the air reminiscent of the England defender at Euro 96, after holding on at 4-2.

And he squandered two set points in the next before serving out to clinch it.

Yet even that did not ease Djokovic’s mind, a double fault in his opening service game of the third set gifting Kudla a break.

Djokovic needed three break points in the seventh game to claw himself back, with frustrated Kudla netting a simple double-handed backhand.

The Serb, unbeaten in a completed match at Wimbledon since he lost to Sam Querrey of the USA in the third round in 2016, was unable to prevent Kudla taking him to a tie-break.

Kudla could even have extended the match to a fourth, netting on set point at 6-7, before Djokovic finally broke his resistance to clamber through.