Wimbledon weather – will it rain today at SW19?
Advertisement 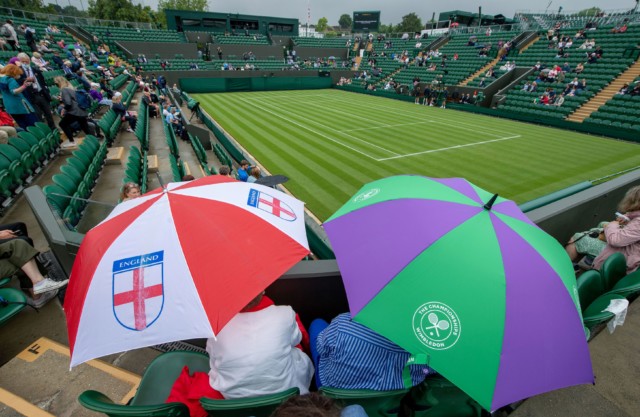 WIMBLEDON is getting underway with a host of exciting matches to take place today.

Champion Novak Djokovic kicks things off on Centre Court while Andy Murray will make his return to SW19 later in the afternoon.

Wimbledon 2021 LIVE RESULTS: All the action from Day 1 at the All England Club

But a lot of the action could be under threat depending on the wether in South London.

What is the weather forecast for Wimbledon today?

Thunder and heavy rain are forecast for Southern England today, potentially putting some of the proceedings at Wimbledon at risk.

The Met Office has issued to yellow weather warnings for Bath and southwards – one for scattered thunderstorms and the other for heavy rain with a small chance of fast-flowing or deep floodwater.

The temperature at Wimbledon will reach a high of 21 degrees at around 6pm today, when it is scheduled to be sunny.

Which courts at Wimbledon have roofs?

Centre Court has had a roof at Wimbledon since 2009.

Ten years later, a roof was added to No.1 Court in time for the last Championships in 2019.

This means that Novak Djokovic and Andy Murray will be able to complete their matches on Centre Court whatever the weather.

And French Open finalist Stefanos Tsitsipas will also be able to get through his match on No.1 Court.