World’s oldest tennis player, 97, refuses to leave Ukraine and insists he’s ‘not afraid of anyone’ amid Russian invasion
Advertisement 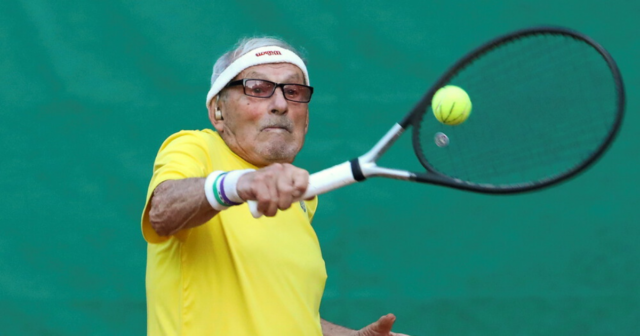 THE world’s oldest tennis player is refusing to leave Ukraine – and insists he is ‘not afraid of anyone’ amid the Russian invasion.

Leonid Stanislavskyi, who turns 98 this month, worked as an engineer to help defeat the Nazis in World War II.

Leonid Stanislavskyi, 97, is adamant he will not evacuate Ukraine

He holds the Guinness World Record as the oldest tennis player, competing in the ITF’s 90+ age category tournaments.

And in 2021 he even enjoyed a hit with 21-time Grand Slam champion – and arguably the greatest tennis star of all time – Rafael Nadal.

But now Stanislavskyi is standing his ground in Kharkiv and receiving food parcels to keep him going amid the ongoing war.

The 97-year-old veteran, who declared his desire to live to his 100th birthday, will not evacuate despite Vladimir Putin’s army bombing his hometown and his family’s desperate pleas.

Stanislavskyi said: “I’m not afraid of anyone.

“I’m hoping that the war will end and I will be able to play tennis.

“I have bad hearing so I sleep at night and don’t hear anything. Last night there were bombings, in the morning there were air-raid sirens again.

“I’ve stayed at home… I have supplies, the fridge is full. I sit at home, can’t go out and there is the sound of explosions everywhere.

“I defrosted a chicken leg and made a bouillon. Life goes on and I need to eat.”

Elina Svitolina is donating her prize money to her nation’s army while Sergiy Stakhovsky, who retired in January, has bravely returned to his homeland to join the army.

And as well as saving compatriots, he hopes the war ends as soon as possible so he can compete at the next seniors world champs in Florida next month.

“I hope I live to reach 100. I have to survive this frightening situation. I have survived World War II and I will survive this war.

“I never thought that I would have to live through another, more frightening war where people from both sides are dying.

“What is this? What good is it? In the 21st century, there can’t be war. The war needs to be stopped, an agreement has to be reached.” 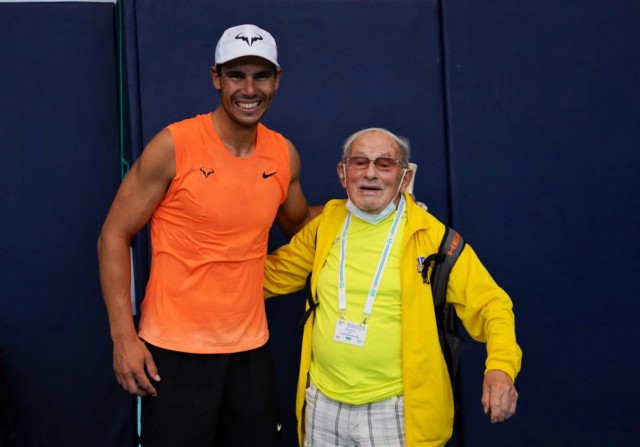 Stanislavskyi hit with Rafael Nadal at his academy in 2021 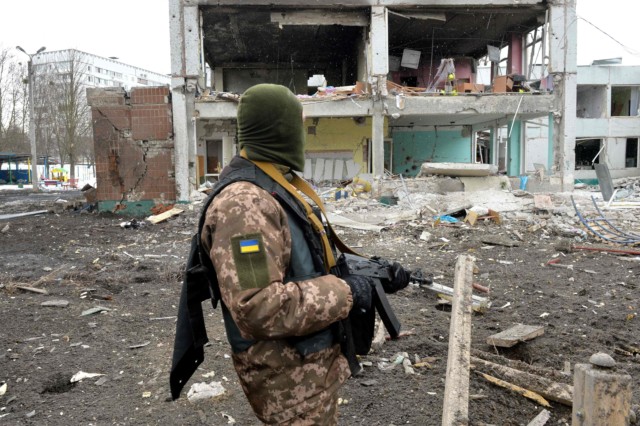 His city of Kharkiv is being destroyed by Russian bombings