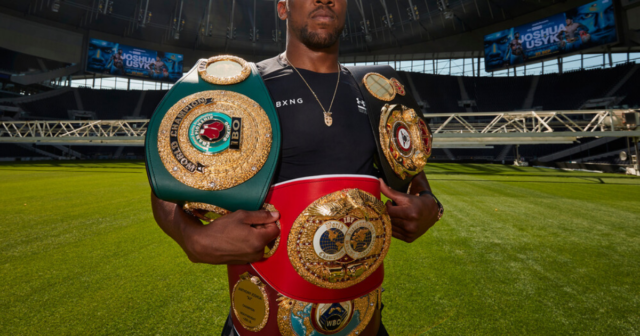 ANTHONY JOSHUA’S heavyweight world title fight against Oleksandr Usyk has sold out within the first 24 hours of going on sale.

The 31-year-old defends his WBA, WBO and IBF belts against the unbeaten Ukrainian at the Tottenham Hotspur Stadium on September 25.

Olympic gold medallist Joshua was ordered by the WBO to fight Usyk, 34, after his undisputed title decider with Tyson Fury, 32, collapsed.

And despite supporters left disappointed that the match-up never materialised, fans have acted fast to get their hands on seeing AJ face the former cruiserweight king next month.

Matchroom have announced that tickets have been sold out within a day as 60,000 fans prepare to flock to England’s capital.

It is the seventh venue that Joshua has sold out after the UK’s Wembley Stadium, Principality Stadium, 02 Arena and Manchester Arena.

He even sold out Madison Square Garden for his trip to America when he lost his title against Andy Ruiz Jr in June 2019.

The Watford native then fought in front of a sold out capacity at Saudi Arabia’s Diriyah Arena when he outpointed Ruiz to become a two-time world champion.

Joshua hasn’t been in action since knocking out Bulgarian veteran Kubrat Pulev in December.

But he is looking in incredible shape for his dust-up against fellow Olympic champ Usyk. 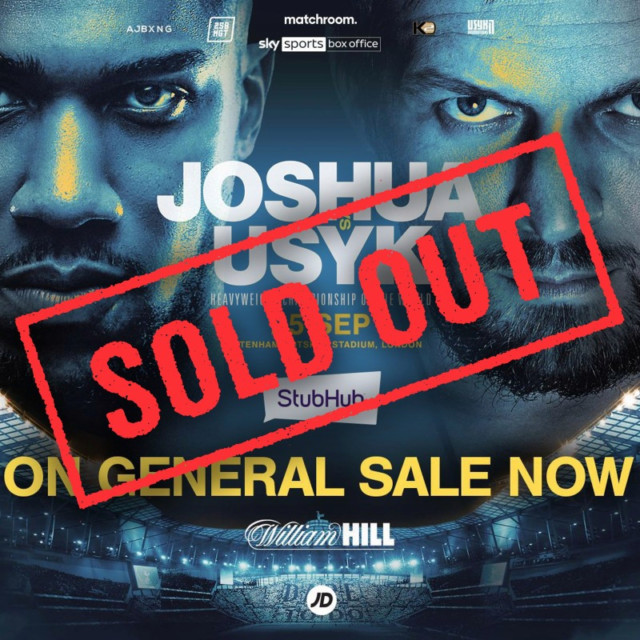 AJ goes into the bout with a size advantage, with Usyk preparing for just his third fight in the heavyweight division.

Commenting on the duo, promoter Eddie Hearn told talkSPORT: “I think that Usyk will never be a fully fledged heavyweight – a real heavyweight in terms of size.

“Now Usyk has fought a real heavyweight contender in [Derek] Chisora, that will actually help him to start to understand what needs to be done.