VLADIMIR Putin’s shoestring army has been forced to call up a 49-year-old former boxing World Champion to fight in Ukraine.

Giant Nikolai Valuev, who stands at 7ft tall, is the tallest and heaviest world champion in boxing history. 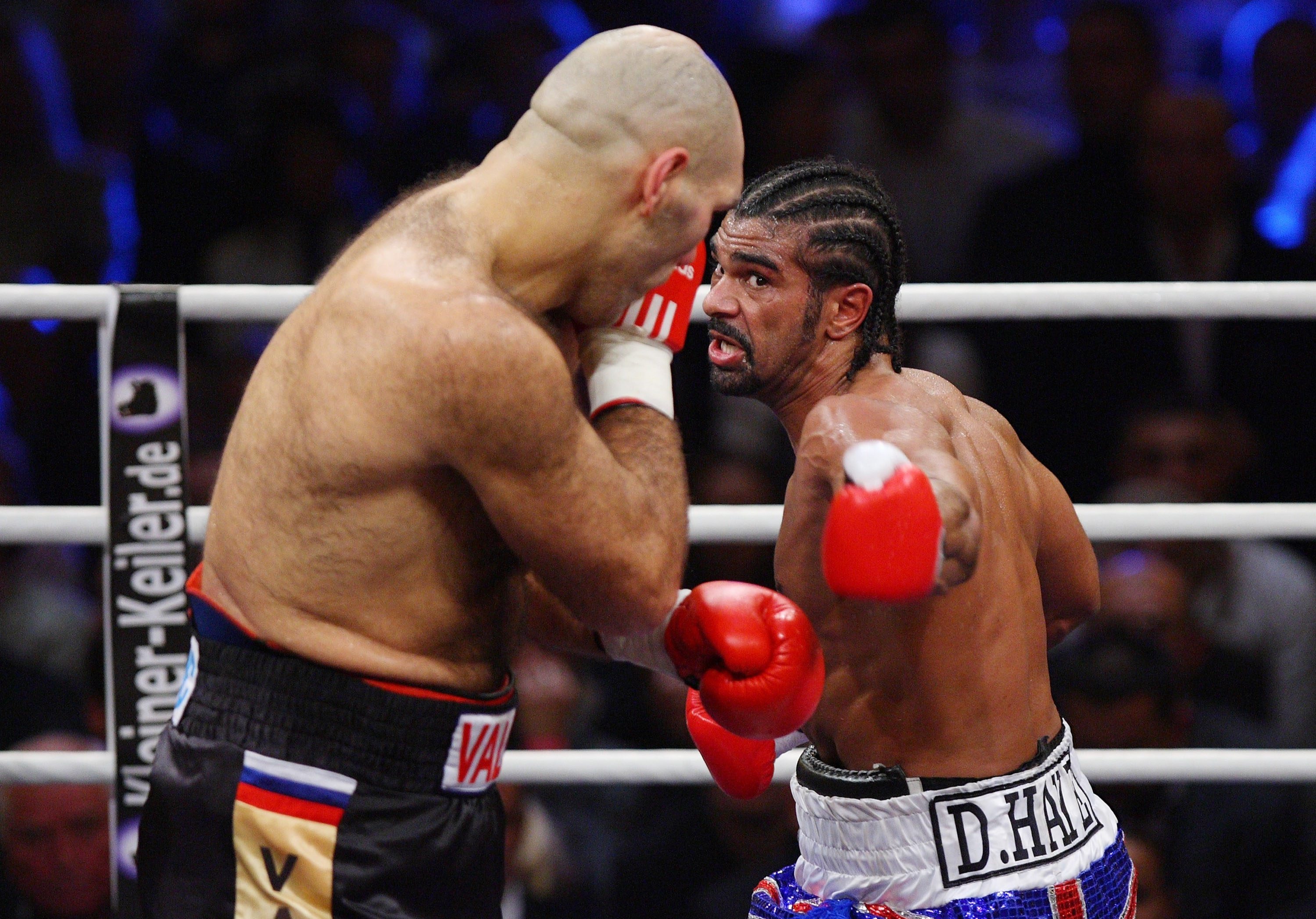 He retired in 2009 after being defeated by Brit David Haye

After retiring in 2009, he went into politics and joined the Russian parliament or Duma in 2011 as a member of the Putin-backing United Russia party.

In 2010, Valuev’s doctor said he was treating the man mountain for “serious bone and joint problems”

He was forced to undergo two operations that required six months on the sidelines and confirmed in 2013 that medical advice was the main reason he wouldn’t return to the ring.

But that hasn’t stopped Putin’s army from calling him up for the frontline in Ukraine.

In an interview with Russian state media, he said he had been handed his summons when he was in the Donbas in eastern Ukraine.

Unlike his other parliamentary colleagues, he has been told to go to the military registration and enlistment office.

Speaking of his fellow MPs, he said: “My colleagues are good, they were registered for military service in the State Duma and received summons here, but I have to go home.

“I received the summons right before my trip to Donbas, and I was not at home.”

He added: “Next week I will definitely go and report to the enlistment office.”

Valuev competed in the heavyweight category during his 16-year career between 1993 and 2009.

He was World Boxing Association world champion between 2005 and 2007, and again in 2009, when he was defeated by Brit David Haye in the so-called “David Vs Goliath” fight.

It comes after ex-Everton and Russian footballer Diniyar Bilyaletdinov was called up to fight in Ukraine, his father revealed.

The 37-year-old midfielder, who made 59 appearances for the Toffees between 2009 and 2012, last served in the military almost two decades ago.

His dad Rinat confirmed that he had been signed up to fight in Putin’s disastrous war in Ukraine, despite being two years over the official cut-off age for new recruits of 35.

“It is difficult to talk about emotions, because he did not serve, although he did military service, but it was specific, with a sports bias. It was 19 years ago.

“That is, yes, he took the oath, but served in the sports line. The law still says – to call people up to 35 years old, and he is 37, so there is some kind of inconsistency here.

“Now he will find out whether this agenda is correct or whether it was sent early. Anything can happen.”

The news follows revelations that staff from Russia’s national football team have refused to turn home from a friendly match in neighbouring Kyrgyzstan, as hundreds of thousands try to flee from Putin’s partial mobilisation.

A good fight will help you improve your boxing technique. Pay attention to how they move and throw punches. Also, observe how they defend themselves. Then, copy their tactics.

Next, you will need to spar against another fighter. This is where you’ll see whether you’ve improved your boxing technique. When you spar, you’ll also notice how fast you can punch, how strong your punches feel, and how well you block incoming punches.

Doing drills is another way to improve your boxing skills. Practice is key, so don’t be discouraged and keep practicing.

Boxing is all about good punch form. For you to become a better boxer, your punch technique must be perfected. Here are some tips to improve your punching form.

Boxing is one among the oldest sports known to mankind. Boxing was developed in ancient times to train warriors for fighting against foes. Today, boxing is still widely practiced around the world. You don’t need to go to the gym to box. A pair of gloves, punching bags and a few sparring buddies are all you need.

Amateur boxing clubs in your area can be joined and trained by professional coaches. Once you’ve mastered basic punches and combinations, you’ll be ready to compete in tournaments.

Lifting weights is important if you wish to build your strength. There are some things you need to remember when lifting weights. Don’t do it too often. Aim to lift heavierweights every other days. Third, do each exercise 8 times. Fourth, between sets, take 2 minutes to rest. Fifth, perform all exercises without using momentum. Focus on form and not speed.

How to setup a boxing gym is a common question asked every day by people who want to start their own business. Many people wonder how much money to spend on equipment, what space is necessary, how many staff they require, etc. There are many factors that affect the cost of starting your own business. Some of these factors are location, type and number of employees, budget, competition, etc. However, most people neglect the importance of quality equipment. If you don’t have any equipment then you cannot get started. Here are some suggestions to help you start a gym for boxing at home.