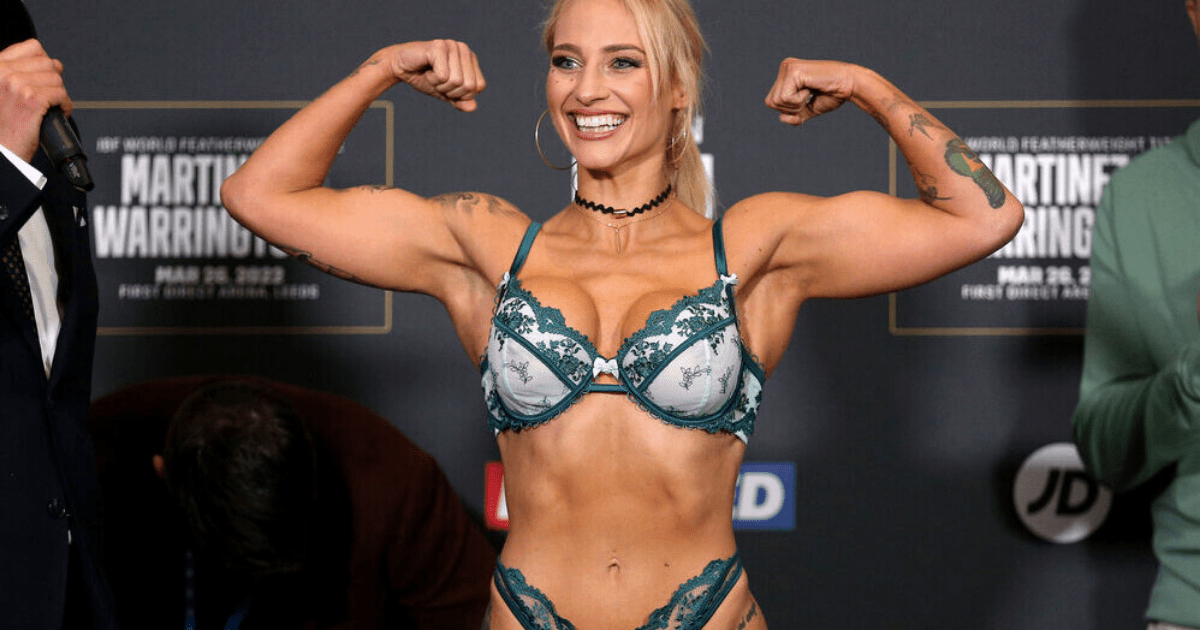 BOXER Ebanie Bridges has revealed her three wildest and weirdest fan requests as she also hit back at “jealous” trolls.

Bridges is the current world champion in the bantamweight division, having held the title since March this year, and receives numerous messages from many adoring fans.

However, some of these messages are rather bizarre to say the least, with Bridges revealing some of the requests she has been previously sent.

Speaking on an episode of Pub Talk, she said: “I get love letters, all kinds of stuff.

“I get asked for bath water, toe-nail clippings, sweat.”

Bridges then explained how she deals with “jealous” trolls.

She added: “I ignore it (troll messages). Anyone who is successful, they’re going to get the jealousy, the hate, people will try to drag you down.

“That’s just normal. The people talking s***, they don’t know me, so why should I sit there and get emotional and bothered by someone who has never met me?

Bridges turned into a boxing pro in 2019 and won each of her first five fights, and is currently on a three-bout win streak.

In 2020, the “Blonder Bomber” admitted to having indulged certain fan requests in the pursuit of getting some extra income such as selling dirty training socks.

In a previous interview with talkSPORT, she said: “Give me your money, that’s my response! You want my stuff, then you’ve got to give me your money. There’s plenty of weird people out there.

“I haven’t sold my bath water, but I’ve been getting so many weird requests I was thinking, should I go buy some jars? I’ve done the socks and my feet because it’s a laugh and harmless.

“I thought it was funny and they ended up paying, so now any requests that come through, I’m just like here is my PayPal.

“You’d think normal people would want lingerie or something like that, but it’s all feet and socks. I do get the random requests for the bath water and other weird things which I won’t go into now.

“It’s all side money at the end of the day, if they want to pay then it’s up to them. I don’t care really, as long as I’m putting food on my table and the bills are being paid, I’m happy.”

Bridges has previously been pictured alongside OnlyFans star Elle Brooke, but has also dismissed fan requests for her to copy a celebration of bare-knuckle boxer Tai Emery. 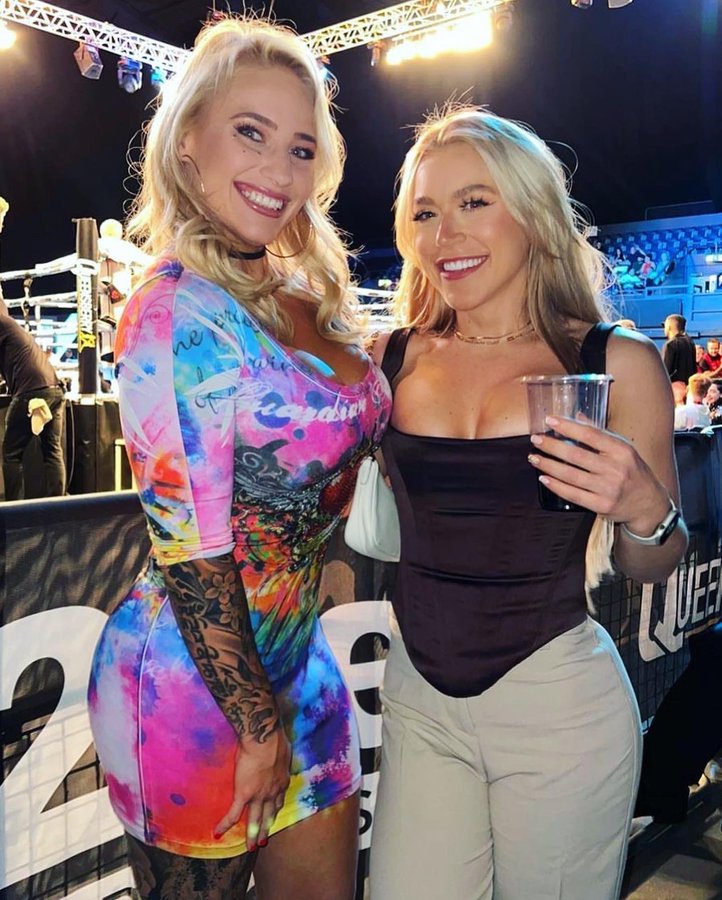 Bridges alongside Elle Brooke in July

So, if you want to practice boxing without a partner, you can simply watch professional boxing matches on TV. A local amateur boxing association is also available. Amateur boxing groups often have regular training sessions. These sessions typically include sparring partners that hit pads together.

Punching bags are another option for practicing boxing. Before hitting the bag, ensure that you are wearing gloves and protective gear.

Watching good boxers fight is the first step to improving your boxing technique. Watch how they move, how they throw punches, and how they defend themselves. Next, try to copy their moves.

Next, you’ll need to spar against another boxer. This is where your ability to improve your boxing technique will be revealed. You’ll notice how fast and strong you punch, as well as how effective you are at blocking incoming punches, when you spar.

You’ll also need to practice your boxing skills through drills. You will improve with practice so be patient and persevering.

Boxing is one the most well-known sports in the world. It is a fight between two opponents. Each country has its own rules. There are three main types of boxing: Amateur boxing, Professional boxing, and Olympic boxing.

Olympic boxing can be seen at the Olympics. Boxers are required to wear international standards-compliant protective gear. The competition lasts approximately three minutes for each round. Olympic boxing is limited to two styles: Light Flyweight and Heavyweight.

There are seven types. Each punch has its own technique. Some punches require greater strength than others. For example, an uppercut is a powerful punch. On the other hand, a straight punch requires less power but it is faster than other punches.

Boxers must use their legs to defend themselves against kicks. After receiving a kick, he will raise his leg and move away from the attacker. To avoid being kicked on the sides, he bends at his knees when the attacker strikes from the front. However, if the attack comes from behind, he stands up straight and blocks the kick with his foot.

Boxers use their hands to block incoming blows. They raise their fists high above their heads and point them in the direction of an attack. They then touch the attackers fist.

A boxer should not be afraid to respond to an attack. This will help him gain distance from his opponent. Additionally, boxers need to maintain their balance when they counter-attack.

Boxing effectively requires a boxer to have a good stance. How he defends his self will depend on how he stances. It determines his position and the direction he will face. Boxers have many options for stances. Here are the most commonly used ones:

Sparring, a boxing practice session, is designed to improve your boxing skills. Sparring allows a boxer to improve his mental and physical skills. In conclusion, the purpose of sparring is to learn how to fight and not get hurt.