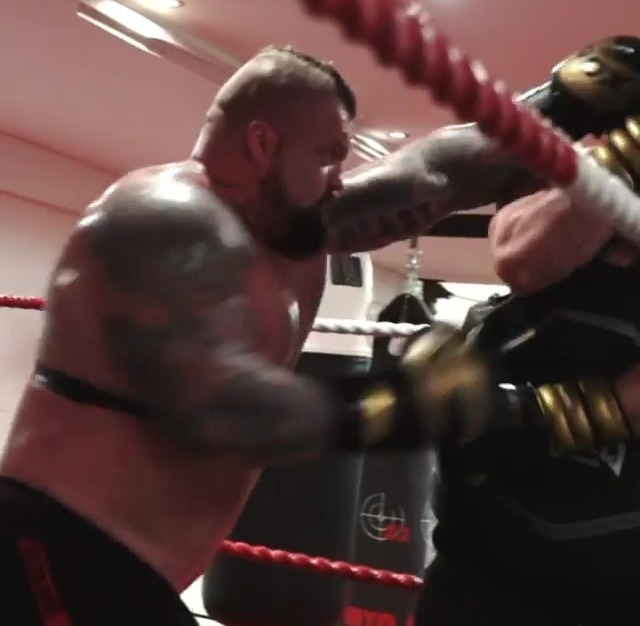 EDDIE HALL claimed he is training like he is preparing to face Tyson Fury – not Hafthor Bjornsson.

The 2017 World’s Strongest Man is cutting no corners ahead of his showdown with the Game of Thrones star.

Eddie Hall has been training hard ahead of his boxing debut

The two legendary strongmen will settle their differences in the boxing ring later this year in Las Vegas.

Ahead of the fight, Hall is working out like he is going to face heavyweight world champion Fury.

But The Beast was quick to confirm that he would NOT want to take on the unbeaten Gypsy King.

“I’m not going to, I don’t want to, but that’s who I’m training to fight and that’s what excites me

Former doorman Hall is still scoffing down 7,000 calories per day ahead of his boxing debut.

But the 32-year-old has already lost more than 30kg due to his gruelling training regime.

“The jogging, I’m doing a mile-and-a-half or two miles every single morning at a good pace of seven minute miles.

“I squatted 300kg this morning and I still come in to do ten three-minute rounds.

“Everything is feeling really positive.”

Bjornsson made his boxing debut against Irish cruiserweight Steven Ward on Friday.

Despite weighing nine stone more than his opponent, Bjornsson’s first exhibition bout ended as a draw.

After the fight, the Icelandic strongman vowed to knockout Hall when they eventually meet. 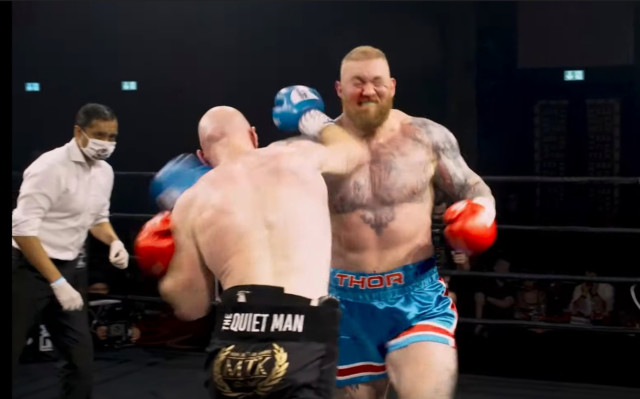 Hafthor Bjornsson made his boxing debut against Steven Ward in Dubai

In response, Hall insisted he is on a mission to punch the 32-year-old’s ‘brains out’.

The 32-year-old, who once weighed 28st, is gunning for revenge against Bjornsson.

Hall has accused his rival of smearing him with ‘lies’ over the 2017 World’s Strongest Man cheat scandal. 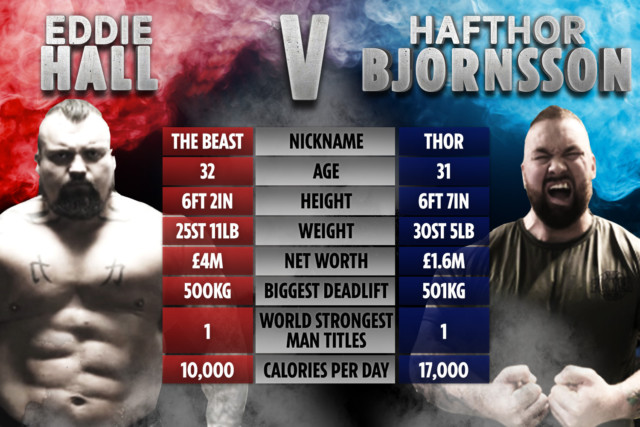