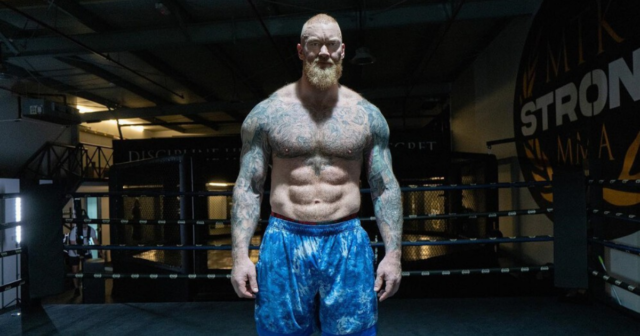 STRONGMAN star Hafthor Bjornsson showed off his ripped physqiue ahead of his blockbuster boxing bout against Eddie Hall.

And he urged his British rival that he can have ‘no excuses’ in not meeting him inside the centre of the ring.

Thor, who portrayed ‘The Mountain’ in hit TV show Game of Thrones, is set to pit his wits against Hall in Dubai next week.

However, Hall suffered a detached bicep and the fight had to be postponed.

But now the stage is set for the heaviest fight in boxing history when the two rivals meet in the United Arab Emirates.

And Thor has stated that Hall, 34, can’t pull out of their upcoming fight with an injury this time having seen him in the flesh.

The Icelandic icon, 33, posted a picture of his impressive physique with a bulging six-pack to his 3.8 million Instagram followers.

“He’s injury free so there’s no excuses to not show up March 19th. The fight is on!”

Fans were quick to praise Thor’s physique, as one user commented: “I believe in you Thor! Go prove yourself. Been too long.

“We all know you are going to take care of business. Trust on your jabs and from there go on punishing. Good luck. The gods are with you.”

Another said: “Aside from the fight, you look like you’re the healthiest you’ve been in a long time. That alone is a win, congrats!”

A third added: “Good luck Thor. I’m sure all the hard work will pay off.”

This supporter then remarked: “You are looking lean and tough.”

Another simply stated: “Don’t forget you have VIKING POWER.”

Thor and Hall’s Strongman pals are backing the latter to emerge victorious with The Beast to have too much raw power. 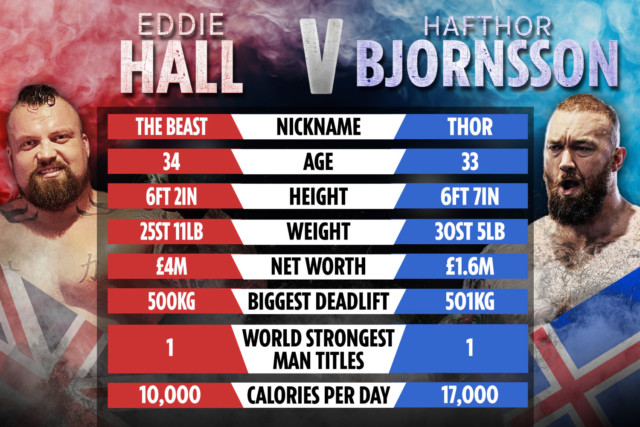 In this article:gameofthrones, noexcuses, tvshow