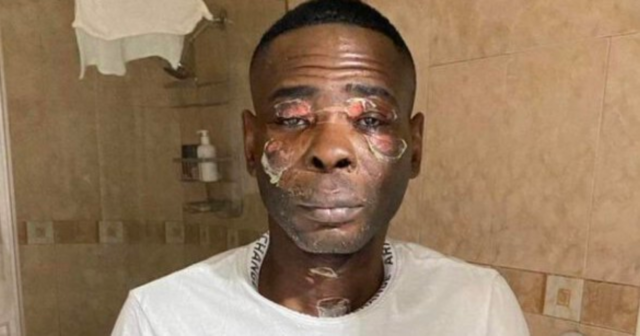 BOXER Guillermo Rigondeaux shared pictures for the first time since being left with horror facial injures after a pressure cooker explosion.

Rigondeaux in March was hospitalised after boiling water splashed into his eyes during the explosion.

The incident occurred at the Cuban’s Miami home and left him with severely burned corneas.

Rigondeaux initially lost 80 per cent of his vision as a result and his chest was also burned.

The southpaw has now taken to social media to reveal the extent of his injuries which sadly left him almost unrecognisable.

Rigondeaux, 41, captioned it: “Every night when I close my eyes this is what I see. Sometimes it’s hard to forget.”

The double Olympic champion, once considered one of the best pound-for-pound stars in the world, has lost his last two fights.

Defeat to Vincent Astrolabio, 25, in February was Rigondeaux’s most recent.

He famously lost for the first time in 2017 against Vasiliy Lomachenko, 34, after moving up to super-featherweight.

But following his shock accident, Rigondeaux is yet to return with his boxing future very much uncertain.

He underwent surgery as his manager Alex Bornote spoke out about the accident at the time.

Bornote told the El Nuevo Herald: “It really is an unfortunate thing.

“When the pot exploded and we saw how Rigondeaux was left, we thought the worst, because his face and eyes looked very bad as a result of the impact of the explosion. But we hope that he will recover.”