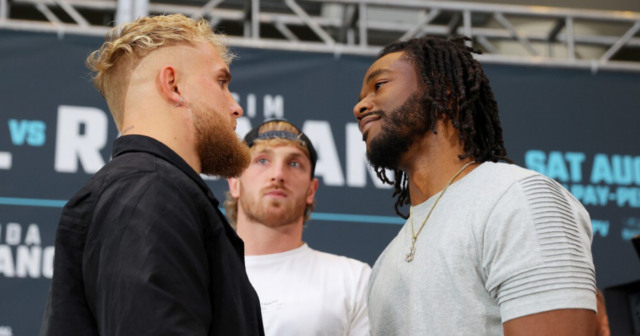 HASIM RAHMAN JR has agreed to fight Jake Paul for FREE on KSI’s undercard – with the YouTube boxing star challenged to accept the deal.

Rahman and Paul were due to face each other last weekend at New York’s iconic Madison Square Garden.

Jake Paul and Hasim Rahman before their cancelled fight

The American, whose brother Logan was beaten by KSI in 2019, offered to step in a fight for FREE.

But KSI later announced rapper Swarmz – who he shares a song with – would replace Wassabi.

And Rahman, 31, has countered by offering to fight Paul, 25, on the O2 Arena undercard and will do so without pay.

He said on Twitter: “I told KSI, I will fight Jake Paul for free on his undercard for free at the O2 at the cruiserweight limit.

“I also let it be known that I would put the fight back on with Jake Paul and my purse would only go to the other 50 per cent of the fighters that missed out on our previous undercard.”

KSI’s manager Mams Taylor added: “In light of Rahman’s offer: 1 Jake Paul v Hasim Rahman Jr at cruiserweight and he will fight for free at the sold out O2 arena in London.

“2, MVP can track all their pay-per-view numbers and claim them and the revenue generated by them.

“(Before anyone says Misfits wants the clout or pay-per-view numbers) Take the fight Jacob.”

Rahman signed to fight at the 14st 4lb cruiserweight limit of 200lb, despite being 16 stone in his last fight in April.

But Rahman denied the allegations and staged a private weigh in to prove he could make the new 205lb limit.

The heavyweight actually came in at 206.6lb – nearly 2lb overweight – but called to fight Paul next week – believing he can make 200lb. 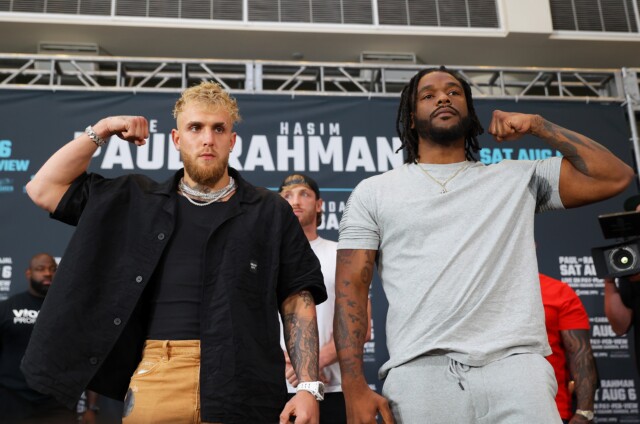