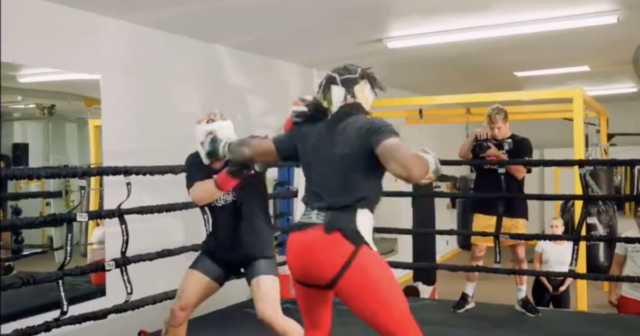 The pair of former training partners were due to face off at New York’s iconic Madison Square Garden.

This boy puts out what he wants to put out, but he “beat my ass” in sparring

the first opportunity he had to run from this fight he took it! Now he’s running to fight @ksi

But a weight disagreement between the two forced the entire pay-per-view to be scrapped.

Both sides have accused each other of being at fault, but in Rahman’s latest swipe he has released unseen sparring footage.

In the clip, the son of former heavyweight champion Hasim Sr can be seen controlling the action.

He lands a clean left hook, rocks Paul back with a jab and defends off most of the punches coming his way.

Rahman captioned the post: “This boy puts out what he wants to put out, but he “beat my ass” in sparring.

“I told y’all I had the training wheels on with this goofy the first opportunity he had to run from this fight he took it!

Rahman, 31, signed to fight at the 14st 4lb cruiserweight limit of 200lb, despite being 16 stone in his last fight in April.

Paul, 25, then spoke out to claim Rahman refused the change and would scale no less than 215lb, prompting the MSG card to be axed.

But Rahman denied the allegations and staged a private weigh in to try and prove he could make the 205lb limit.

He actually scaled 206.6lb at the famous Gleason’s boxing gym in New York and said he could even drop down to the initial 200lb weight.

But Paul meanwhile appeared to move on as he called to fight long-time rival KSI on just two weeks notice.

KSI, 28, was set to face Alex Wassabi, 32, on August 27 at the O2 Arena in London but the American was withdrawn after suffering a concussion.

Paul was willing to step in a fight KSI for FREE – but instead rapper Swarmz – who has no boxing experience – is the replacement opponent. 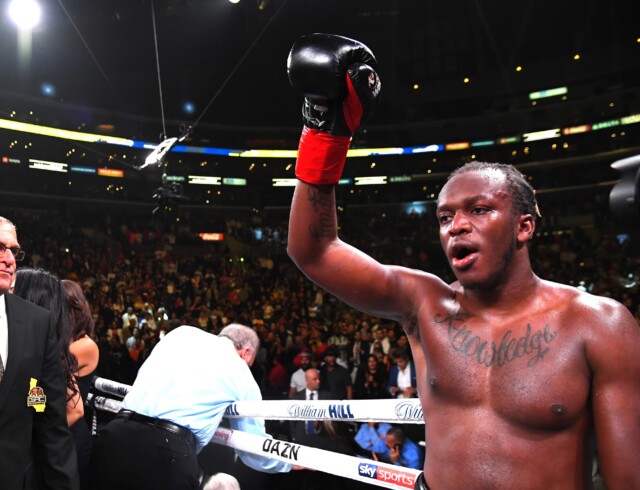