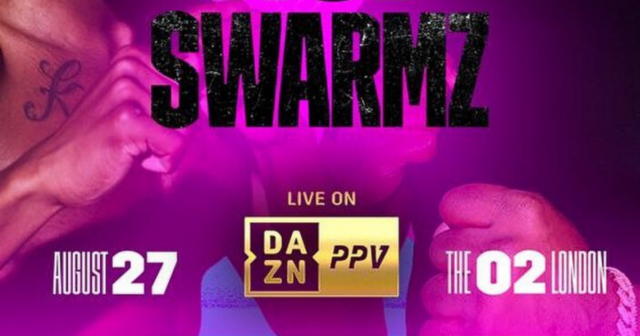 KSI is due to make his huge return to the boxing ring to face rival Swarmz in London.

The YouTuber’s original opponent Alex Wassabi had to pull out because of an injury sustained in training camp.

Wassabi wrote on Instagram: “With all lthese rumours going around, there’s only two things that are true.

“You don’t play with concussions. New fight date announcement on the way.”

So KSI will face Swarmz instead, and that’s despite Jake Paul’s calls for HIM to be chosen as the Brit’s next opponent.

When is KSI vs Swarmz?

“Just wanna say that at the end of the day, the one of the main goals of this first fight was to get rid of ring rust,” KSI said after the announcement.

“I wanted to prove to myself that I’m a better boxer than I’ve portrayed in the past. If you wanna see, fine.

“If not, fine. I’m still doing it anyway. There are still many good fights on this card that I’m excited to see.

“We are the only YouTube boxing event happening this summer.

“We’ve had many things try to disrupt this event but still we stand. This is a long term play, and I’ll happily take a small L now for a big W later.”

Jake Paul, however, has had a few things to say about the fight.

“KSI vs Swampz… Dod’t they have music together?” he wrote on Twitter.

“This fight should for free.”