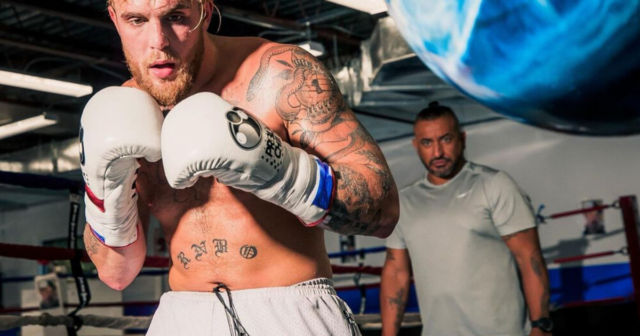 JAKE PAUL will demand £26million to debut in MMA – and said a fight with Khabib Nurmagomedov would sell 2million pay-per-views.

The YouTuber-turned prizefighting star has flirted with a switch to the cage recently, amid an ongoing feud with UFC president Dana White.

But the man himself denied receiving a deal and named his price to switch fighting codes.

Paul said on the MMA Hour: “Khabib said, ‘We offered him a deal’ – it’s not true.

“They never offered me anything. Eagle FC has never even done an event.

“Not to hate on anything they’re doing but I would need more than what I make in boxing to risk going into MMA right now.

“People would have to come 25, 35million dollars (£26m) to just start the conversation with me.”

Paul, who made £30m for his three fight in 2021, admitted UFC legend Khabib would entice him over to MMA.

He said: “I would fight Khabib in MMA if they wanted to make that offer.

“Cos’ that would be exciting. That would excite me, especially if I had more time to train.

“That would be a massive fight. Probably a million, 2million pay-per-view buys and all I would have to do is work on my wrestling skills.

“Cos’ I could outstrike him standing up.”

Khabib, 33, in 2020 retired from the UFC at 29-0, following his one and only fight following the death of his father and mentor Abdulmanap.

Meanwhile Paul, 25, is 5-0 as a boxer, most recently knocking out Tyron Woodley, 39, in December.

He initially beat Woodley in August on points, but rematched the ex-UFC champion on short notice after Tommy Fury, 22, pulled out.

But Paul is still yet to fight an opponent with prior professional boxing experience.

Despite the criticism of opposition, he named only former middleweight world champ Julio Cesar Chavez Jr, 35, as a rival who makes financial sense.

Paul said: “There’s really no boxers who have a big enough name to make it an interesting enough event that are really near my weight class or experience level.

“I think Canelo was supposed to fight but it just doesn’t make any sense. It’s my sixth fight and this guy’s a world champion.

“So nobody really has a big enough name in the boxing world than maybe Chavez Jr.” 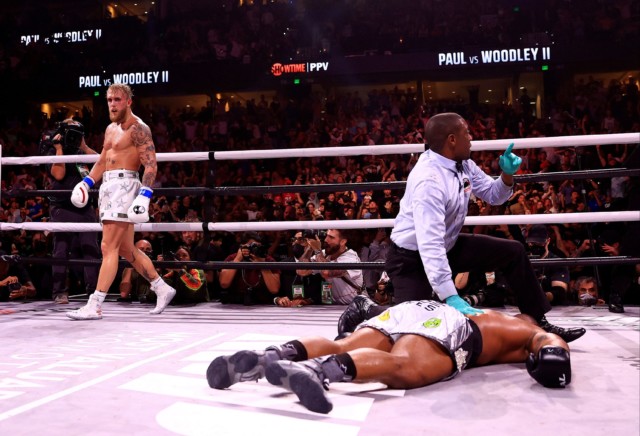