Tyson Fury net worth: How much money will Gypsy King earn from Dillian Whyte fight and what does he make now?
Advertisement 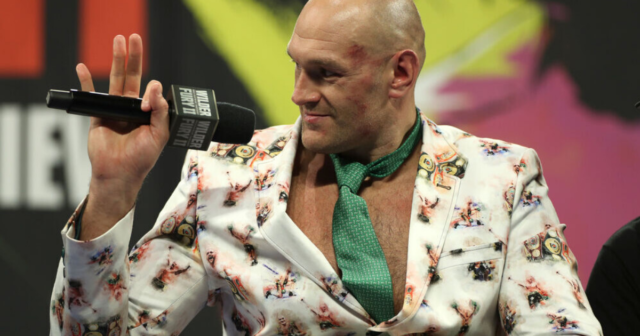 TYSON FURY is back in the ring as he takes on Dillian Whyte in an all-British affair.

The Brit survived two knockdowns before knocking out Deontay Wilder in round eleven during their third bout back in October.

And expect all the colour and fireworks for Fury’s return to the UK when he fights Whyte at Wembley.

What is Tyson Fury’s net worth?

Tyson Fury’s net worth following his third fight against Wilder was estimated at around £120MILLION.

That is on top of his first bout against Wilder, in which Fury pocketed around £8m. The third fight landed him around £22m.

The Gypsy King also made a cool £12m from his single WWE appearance, when he was victorious over Braun Strowman.

And this figure will have increased significantly following his second win over the man from Alabama.

How much did Fury earn from beating Wilder?

The purse for the Fury vs Wilder trilogy bout was reportedly split 60/40 in Fury’s favour.

The Gypsy King was expected to earn a guaranteed £22m plus 60 per cent of the pay per view revenue.

Wilder was set to earn a guaranteed £15m plus 40 per cent of the PPV take.

In their last fight, there was a reported purse of £3.67m, with both fighters ultimately taking home around £18.36m once PPV revenue was added.

How much will Fury earn from his fight against Whyte?

Fury is likely to make at least £25m from his Wembley fight against Dillian Whyte.

There could be more on the way thought, depending on pay-per-view sales.

How much could Fury earn from a fight with Anthony Joshua?

If Fury fights Joshua one day, there would be a huge pot of money for that fight to take place, but less so than the £150m that was at stake over the summer.

The fight got put off and Joshua lost his interim fight with Oleksandr Usyk, likely putting an all-British undisputed heavyweight clash to bed.