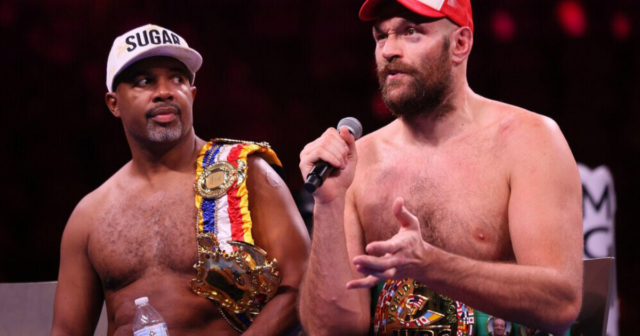 TYSON FURY’S mentor SugarHill Steward revealed the pair ‘train blindfolded’ as he opened up on their ‘special’ relationship.

The American has guided the Gypsy King to stunning back-to-back KO wins against the previously unbeaten Deontay Wilder.

The trilogy was put to bed in stunning style on October 9 when Fury floored the Bronze Bomber three times on the way to an 11th-round stoppage.

And much of the credit for his scintillating rise to the top of the heavyweight division has been put at the door of the nephew of the great Emmanuel Steward.

Speaking to Sky Sports, SugarHill has opened up on how he has helped guide the Morecambe mauler to one of the greatest comebacks ever in sport.

He said: “Me and Tyson are a great team, the dynamic duo. People try to give me credit but I pass it straight on to Tyson.

“Lots of trainers give the right instructions but if the fighter doesn’t do it? Then it’s not worth talking about.

“When I tell him what to do, he does it.

“It must be a special relationship – a bond – for a person to respond to you.

SugarHill, who describes Fury as ‘the right person for me’, has eked out every bit of power in the Brit to make Wilder’s ‘pillow fists’ jibe look foolish.

And the Kronk Gym coach has revealed some unusual training methods that have helped Fury along the way.

He added: “They say he dips his hands in gasoline to toughen them up.

Fury was floored twice against Wilder in the trilogy fight – but SugarHill says that he ‘saw he was OK’ and saw that it was just ‘his instinct’ to get back up and fight on.

Now thoughts have turned to ‘who’s next?’ – with an undisputed title fight against the winner of the Oleksandr Usyk versus Anthony Joshua rematch the one most people want to see.

But SugarHill is concentrating on looking after No1 and not worrying about anyone else.

He added: “We don’t talk about a specific person. We want whoever the best is.” 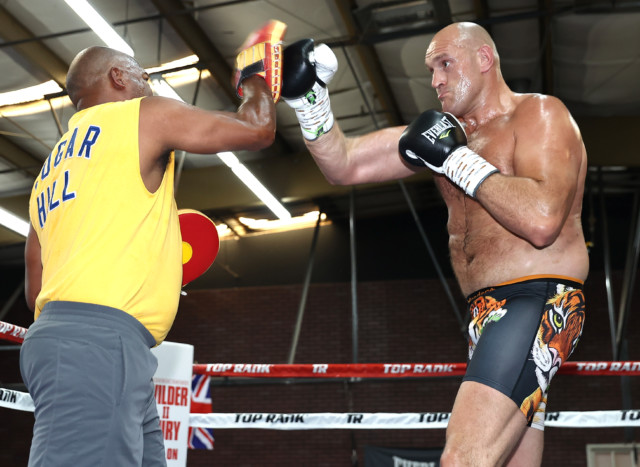