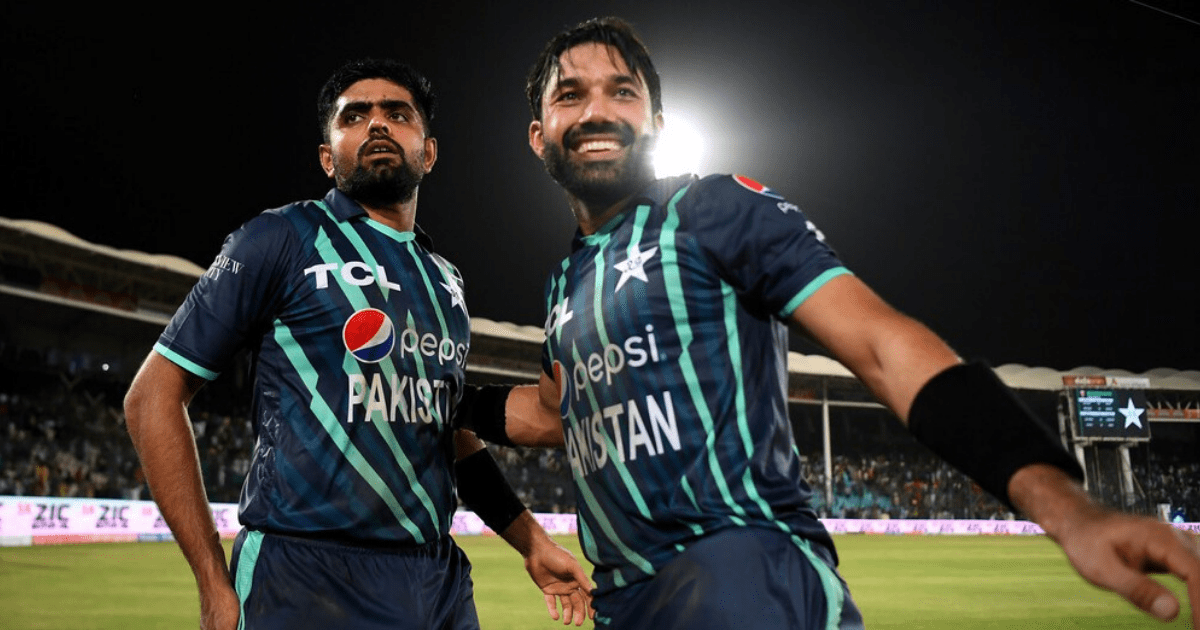 ENGLAND’S friendly welcome on their historic tour of Pakistan suddenly turned into a brutal battering on the field.

Incredibly, Pakistan openers Babar Azam and Mohammad Rizwan stormed to a victory target of 200 in the second Twenty20 match without being separated.

Pakistan picked up a huge victory over England in Karachi

England were thumped in their first T20 against Pakistan

For all the gratitude England have received for their first visit to the country since 2005, this was an eye-opening hammering for their bowlers.

Stand-in captain Moeen Ali rampaged a brilliant 55 not out from 23 balls and Ben Duckett made 43 from 22 deliveries. But their efforts were dwarfed by the Pakistanis.

And Moeen’s single over of spin – which cost 21 runs and included three sixes – was the moment when Pakistan looked certain to win.

They cantered across the finishing line with England seemingly powerless to stem the flow of boundaries that brought nine sixes and 15 fours.

Babar, arguably the world’s best all-format batsman, became the first Pakistani to make two T20 centuries and finished with a brilliant 110 not out from 66 balls. The impish Rizwan was unbeaten on 88.

Pakistan’s ten-wicket victory with three balls to spare levelled the series after England’s six-wicket triumph on Tuesday. The third game in the seven-match series is on Friday.

Moeen said: “I thought 199 was a very good score. We bowled okay for the first ten overs but the momentum shifted when I bowled my over.

England had a couple of chances to dismiss Rizwan on 23 and 32 – but Alex Hales spilled a catch at mid-off and wicketkeeper Phil Salt missed a stumping.

Much later, in the 19th over, Rizwan was put down by Moeen at extra cover on 93.

That over – bowled by left-armer Luke Wood, who was Player of the Match on his England debut 48 hours earlier – went for 17 runs and included three wides.

Moeen chose to bat first and included three spinners in his team because he thought the dry, cracked pitch would become more difficult.

In fact, the surface eased for batting with the ball skidding onto the bat.

Wrist-spinner Adil Rashid added: “We did well to get 199 but the pitch got better. All credit to their openers, they played some magnificent shots. We’re confident of bouncing back in the next game.”

Did you miss our previous article…
https://www.sportingexcitement.com/cricket/cricket-legend-shane-warnes-daughter-slams-tv-mini-series-warnie-claiming-its-beyond-disrespectful/

Advertisement. Scroll to continue reading.
In this article:inkarachi, victory, vspakistan