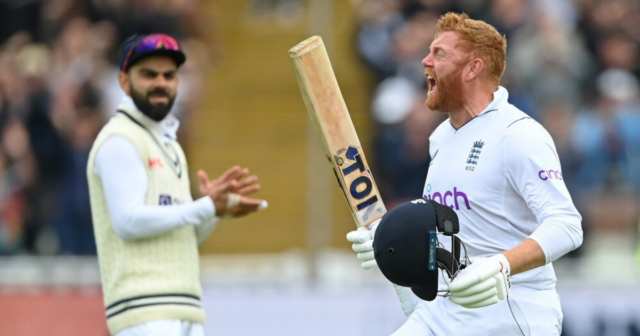 JONNY BAIRSTOW played his fourth extraordinary innings on the trot and continues to make the remarkable and historic look routine.

No England batsman has ever produced such savagery and fast-scoring across three back-to-back Test matches.

Bairstow’s ledger at Trent Bridge, Headingley and now Edgbaston is a mind-boggling 475 runs from just 434 balls.

These are almost unbelievable numbers, a collection of consecutive demolition jobs unmatched by anyone in Test cricket. Bairstow has brought Twenty20 to Test matches and it is absolutely brilliant.

He has been the big beneficiary of Ben Stokes and Brendon McCullum’s so-called “Bazball” aggressive approach. In fact, Bairstow is the main exponent of Bazball and is also taking an enhanced role in the on-field brains trust.

And yet, despite Bairstow’s innings on day three of the Fifth Test, England are on course to lose to India and surrender the series 3-1 (remember, they are 2-1 down from last summer).

By the close, India were 125-3 building on a first innings lead of 132 and in a position to set England a target that even Bairstow and Co might struggle to overcome.

They would be even further ahead but for a funereal over-rate. A total of 15 overs were lost as the public continue to be fleeced by slow play or, as on Saturday, a shameful reluctance to start sooner after rain delays.

In the morning, Bairstow took his time to become settled but, once he decided to press the accelerator, he advanced from 16 to his century in just 54 deliveries.

He lofted fast bowlers back over their heads for one-bounce fours, hooked for six and once deposited quick bowler Shardul Thakur into the crowd over the long mid-wicket boundary with a contemptuous clout.

A spat with Virat Kohli seemed to fire him up. Stumps mics picked up Bairstow telling Kohli at slip to shut up – with an expletive, of course – after Kohli used fruity language to express exasperation at a play and miss.

The umpires were forced to intervene and there were a few tense moments. But it ended with Kohli patting Bairstow on the arm in an apparently conciliatory fashion although the former Indian captain did blow him a kiss when he was out.

Bairstow insisted the incident was nothing – just two “passionate” cricketers trying to do the best for their countries.

Stokes is trying to be ultra-aggressive and set the tone with the bat this summer but at times he has lurched towards slogging. Bairstow, by contrast, has been selective in the balls he tries to hit and clinical in his execution.

Stokes offered two chances before he departed for 25. First, a skier that Thakur spilled at mid-wicket and then a drive to mid-off that Jasprit Bumrah fumbled.

But, next ball, Bumrah held a much more difficult chance leaping to his left at mid-off.

Bairstow was given out lbw on 89 but he called immediately for a replay, which showed an edge.

His fifth Test century of 2022 arrived with a boundary courtesy of a misfield by the normally safe Ravi Jadeja. It occupied 119 balls – not bad considering he was 16 from 65 deliveries.

Bairstow was eventually caught at slip, Stuart Broad skied an attempted slog, Sam Billings dragged on and Matthew Potts edged into the slips.

When India batted again, Jimmy Anderson immediately had Shubman Gill caught at second slip for the second time in the match.

Hanuma Vihari edged an attempted drive to third slip and then Kohli edged a Stokes snorter and, although wicketkeeper Billings dropped the original chance, Joe Root at first slip caught the rebound.

Kohli has not scored an international century in any format since November 2019.

Towards the end, England were reduced to negative tactics with Root aiming his spinners way outside off stump and Anderson sending down bouncers from round the wicket. Not much sign of ‘Bazball’ there.

Cheteshwar Pujara reached his half-century just before the close and Rishabh Pant, who scored a brilliant century in India’s first innings, will resume 30 not out on Monday morning with licence to seek quick runs. 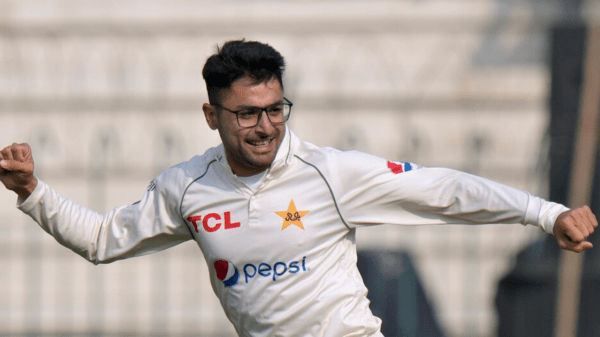