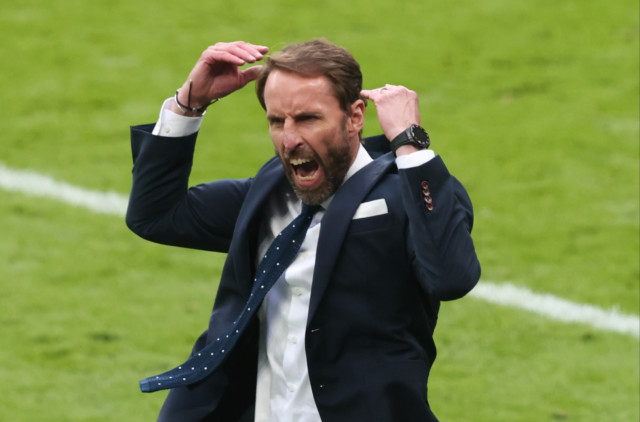 THEY are the three tight-fisted Yorkshiremen living up to regional stereotype in glorious fashion.

The Sheffield steelmen Harry Maguire and Kyle Walker, along with Barnsley boy John Stones, are giving away nowt for England.

Gareth Southgate got the band back together as he reunited the central-defensive trio that reached the 2018 World Cup semi-finals — and saw all three turn in immense performances to ensure a sixth straight clean sheet in Tuesday’s historic victory over Germany.

Southgate wore a trademark waistcoat in Russia. This time, it was belt-and-braces from the England boss, with his back five given further protection from two holding midfielders in Kalvin  Phillips  — another Yorkshireman — and Declan Rice.

Phillips regained possession 11 times against Germany, the most turnovers by any England player at any Euros since Tony Adams against the same opponents at Euro 96.

And Rice was in none-shall-pass mode, with both coping extremely well with the pressure of having been booked in the first half.

But England’s first knockout victory over the Germans since 1966 was built on that back three — all stout in defence, all capable of turning defence into attack.

Not that the road from Russia to these Euros has been smooth for Maguire, Stones or Walker.

The idea of that Yorkshire axis being back in place for this tournament seemed highly unlikely a year ago.

Then, Stones and Walker were out of favour with Southgate — Stones seemingly frozen out by Pep Guardiola at Manchester City, too.

And last autumn, Maguire ended up in the cells while on holiday in Mykonos.

He was then named in Southgate’s first squad of the season, only to be removed following his conviction for aggravated assault, resisting arrest and attempted bribery, then freed to play again after appealing the verdict.

But Maguire was sent off in England’s 1-0 Nations League home defeat by Denmark in October for two horrible tackles in the opening half-hour — with a widespread feeling that the Manchester United captain needed to be taken out of the firing line.

Southgate never subscribed to that view and neither did Maguire himself.

He is an old-school character who fronts up in times of adversity and deals with issues by getting on with the day job.

After returning to form with United, though, Maguire’s participation in the Euros was thrown into severe doubt by the ankle injury he suffered against Aston Villa on May 9, which kept him out of the Europa League final defeat by Villarreal.

Southgate, as so often in the past, showed his faith, and perhaps even an overdependence, on Maguire by naming him in his Euros squad when there were genuine doubts as to whether he would be able to play any part.

The England boss admitted Maguire may not have made the cut had Uefa not expanded squad sizes from 23 to 26 — but his decision has been proved right after the United skipper turned in excellent displays against the Czech Republic and Germany. 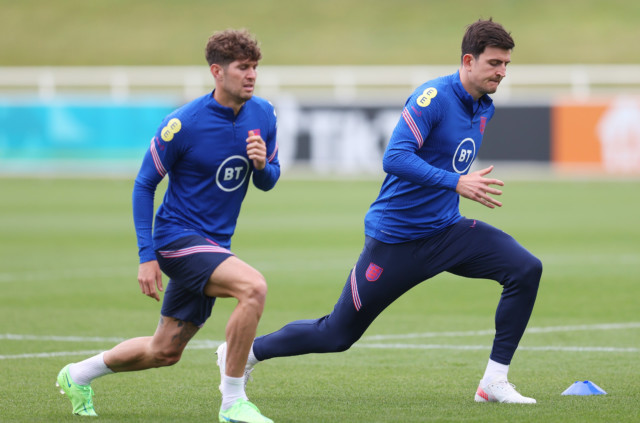 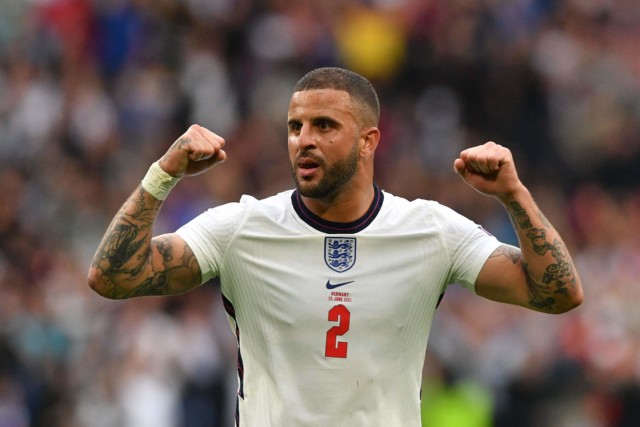 Kyle Walker was another Yorkshire product to star on Tuesday

Despite Maguire’s ups and downs, Southgate’s belief has been unswerving. For Stones and Walker, this has not quite been the case.

Stones had an absolute shocker in the 3-1 defeat by Holland in the 2019 Nations League semi-final and played in only one of England’s next 15 internationals before being restored to the squad this March.

Suffering a personal and professional crisis, Stones became a peripheral figure at City during the 2019-20 campaign, yet he played almost twice as many Premier League minutes last season, forging an excellent partnership with Ruben Dias as Guardiola’s men regained the title.

On recalling Stones, Southgate admitted: “For a period we weren’t sure if he would recapture his form.

“When you invest that much time and as many caps in players like that and he disappears, it is a huge disappointment.”

The only goal England have conceded in their last ten matches was from a horrible Stones error against Poland — yet the City man ended up assisting Maguire’s winner in that World Cup qualifier, with Southgate praising his resilience.

Walker, like Stones, dropped out of the England reckoning during 2019-20 and committed two high-profile Covid breaches during lockdown — with rumours that these could effectively end his international career.

That was never the case, though, as Southgate stated to Walker in a lengthy, private, face-to-face meeting before his recall to the squad last September.

Yet on his first international appearance for 15 months, Walker was sent off for a reckless tackle in Iceland.

Southgate publicly condemned him yet refused to axe him. Southgate has shown great loyalty to his classic World Cup starting XI.

Seven of them started against the Germans — and it would have been eight had Jordan Henderson been fully match-fit.

Of course, England kept three clean sheets in the Euros group stage with a flat back four, and Southgate only reverted to a five to mirror Germany’s system, countering their dangerous wing-backs. 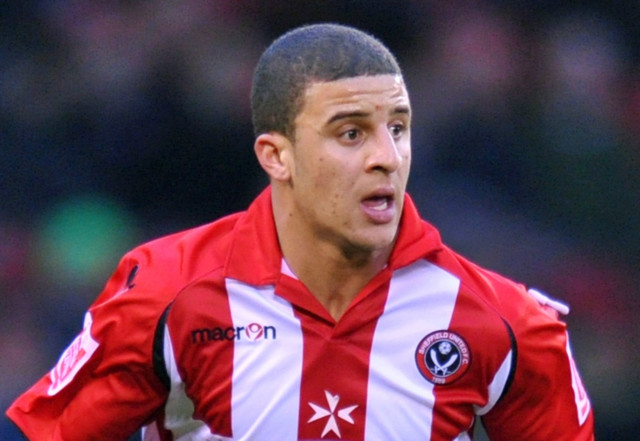 Walker came through the ranks at Sheffield United 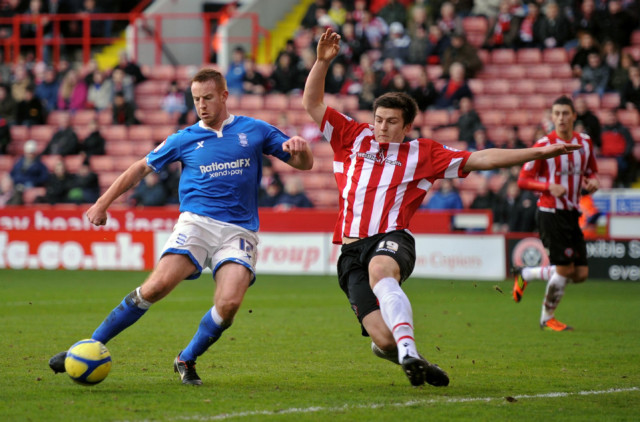 Maguire is another Steel City native who started at Bramall Lane 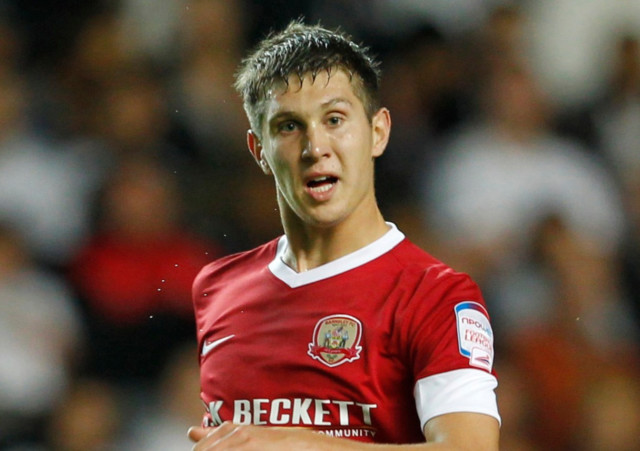 Stones graduated from Barnsley’s academy before a move to Everton

A quarter-final against Ukraine ought to be a step down in class, with an assumption that Southgate may return to a back four and add another attacking player, such as Mason Mount or Jack Grealish, in a No 10 role.

But Ukraine switched to a back five for their last-16 win over Sweden and after Maguire, Stones and Walker proved such a success against Germany, there will be a temptation to stick with a winning formula.

And Southgate, who has lived near Harrogate for years and considers himself ‘an honorary Yorkshireman’, certainly seems to have adopted that miserly nature with his tactical approach.