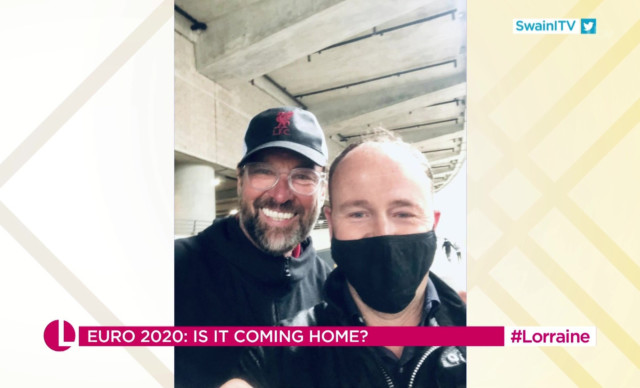 AN INCREDIBLE Jurgen Klopp lookalike who duped an ITV reporter into giving him an interview has said the gaffe was “so funny” after being unveiled as a multi-millionaire tycoon.

Ray Cornwell, 61, blagged the “kind of spontaneous” chat with Good Morning Britain’s Jonathan Swain at Wembley ahead of England’s match against Germany on Monday.

He was dressed head to toe in Liverpool training kit as he joined excited fans and looked the spitting image of the Liverpool manager.

And his look was so convincing that Swain even recalled meeting him on Lorraine.

But despite leaving football fans in stitches, Mr Cornwell said the joke was unintentional.

“It was kind of spontaneous,” he told Good Morning Britain in his best German accent.

“To be honest I was doing reporting with lots of people and it’s crazy. He came up to me, he said ‘hello how you doing’.

“I said yes, good, ja and I put the German accent on – it was a very quick interview but I fooled him ja – it was so funny when I saw the next day. I saw it on the TV it was crazy!” 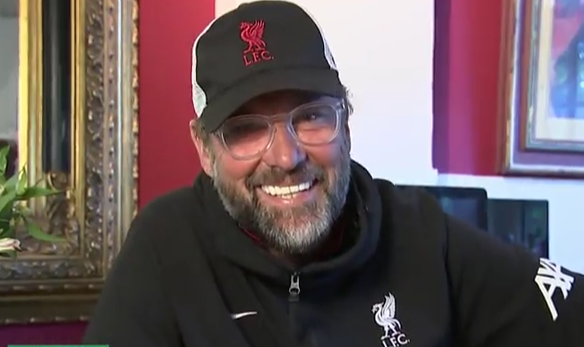 He also owns a hotel in France and Morocco, runs a chain of Mexican restaurants in the UK and a prestige classic car hire business.

But red-faced Swain admitted today he was none the wiser.

Leaping to his defence, he said: “Had I seen him in Wetherspoons with six pints of lagers and a packet of pork scratchings the penny might have dropped!”

It comes after the reporter told Lorraine on Tuesday: “As I was going into the stadium I caught up with Jurgen Klopp as well, the Liverpool manager, of course he’s German.

“He was a great sport yesterday, chatting to many of the England fans. 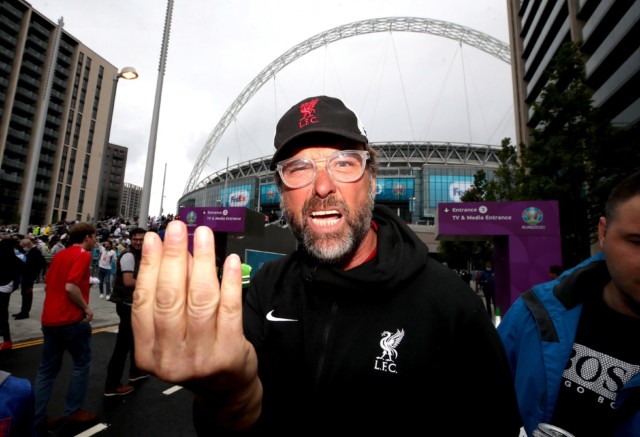 “Even after the match he was on the shoulders of some England supporters drinking a can of beer here on Wembley way. What a tremendous chap.”

He even posted a picture of himself with the Klopp lookalike on Twitter last night with the caption: “I think I might be alright for match commentary.”

After being mobbed by fans and journalists outside Wembley, Mr Cornwell watched the game in a pub with England fans.

And he told the Mail Online: “I’m a self-made man who came from very humble beginnings in South East London. You could say that I’m very successful but what gives me great joy and satisfaction is being Cheeky Jurgen. I just love it.”

The dad-of-three said the idea of becoming a Klopp lookalike came from his seven-year-old granddaughter Annabella, who kept asking him why he was always on TV.

He said: “Every time Liverpool were on TV, she would point at it and say, ‘why is grandpa on television?’

“Over the last few years, I have always been getting comments from people on how similar I looked to the real Jurgen.

“But Annabella said it the most and I thought if my granddaughter really thinks I’m him then maybe I should do something about it.”

Around 18 months ago he bought some Liverpool training kit, learnt some basic German and even bought blue contact lenses to match Klopp’s piercing eyes.