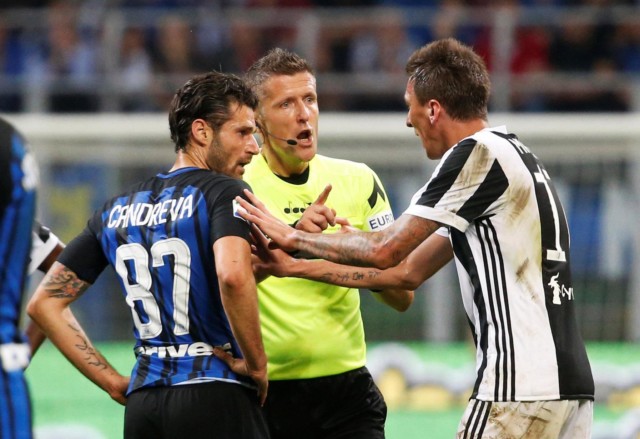 SERIE A referee Daniele Orsato has been call up to Euro 2020 to officiate some of this summer’s biggest games.

The Italian official will preside over the final last 16 game between Sweden and Ukraine tonight.

Has he officiated at a World Cup or Euros before?

The Italian made his first World Cup appearance in 2018 but has never been involved with a European Championship before.

However, Orsato has officiated a series of international friendlies and World Cup qualifying fixtures, including the first leg of the World Cup play-off between Honduras and Australia.

He’s also been a senior referee in Serie A for the past three years.

What has he done so far?

Orsato made his Serie C debut in 2002, moving to the premier Serie A division for the 2006-07 season. He has gone on to make nearly 200 appearances in the division.

Since 2012, the Italian has been involved in Champions League fixtures.

Has he used VAR before?

Orsato reversed a decision in a Serie A clash between Inter Milan and Juventus after using VAR to view the incident.

The Italian correctly decided to send off Inter’s Matias Vecino instead of sticking with the yellow card he had already given.

But in the same game he controversially refused to use VAR after failing to give Miralem Pjanic a card for a high tackle on Rafinha, with the Bosnian already on a yellow.

The decision would prove crucial as Juve went on to secure a late 3-2 win.

VAR has been used in Italian’s Serie A since the start of the 2017/18 season. Orsato is a regular official in the series.

Which Euro 2020 games has he refereed?

Daniele Orsato made his Euro 2020 bow in England’s 1-0 win over Croatia.

And following that game he refereed Spain vs Poland, awarding a penalty to the Spaniards after a VAR review.