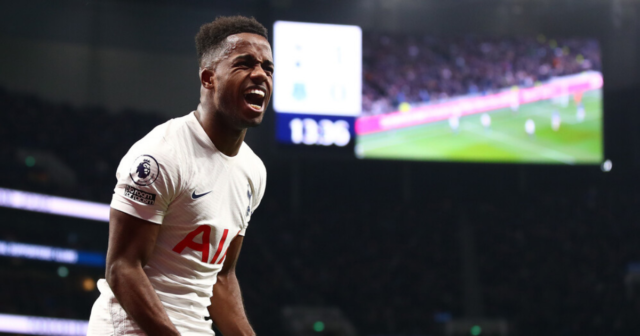 RYAN SESSEGNON has publicly pleaded with Tottenham target Djed Spence to sign for the club.

Right-back Spence posted a compilation video on his Instagram of his best moments last season as helped Nottingham Forest gain promotion to the Premier League.

Djed Spence could be on his way to Spurs this summer

Spurs left wing-back Sessegnon commented on the post with fire emojis and said: “You know what to do now…”

Spence has been heavily linked with a move to the North London side from Middlesbrough for a fee of around £15million.

Fans are confident that Sessegnon’s, 22, message is hinting at nothing else other than Spence’s potential transfer.

A number of Spurs supporters online were quick to name him “Agent Sess”.

Another joked he was: “Channelling his inner Fabio Paratici”, the club’s director of football.

Spence was one of Forest’s standout players last season as he featured 46 times in all competitions and scored three goals.

Forest are keen to have him back at the City Ground on a permanent deal but could be priced out of a move as well as not being able to compete with Spurs’ Champions League offer.

They are targeting Liverpool’s Neco Williams instead.

As for Spurs, they are having a busy summer window having already captured four players – Ivan Perisic, Fraser Forster, Yves Bissouma and Richarlison.

They are also reportedly close to bringing in centre-back Clement Lenglet on loan from Barcleona.