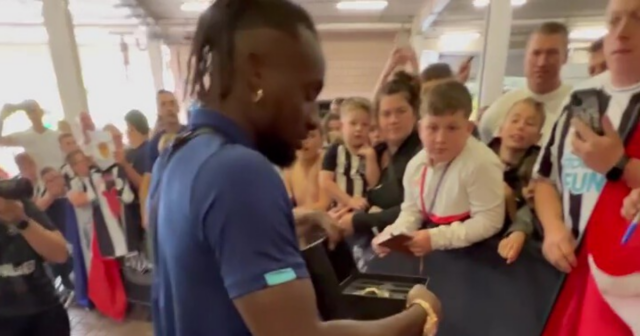 ALLAN SAINT-MAXIMIN incredibly gifted a lucky Newcastle fan a Rolex watch after their victory over Nottingham Forest on Saturday afternoon.

Eddie Howe’s men made the perfect start to the Premier League season with a 2-0 win at St James’ Park.

Saint-Maximin walked over to fans after the win over Forest

He offered the Rolex watch to stunned supporter Steve Dutton 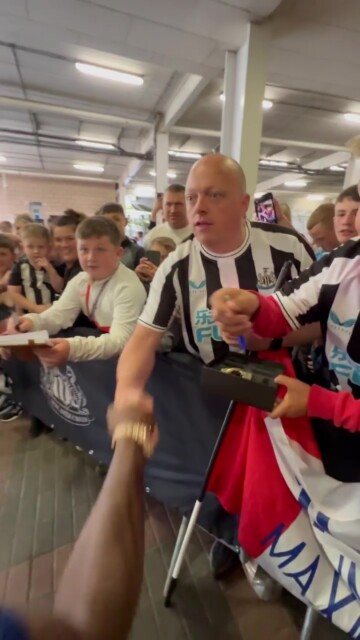 The fan was incredibly thankful for the stunning gift

Saint-Maximin, 25, returned to his blistering best against Forest as he mesmerised the newly-promoted outfit’s back line.

But it was after the match where he left a Newcastle supporter even more stunned.

Upon leaving the stadium, the Frenchman pulled out a glittering Rolex watch and handed it to a gobsmacked Toon fan.

It was a truly breathtaking gesture which Steve Dutton, the name of the lucky supporter, could not believe.

He sincerely thanked Saint-Maximin and shook his hand, before later taking to social media.

He said: “I was the person who was gifted the watch from ASM, I was totally speechless.

“I thought he was coming to sign autographs and have pictures taken with the kids.

Saint-Maximin also shared the clip of him gifting the watch and added the caption: “These are the values of the Helios community

“With the massive support you guys give me all the time, these little attentions are the least I can do to thank you.”

Dutton is not the first Newcastle fan to receive Saint-Maximin’s generosity in the form of a watch.

Howe‘s Newcastle side will be looking to continue their positive start to the campaign when they travel to Brighton this weekend. 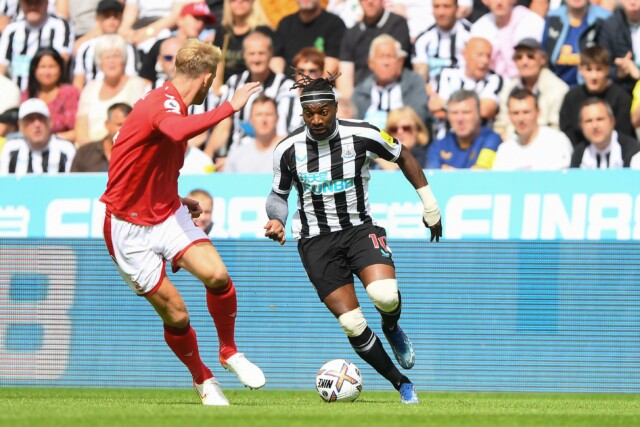