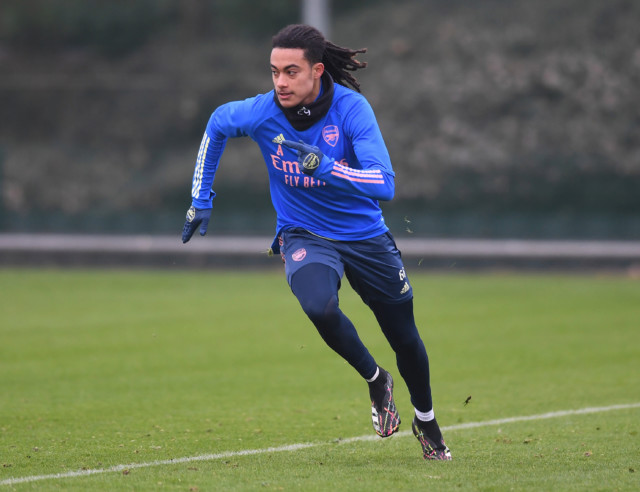 ARSENAL are in talks with whizkid Miguel Azeez over a new long-term deal.

The England youth international, 18, has impressed in the Gunners academy this season.

He made his senior debut as a late sub in December’s 4-2 win at Dundalk in the Europa League.

Azeez’s current deal expires at the end of the season, meaning he will become a free agent on July 1, as things stand.

But Arsenal are negotiating to tie up the talented midfielder’s future.

Meanwhile, the Gunners face a fight to keep hold of Hector Bellerin this summer.

Mega-rich Ligue 1 champions Paris Saint-Germain are reportedly plotting a swoop at the end of the current season.

Bellerin was heavily linked with a £30million move last year.

And former Tottenham boss Mauricio Pochettino – now in charge at the Parc des Princes – is said to be big a big of the right-back.

A renewed push could force Arsenal’s hand, given Bellerin will have just two years left on his contract at the end of the season.

Cost-cutting at the Emirates may tempt Mikel Arteta and Co to cash-in.

The player reportedly considered his future last summer until the current Arsenal chief persuaded him to stay.

According to CBS Sports, PSG are joined by Barcelona and two Serie A clubs in monitoring the Spaniard.