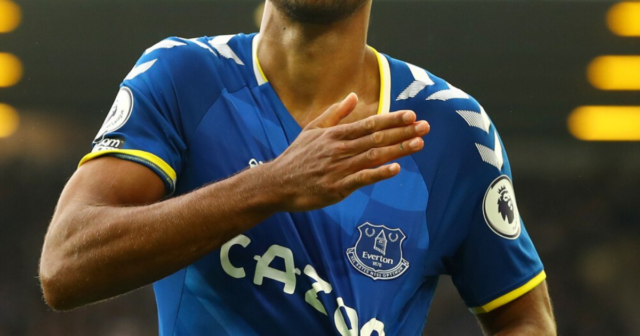 ARSENAL have reportedly made signing Everton striker Dominic Calvert-Lewin next year their No1 priority.

SunSport exclusively revealed last week how the Gunners were eyeing up a swoop for either the England international or Aston Villa’s Ollie Watkins in 2022.

The North London side are desperate to replace French centre-forward Alexandre Lacazette, who is in the final year of his contract at the Emirates.

Meanwhile skipper Pierre-Emerick Aubameyang will only have one year left on his deal next summer as the club prepare to address their attacking options.

And Football.London have backed up SunSport’s understanding that Calvert-Lewin is being eyed up by Mikel Arteta’s side.

They state that the club’s technical director Edu is already drawing up a list of potential targets to pursue next year.

The news outlet claims that Toffees marksman Calvert-Lewin is the standout candidate to lead Arsenal‘s line for the 2022-23 season.

Calvert-Lewin, 24, is seen as someone who fits in with Arsenal’s new policy of signing young and proven Premier League players.

Arsenal were Europe’s biggest spenders in the previous transfer window, with none of their six recruits being over the age of 23.

It is believed that while the Toffees will fight tooth and nail to keep him at Goodison Park, a fee of £50million could be enough to prise him away.

Calvert-Lewin banged in 16 top-flight goals last term, with none of his strikes coming from the penalty spot.

And he already has three goals from as many matches this campaign, but he hasn’t featured since August 28 after picking up an injury.

Speaking on Match of the Day in May, Arsenal legend Ian Wright commented on a move for both Calvert-Lewin and Watkins.

He said: “You’d probably take Dominic Calvert-Lewin simply because of his experience at under-21 level and the fact he’s had a very good season, just like Ollie Watkins.

“It’s an unfair question because I wouldn’t mind taking them both.”