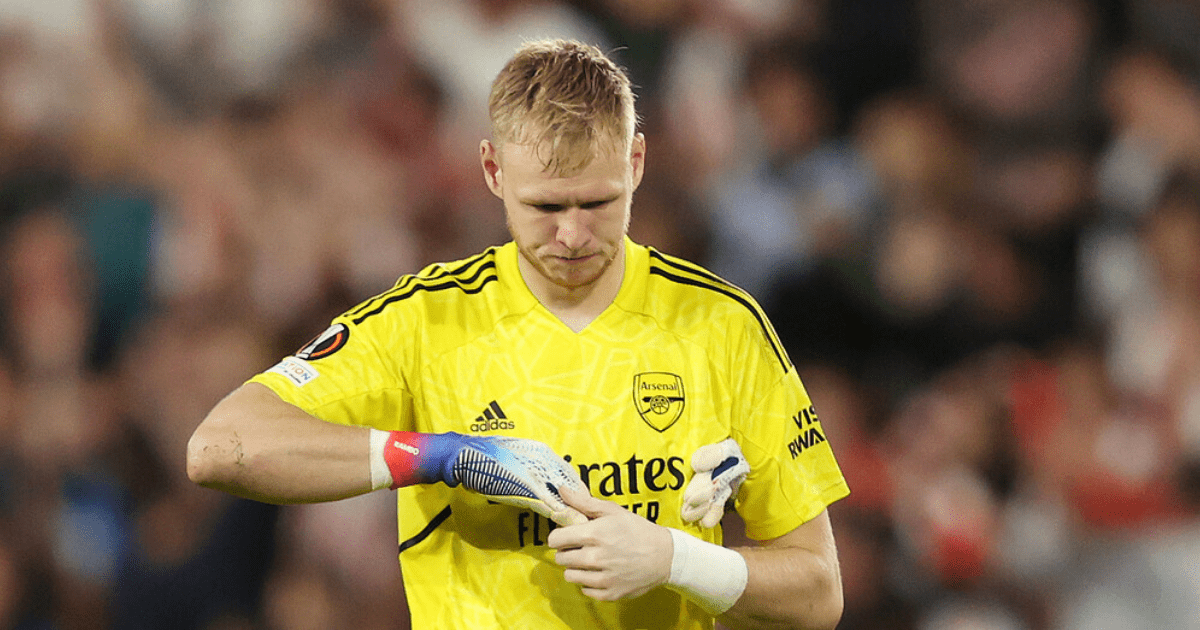 AARON RAMSDALE has revealed his bizarre pre-match ritual – and it was inspired by England legend Bobby Charlton.

The Arsenal keeper, who is part of the Three Lions’ World Cup squad, does a specific routine before each and every game.

Ramsdale said: “In the changing rooms, if I am playing, I take myself away from the main changing room to put my gloves on.

“Then, I go out onto the pitch and put my glove back on, I go to the centre circle, play with the ball and then I go and touch the crossbar.

“I am not massively bothered if I do not touch the ball or crossbar but the gloves one is the main one.”

In a vote on the Lions’ Den, the FA’s YouTube channel, fans had to vote over who would be the tidiest out of Harry Kane, Jude Bellingham and Ramsdale.

England captain Kane won the vote and Ramsdale said: “He is an older senior player. He looks after himself. Always looks immaculate.

“Do I look like someone who folds his t-shirts? I just throw them on the floor and put them in the washing machine.”

Three Lions skipper Kane trained yesterday after having scans on an ankle knock he picked up in the 6-2 win over Iran.

Barring a setback, he is expected to be fit for tomorrow’s second group game against USA.

But midfielder James Maddison will miss the match, having not yet taken part in team training.

Did you miss our previous article…
https://www.sportingexcitement.com/football/premier-league/dele-alli-has-had-quickest-downfall-ive-ever-seen-his-future-is-uncertain-and-not-with-everton-says-alan-stubbs/

In this article:bobbycharlton, ramsdale, reveals