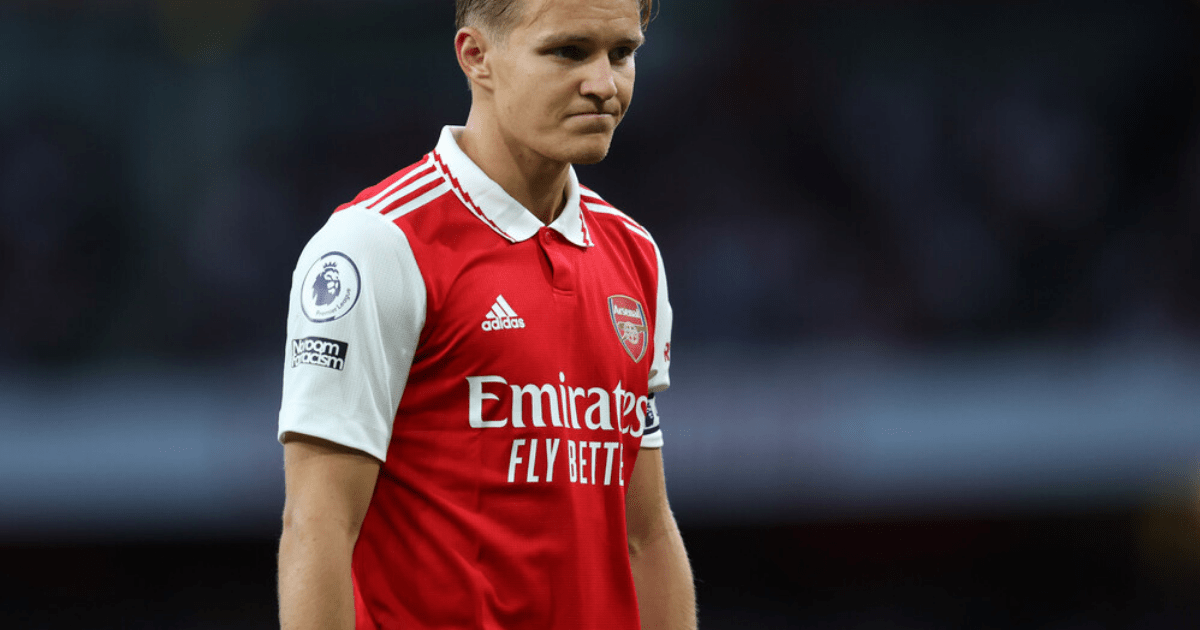 ARSENAL’S squad is being stretched to its limits in the build-up to Saturday’s crucial North London derby.

Martin Odegaard and Ben White are being closely monitored after struggling with niggles while Emile Smith Rowe and Mohamed Elneny have already been ruled out for Spurs’ visit to the Emirates at the weekend.

It leaves Gunners boss Mikel Arteta already sweating over his options less than two months into the season.

And the persistent injury problems are already causing concerns at the club over the depth of their squad and their ability to maintain a title challenge.

Chief among Arteta’s concerns is the fitness of key midfielder Partey, who withdrew from Ghana’s squad ahead of last week’s game against Brazil after reporting discomfort in his knee.

Having already missed four of Arsenal’s eight games this season due to a persistent thigh problem, Partey’s latest injury has raised new doubts about his long-term availability.

And while his latest setback is not thought to be serious, his past record means the club’s medical team will not be taking any chances.

Tierney was replaced during Scotland’s 2-1 win against the Republic of Ireland last week after suffering a clash of heads and was forced to withdraw from the squad due to concussion protocols.

And with Zinchenko still struggling to recover from the  calf strain which ruled him out of the recent 3-0 win at Brentford, Arsenal desperately need Tierney to be available for Tottenham’s visit.

Odegaard, who also missed the Brentford game with a calf problem, played for Norway with no problems but is being carefully managed by Arsenal.

And it is understood that Arteta asked England not to include centre-half White in their squad for the Nations League games against Italy and Germany because he has been troubled in recent weeks by hip and knee strains.

Tomiyasu, who has yet to start a Premier League game this season, returned early from international duty with Japan while Smith Rowe could face groin surgery and Elneny is unlikely to play again this year after suffering a hamstring tear.

Did you miss our previous article…
https://www.sportingexcitement.com/football/premier-league/jude-bellingham-set-to-snub-man-utd-city-chelsea-and-liverpool-for-real-madrid-as-he-wants-transfer-to-laliga-giants/