Chelsea and Arsenal legend Cesc Fabregas, 35, closing in on shock two-year deal with Serie B side Como
Advertisement 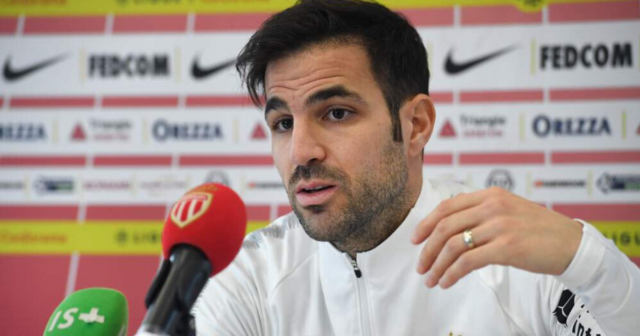 CESC FABREGAS has agreed a two-year contract with Serie B side Como, according to reports.

The former Chelsea and Arsenal star is set to move to Italy in a bid to revive his career.

Cesc Fabregas left Monaco at the end of last season

Fabregas, 35, left Monaco at the end of last season after enduring an injury-plagued final season in the Principality.

He made just five first-time appearances last term, with the most recent coming in August 2021.

According to Italian transfer expert Fabrizio Romano, Fabregas is set to sign a contract to June 2024 with second-tier outfit Como.

The Serie B side have a Chelsea connection at board level, with Dennis Wise their chairman.

Fabregas is desperate to play again after suffering the “worst year” of his life amid a bad hamstring injury.

He told So Foot in May: “It’s certain that it’s finished between me and Monaco.

“My contract expires in June and I am looking to depart. My head needs a departure elsewhere.”

“I have suffered a lot this year; it’s been difficult mentally.”

Fabregas partied in Ibiza over the summer alongside wife Daniella Semaan and pals Lionel Messi and Luis Suarez.

The group, alongside Messi and Suarez’s wives Antonela Roccuzzo and Sofia Balbi, stayed on a £60,000-a-week yacht, then a £260k-a-week mansion.

Fabregas was then reportedly in talks with Las Palmas over a transfer, before opting to join Como.

Fabregas, 35, spent the summer in Ibiza with Lionel Messi and Luis Suarez

Did you miss our previous article…
https://www.sportingexcitement.com/football/premier-league/from-harry-maguire-to-jordan-pickford-these-romantic-footballers-have-finally-met-their-matches/