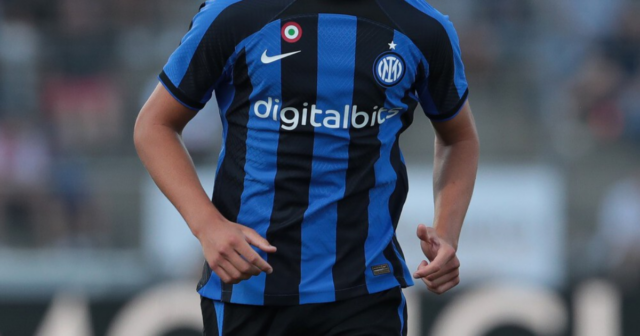 CHELSEA are reportedly set to make a £6.75million bid for Cesare Casadei as they attempt to grab the talented youngster off Inter Milan.

The Blues are impressed with the potential of the 19-year-old and want to make a move for him this window.

But the future prospect is valued at far higher than the £6.75m that reports say Chelsea are about to bid.

Milan do not want to let the midfielder go and it was believed Chelsea may cool their interest after securing Aston Villa’s Carney Chukwuemeka.

But despite the signing, the Blues are still in the market for potential future stars.

They face competition from Serie A club Sassuolo, who are also interested in Inter’s young star.

The report states Chelsea and Sassuolo are in an “unbalanced head to head” with the London side having far more financial muscle than their mid-table Italian counterparts.

Chelsea are believed to have no intention of doing this.

The club however remain confident about signing the star, with other reports suggesting that officials travelled to Italy last week to meet the player’s agent.

Changes to loan rules had led some to believe Chelsea may struggle to bring in youngsters in the future.

A new Fifa ruling says clubs are not allowed to loan out more than eight players over the age of 21.

The Chelsea model in recent years has seen them recruit youngsters and then loan them out in their droves over several years, allowing them to grow in value without ever putting on the Blue shirt.

The rule change is believed to have triggered some of their surprise business in this window.