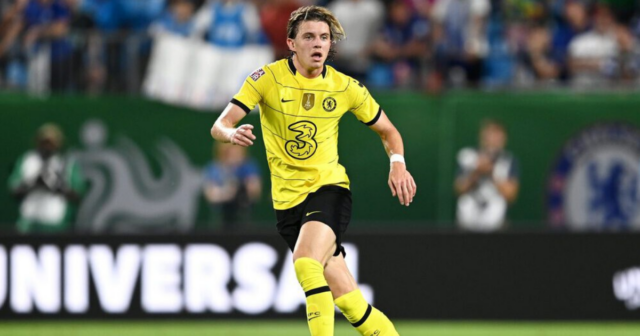 NEWCASTLE have made Chelsea midfielder Conor Gallagher their prime target in the final weeks of the transfer window.

Toon bosses would also like to sign James Maddison from Leicester – but their hopes of landing the Foxes playmaker are understood to be slim.

Chelsea star Conor Gallagher is wanted by Newcastle this summer

So Newcastle will now step up their efforts to persuade Chelsea to sell their £40m-rated midfielder.

But he acknowledges the challenge Gallagher faces to gain a place in his starting eleven, and admits every player has his price.

“Then maybe everybody is for sale.

“I’m a huge fan of Conor. He is first of all a fantastic guy.

“In the first weeks of training, he showed how much of a step he made by having so much playing time and how much of a personality on the pitch he became.

“It’s a very very normal situation in development that, after some really fantastic training sessions in the beginning, there’s a little dip in form, a dip in freshness at the moment, from which he suffers.

“On top he has huge competition with N’Golo [Kante], Jorgi [Jorginho] and Kova [Mateo Kovacic], who are used to playing with each other.

“But this is life in a big club and a competitive club like Chelsea.

“Everything is in its right place. We are happy with him and he keeps on fighting, because this is what he does.

“I think he has everything to become a very important player over the next years at Chelsea.”