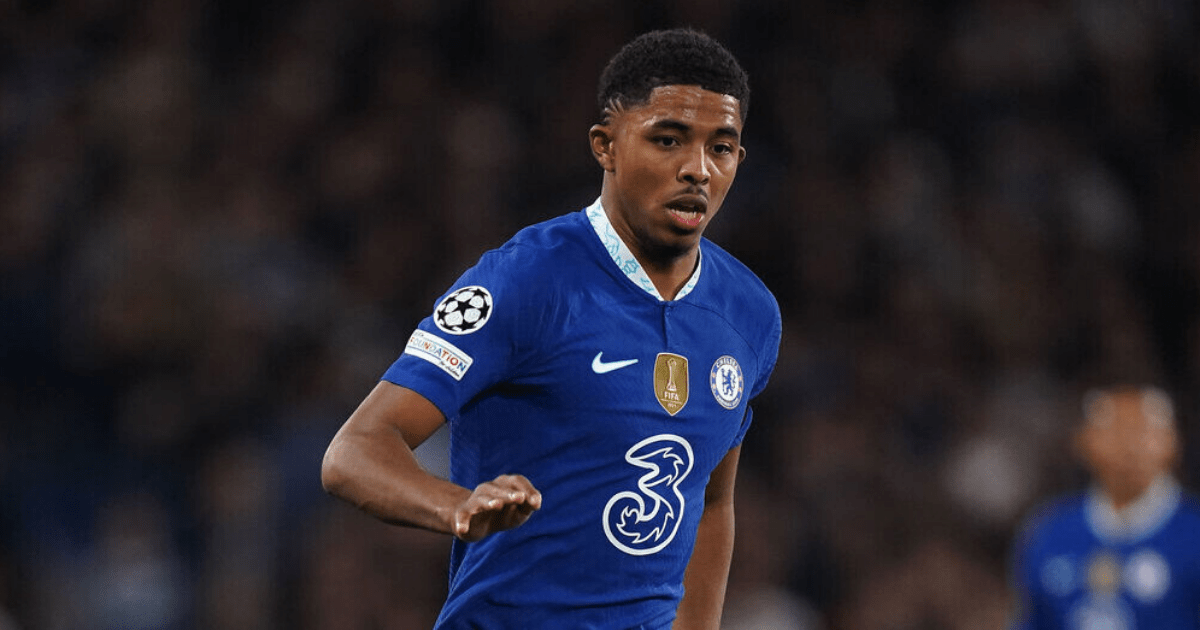 WESLEY FOFANA’s Chelsea team-mates are praying he will recover quickly after hobbling off against AC Milan.

The defender scored his first Blues goal but was then subbed off with a knee issue in a Champions League game last night.

Chelsea fans are hoping the problem is not too serious, with Fofana already missing several months last season after breaking his leg at Leicester.

The 21-year-old tangled with Milan’s Rafael Leao as he tried to break away and fell awkwardly after the winger’s tackle.

It quickly became clear he could not continue, and he left the pitch in tears with medical staff.

Trevoh Chalobah came on in his place with minutes left of the first half.

He was later spotted leaving the stadium on crutches.

Chelsea stars rallied in support on social media as Fofana, who signed in the summer for £70m, provided an update on his condition.

Sharing a picture of his goal celebrations last night alongside Reece James, the former Leicester man wrote: “From laughter to tears. I’ll be back stronger. Be sure.”

Countryman William Saliba from Arsenal joined the well-wishers, adding his own heart and prayer emojis.

The night had started well for Fofana as he scored the breakthrough goal against the Italian champions.

Thiago Silva had forced a good save from the keeper after a header from a corner.

The ball fell to the edge of the six-yard box where a mini-scramble ensued before Fofana steered it home.

The injury ended a positive night for the defender prematurely, and he was off the pitch before Pierre-Emerick Aubameyang and Reece James’ second-half goals.

Blues manager Graham Potter admitted he was concerned for Fofana but was hopeful for good news.

He said of the injury: “That’s the one disappointing thing about the evening.

“We need to scan tomorrow and fingers crossed. I wouldn’t want to speculate on it now. But we’re concerned and we just need to wait until tomorrow and get it scanned and hope for the best.

“These things happen. He’s a young guy, he’s a strong guy, we’ll help him and support him.

“At the moment there’s not too much to report. Fingers crossed and we’re hoping for the best.”