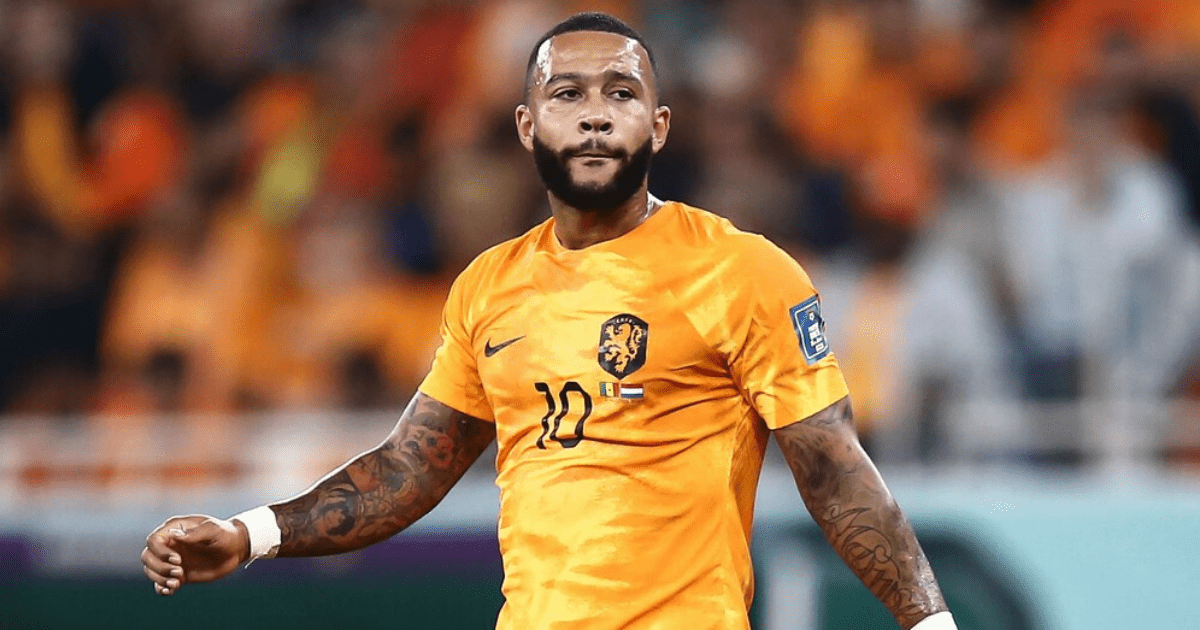 BARCELONA are willing to sell Chelsea target Memphis Depay for just £4million, according to reports.

The Dutchman nearly departed the LaLiga side last summer, only for a transfer away to fall through.

Memphis Depay was in action for the Dutch on Monday

He has since played just 131 minutes in all competitions, however, with Barca now eager to take whatever money they can for him in January.

The Catalan giants are reportedly unhappy with how he handled a hamstring injury sustained in September.

According to Spanish paper AS, Barcelona expected the issue to keep Depay sidelined for only four weeks.

They add that Barca were fuming that six weeks later Depay remained “on leave” – asking to head back to Holland early ahead of the World Cup.

Depay’s injury woes have reportedly strengthened Barcelona’s desire to sell him – with a bid of just £4million claimed to be enough to secure his signature after the tournament.

Chelsea have been linked with the former Manchester United attacker, as they aim to add firepower to Graham Potter’s attack.

A switch would see Depay reunited with former Barcelona team-mate Pierre-Emerick Aubameyang – who made the same switch in August.

Despite his injury troubles, Depay was named in Louis van Gaal’s 26-man Netherlands squad for the World Cup.

He was only deemed fit enough for the bench for his side’s opener, coming on with 28 minutes remaining in their 2-0 victory over Senegal on Monday.

In Depay’s absence, Vincent Janssen and Steven Bergwijn started up top for the Dutch.

Barca are hoping that a strong World Cup showing could help Depay regain some market value.

His only goal this season came in a 3-0 victory over Elche back in September.

Chelsea are desperate to improve offensively – sitting eighth in the Prem table having scored just 17 goals in 14 games – the lowest tally in the league’s top ten.

Addressing his future on the eve of the tournament, Depay said: “I don’t know what will happen after the World Cup. The injury has been hard, but I’m already recovered and I’m enjoying the World Cup.

“I’m very happy to play again, very happy. It took me a long time to come back. It hasn’t been easy mentally, but I’ve worked hard to get there.”