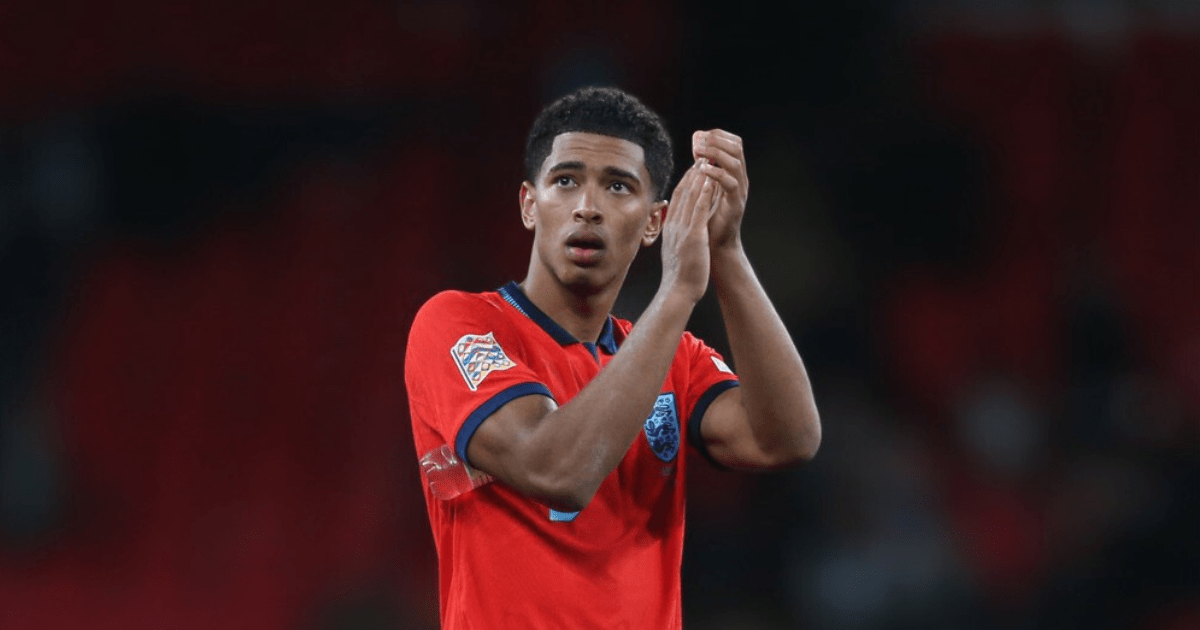 CHELSEA have joined the race to sign Borussia Dortmund and England midfielder Jude Bellingham, according to reports.

The Blues are hoping to give their ageing midfield a much-needed facelift next summer.

Jorginho and N’Golo Kante are both in their 30s and manager Graham Potter will want younger players ready to take over.

And according to The Telegraph, Chelsea have joined rivals Liverpool and Real Madrid in the race for Bellingham, who has continued his meteoric rise by nailing down a starting spot for England.

Bellingham is forming a strong partnership with West Ham’s Declan Rice in the middle of the park heading into the 2022 Qatar World Cup.

The midfielder is also Dortmund‘s main man, following the exits of Erling Haaland this summer and Jadon Sancho in 2021.

The report states Bellingham could cost any interested party around £130million.

However, SunSport exclusively revealed that could drop to £83m IF the fee is paid up front.

Chelsea are having to play “catch-up” after being told Liverpool and Real are leading the race.

Real are said to have made Bellingham their priority signing for 2023.

And Liverpool are in need of fresh legs in the midfield with the likes of James Milner and Jordan Henderson ageing.

The Hammers captain has been linked with a move back to Chelsea for a number of years.

But in a bid to ward off any interest, West Ham manager David Moyes quoted £150m MINIMUM.

The 23-year-old believes Bellingham will be England’s poster boy for over a decade.

“He’s the future of English football for the next 15 years if he wants to be.

“He is top lad as well — he really pushes you on the pitch. We push each other on and it’s a privilege to play next to him. I’m still only 23!

“I’ve been around and played so many more games than he has but you can just tell as a 19-year-old what he brings to the team already, the energy he’s got.

“He can play anywhere in midfield and I know he’s going to be crucial for us. Every time I play with Jude we’re building that connection.

“Hopefully he keeps flourishing. I say to him, ‘You go and bomb on and attack and I’ll sit here and defend for you!’

“He’s a young man with an old head, really. All the lads love him.