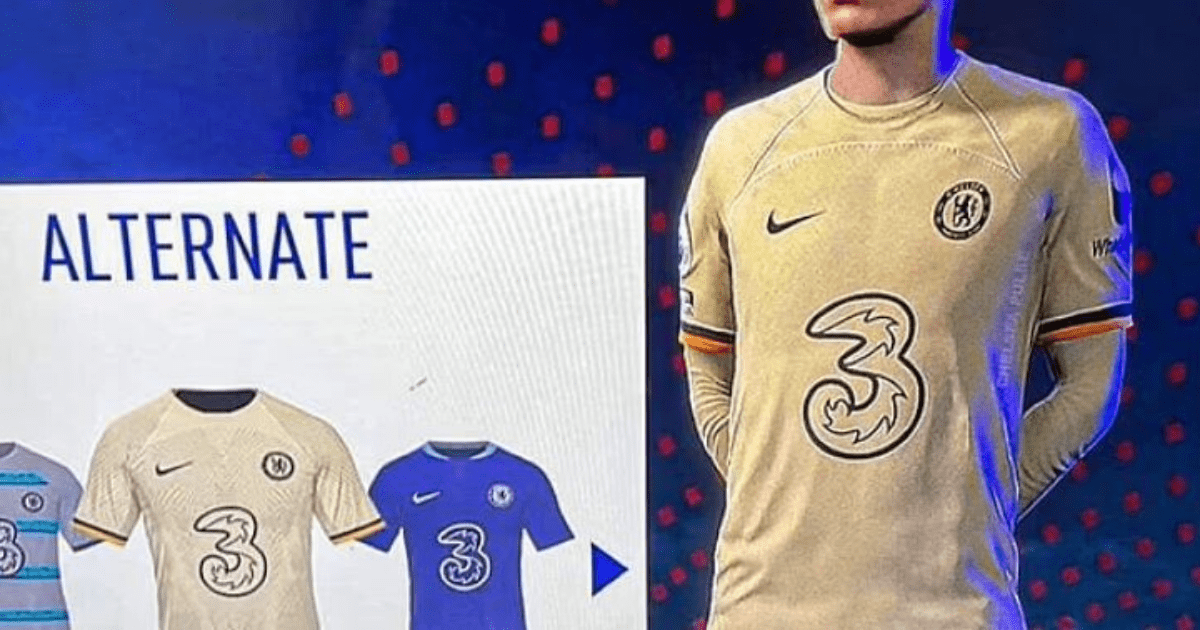 CHELSEA fans are fuming after their third kit appeared to be leaked on FIFA 23 before being officially unveiled.

Despite being well into the season, the Blues have still not released their new third strip. 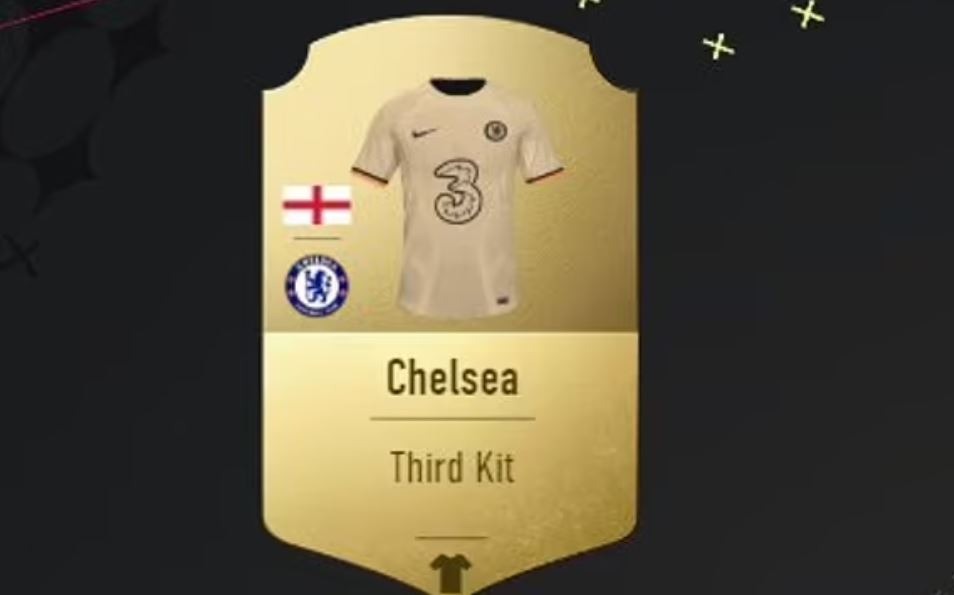 Eager fans keen to see the kit now seem to have got a sneak peak thanks to one popular video game.

Ahead of FIFA 23‘s traditional end of September release date, a few images of the game were leaked.

But in-game snaps of Chelsea have revealed their eye-catching gold kit, which has yet to be officially revealed.

The shirt and shorts are gold but also features a black and orange sleeve trim, black logos and white socks with a black-orange-black hoop.

Annoyed Chelsea fans took to social media as a club kit appeared to be leaked for the second time in recent years.

One said: “No wonder it’s nearly October and still haven’t released the third kit. Club is a shambles.”

Another added: “We’re so unserious.”

A Blues fan also said: “We’ve come to a point where the club can’t be a***d to do the bare minimum.”

Some fans seemed to like the strip based on design, but one added that it was “just bizarre it’s not even been announced yet.”

FIFA 23 is set to be the final FIFA game after EA Sports ended their partnership with the footballing governing body earlier this year.

Last year Chelsea’s home and away kits were also leaked online ahead of time.

The blue home shirt with a white collar and all white away strip both split opinion among fans at the time.

Chelsea fans can look forward to finally seeing their gold kit in real life in the coming weeks.

The London club has six away trips in all competitions in October alone, with kit clashes for their games at Crystal Palace and Brighton guaranteed.

The match at Selhurst Park this weekend is set to be Graham Potter’s first in the Premier League as Blues boss.

Advertisement. Scroll to continue reading.
In this article:chelseafans, leaked, thirdkit