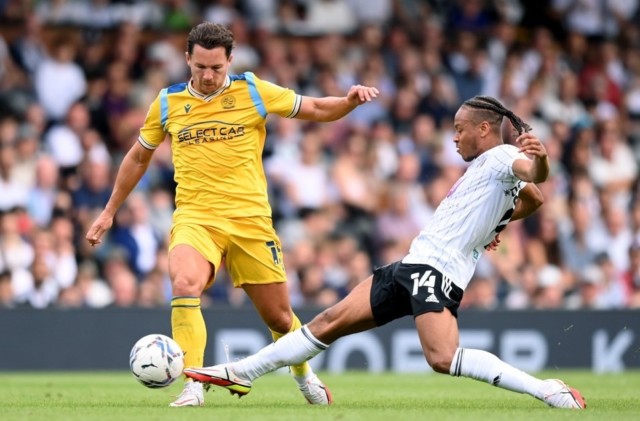 DANNY DRINKWATER says his last few years at Chelsea have been a “shambles” but he is determined to kick-start his career.

The midfielder, 31, has played just 23 times for the Blues since his 2017 move, with his last league appearance coming in 2018.

Now in his fourth loan spell, having joined Reading towards the end of the summer transfer window, Drinkwater is hoping to rediscover his love for the game.

He played a key part in Reading’s surprise win over Fulham on Saturday in his debut, and he is eager to get more game time.

After the match he told talkSPORT: “Can I paint a picture? No. It’s been a shambles.

“I need to [kick-start my career]. I’m more excited about this than I have been for a few years now, especially how my career’s panned out.

“Games, getting the enjoyment of football back, then going from there. A few have slid away, I’ve made mistakes, I’ve not played.

“I’m in the last year of my contract, so there’s more than just football riding on it. I’ve got other things.

“I’ve just got to keep in contact with the manager, trust each other and trust the team. Hopefully they trust me and we can build on that.”

Drinkwater looks destined to leave Chelsea on a free next summer and needs to impress on his loan spell in order to win a contract.

After all, his previous loan moves have not exactly worked out.

While at Burnley in 2019 the former England ace was filmed headbutting someone in a bar, before being attacked by six men.

And Drinkwater also headbutted team-mate Jota during a stint at Aston Villa, and was fined two weeks wages.