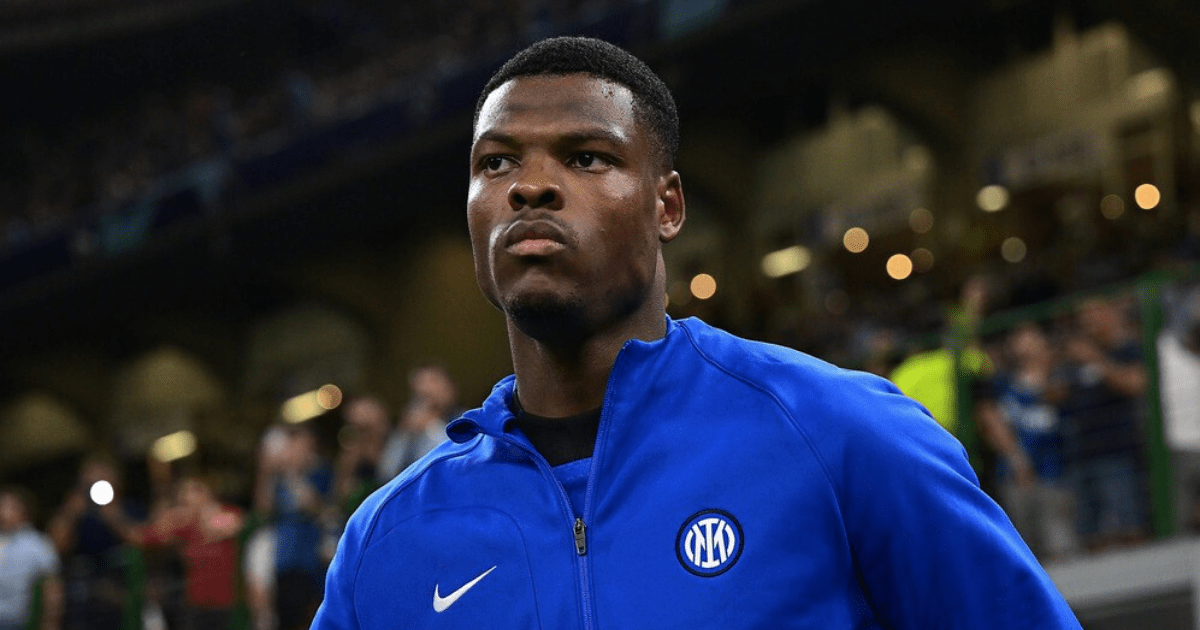 The Blues were linked with a move for the right-back in the summer but a bid never came to fruition.

Manchester United are also believed to be interested in Dumfries following his impressive debut season at Inter last year.

But it is Chelsea who will ramp up their efforts to sign the 26-year-old once the transfer window re-opens, according to Corriere dello Sport.

Chelsea are reportedly willing to offer Inter £45.5million for Dumfries and could loan him back to the Serie A giants for the rest of the season if he agrees to sign.

That is a big if as Dumfries revealed he is only concentrating on winning success at the San Siro – with the Scudetto in his sights.

The Dutchman said of the links to Chelsea: “The interest flatters me, of course. But my focus is only on Inter.

“We want to win the Scudetto because we lost it last season.”

Chelsea could wait until the end of the season to make a bid for Dumfries after spending heavily in the summer.

But United could rival their bid having targeted the right back in the summer.

Erik ten Hag was keen to bolster his options at right-back but the club was unwilling to make an offer for Dumfries before selling Aaron Wan-Bissaka.

Dumfries is under contract the San Siro until 2026 but Inter are believed to be open to selling with money tight.

Chelsea could even use Romelu Lukaku as a pawn in negotiations with the Italian side keen to keep the striker beyond this season.

In this article:defender, manutd, set