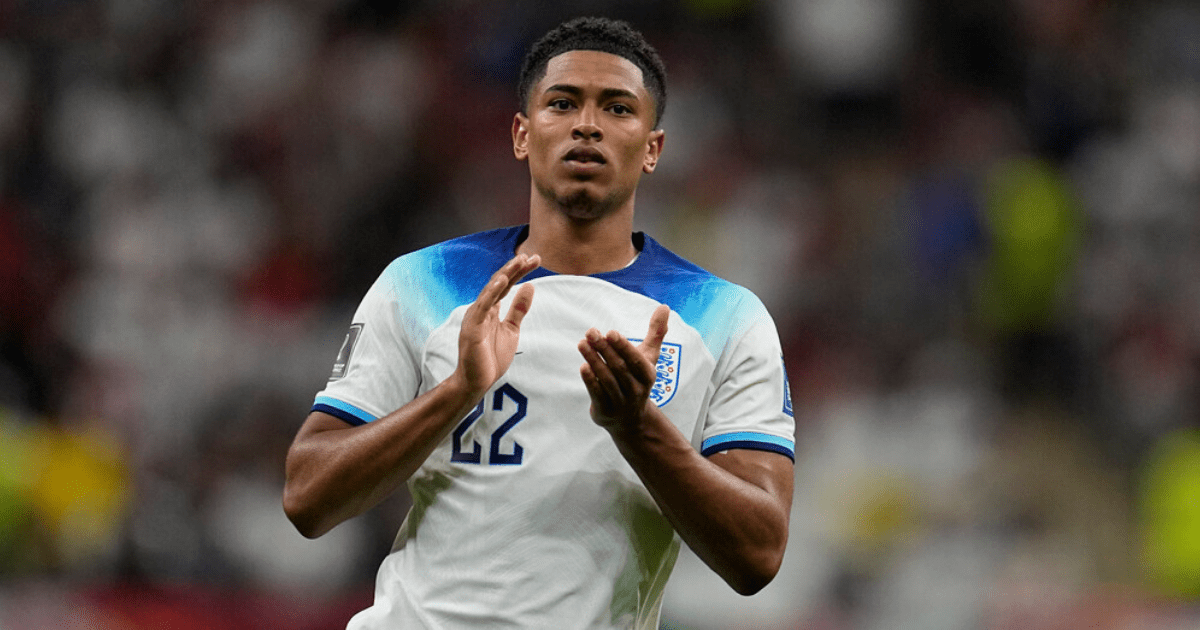 ENGLAND fans have all been left saying the same thing after Jude Bellingham’s stunning performance against Senegal.

Bellingham, 19, produced a midfield masterclass as England thumped Senegal 3-0 in the World Cup to set up a quarter-final against World Champions France.

The Borussia Dortmund star registered an assist before driving the team forward and laying on the pass before the assist for the Three Lions second.

His performances at club level have also been nothing short of breathtaking, and fans are now recognising a decision made by Birmingham City when they sold the Englishman.

Back in 2020, when Bellingham was sold to Dortmund, Birmingham took the shock decision to RETIRE his number 22 shirt number.

At the time the decision was ridiculed, but in a humbling climb down fans are now holding their hands up to acknowledge the Blues.

Taking to Twitter, one fan said: “Birmingham City retiring Bellingham’s shirt is going to be the best ever preemptive decision in the history of mankind.”

A second user said: “We all owe Birmingham an apology for laughing when they retired Bellingham’s number. They knew.”

Another user tweeted: “Remember when we all took the piss out of Birmingham for retiring Jude Bellingham’s shirt number? Sorry @BCFC, you were right.”

“I didn’t get it at first, but now I completely understand why Birmingham retired Jude Bellingham’s number,” conceded another.

One fan posted a video of former Ukip leader Nigel Farage when he says: “You all laughed at me. Well I have to say, you’re not laughing now are you.”

This was paired with the caption: “Birmingham fans after the club was mocked for retiring Jude Bellingham’s shirt.”

Bellingham has been one of the shining lights of England during this World Cup, starting in every game and forming a strong partnership alongside Declan Rice and more recently Jordan Henderson in midfield.

Liverpool star Henderson and Bellingham have struck up an unlikely friendship while on international duty in Qatar.

Indeed, this came to the fore when Bellingham laid on the opener for Henderson to score England’s opener against Senegal.

Did you miss our previous article…
https://www.sportingexcitement.com/football/premier-league/arsenal-and-tottenham-in-piero-hincapie-transfer-fight-with-bayer-leverkusen-demanding-25m-fee-for-20-year-old/