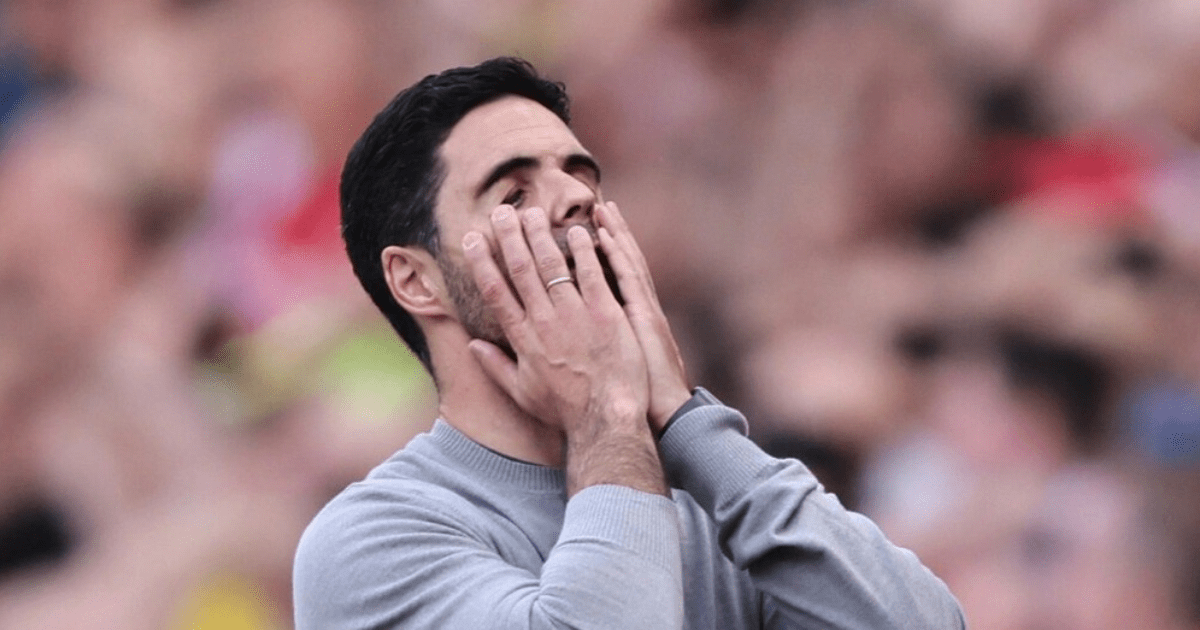 TOTTENHAM fans trolled Mikel Arteta’s All or Nothing rant – because Nuno Tavares is the only Arsenal player in the Champions League this season.

The last episodes of the Amazon Prime Video documentary tracking the Gunners’ 2021-22 season will be released this week.

And the finale will feature the anticlimactic end to the season which saw Arteta’s side miss out on the top four.

The Spaniard let rip at Tavares at half-time in the 2-1 win at West Ham in May.

But as fans read the extract in SunSport today, they could not help but snigger that the one Arsenal star who will hear that iconic music and dine at Europe’s elite table this season is Tavares.

The Portuguese left-back, 22, joined Marseille on loan for the season following the arrival of Oleksandr Zinchenko – and scored a cracker on debut against Reims.

And after finishing second to PSG in Ligue 1 last term, Igor Tudor’s side will be in the group stage draw on August 25.

For Tavares’ team-mates back in North London, though, the end-of-season collapse meant Tottenham pipped them to fourth.

So instead Arsenal will feature in the Europa League on Thursday nights.

A Tottenham supporter added: “Now that is funny.”

And another Spurs fan joked: “Things you love to see.”

But the Emirates faithful are feeling confident of finishing in the top four this season.

A strong summer of recruitment and then starting the season with two wins has got the optimism flying around the club once again. 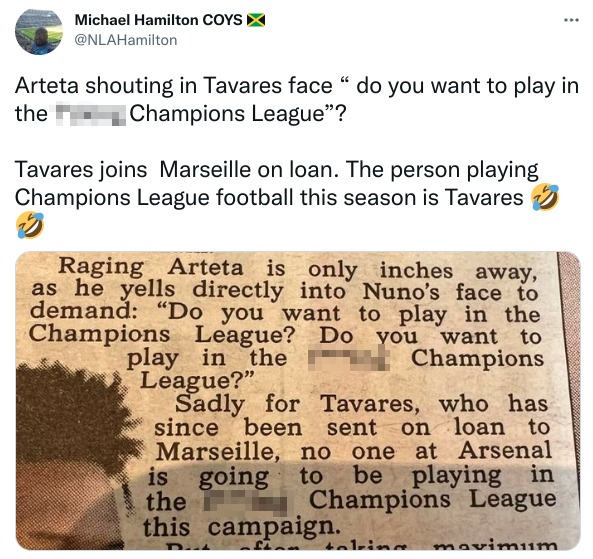 SunSport readers could not help but laugh at the irony