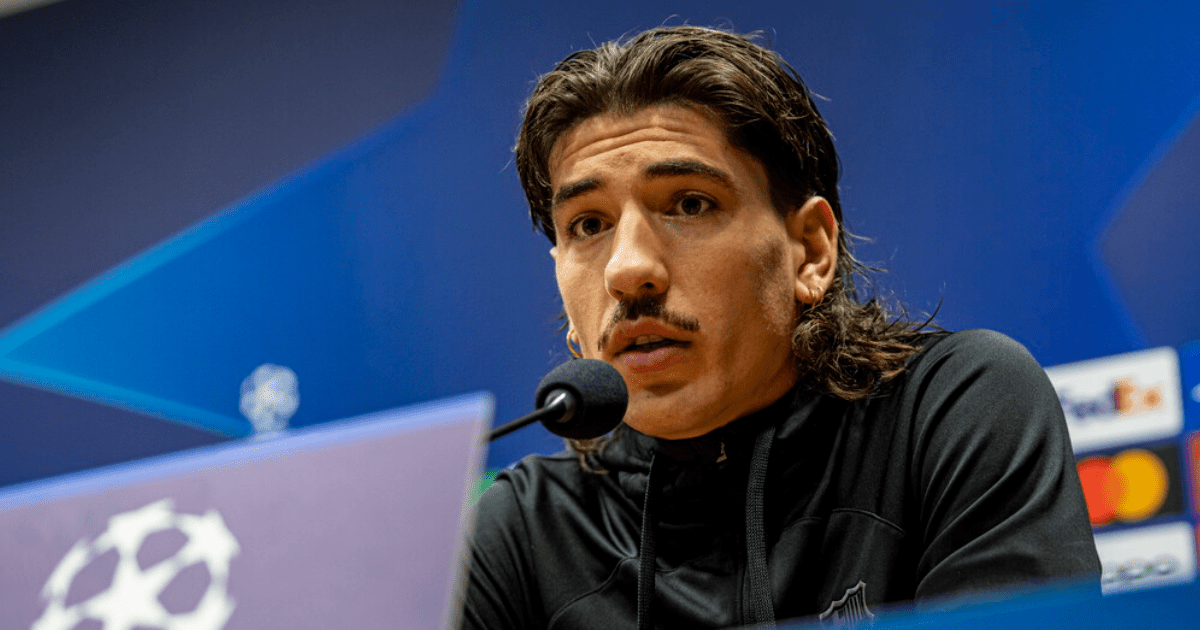 BARCELONA star Hector Bellerin has left his team-mates and fans in shock as he showed off his new look.

The former Arsenal star returned to club training yesterday having not been selected in the Spain squad for the World Cup and returned looking like a different man.

Barcelona’s Hector Bellerin has shaved off his long-hair

Hector Bellerin’s transformation has left many in shock

Prior to the mid-season break Bellerin had long wavy hair pushed back behind his ears which was similar to a mullet.

But the always trendy Spaniard has taken a trip to the barbers and gone for a buzz cut.

The 27-year-old looked unrecognisable with his new short haircut.

The moustache that Bellerin has grown since leaving North London, initially on loan to Real Betis, has stayed.

Fans have had mixed responses to the makeover, one said on Twitter: “Bring back the mullet please.”

Some supporters even thought he now resembles Freddie Mercury.

Bellerin has had a tough start to life at Barca following his summer move, only playing five matches so far.

His contract at the Nou Camp expires at the end of this season and the likes of Roma are reportedly interested.

There have been claims that Barca could be willing to sell him in January to avoid losing him for free.

It’s a fall from grace for Bellerin as last season he played for boyhood club Betis and cried on the pitch alongside his father during his final game on loan there.

He won the Copa del Rey with them, the club’s first trophy in 17 years, but they could not afford to keep him with team-mate Borja Iglesias suggesting a crowdfunding page should’ve started to raise money.