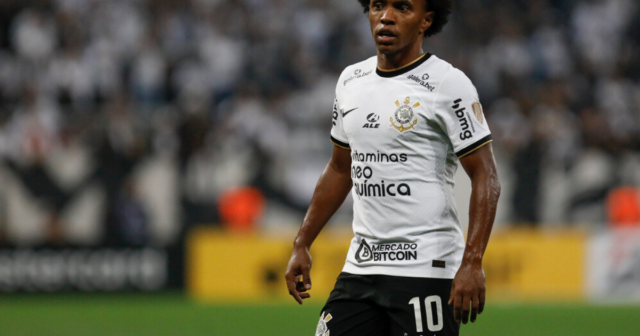 The 34-year-old star has terminated his contract and is negotiating a move to Premier League new boys Fulham.

Fulham are in talks to sign Willian after he left Corinthians

The winger, who has 70 caps for Brazil, said: “I did not come to Brazil to get threatened.

“Whenever Corinthians lost and if sometimes I was not doing well in the game, my family received threats, and curses on social media.

“My wife, my daughters, after a while (they) also started attacking my father, and my sister.”

The 34-year-old has scored once in 45 games since rejoining Corinthians from Arsenal last summer.

Willian has been attacked by some of the fans over poor performance in the field, as Corinthians was eliminated from two important competitions in recent weeks, despite the team being second place in the Brazilian league.

The club issued a statement, saying: “Corinthians accepted the dismissal of the athlete, the anticipation of the end of the contract.

“Willian alleged private and family problems and the desire to leave Brazil. Corinthians is sorry, but respects the player’s decision.”

Willian is now jetting back to live in London with his family.

And Goal claims the playmaker could now be set for a third spell in the English capital with Fulham.

Willian is believed to have opened talks with Marco Silva’s side before his Corinthians contract was torn up.

And Willian could now be ready to join the Cottagers on a one-year deal as they look to avoid another immediate relegation to the Championship.

Despite his flop season at Arsenal, Willian is best remembered by Premier League fans for his time at Chelsea.