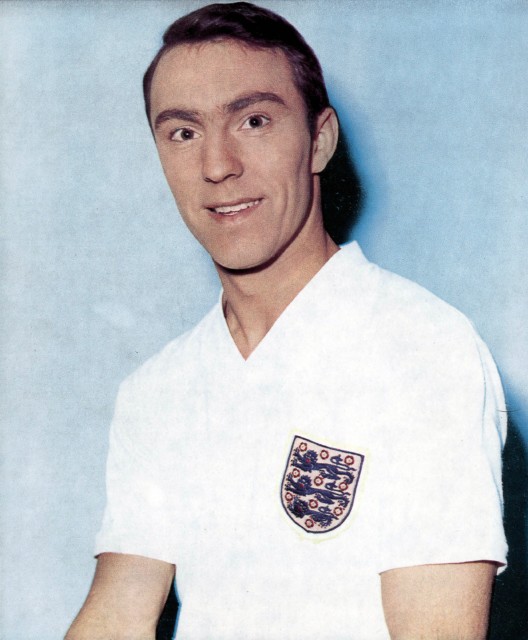 ENGLAND aces past and present last night hailed Three Lions legend Jimmy Greaves as “the best goalscorer to ever play’’.

Strikers Harry Kane and Gary Lineker were among those paying emotional tributes to the Chelsea and Spurs icon, who died yesterday aged 81. 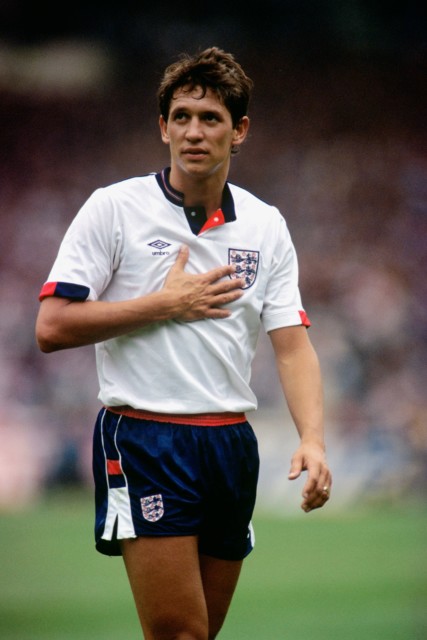 Gary Lineker added: ‘A truly magnificent footballer who was at home both in the box and on the box’

Lineker, 60, who overtook Greavsie’s goal haul for England in the early 1990s, said: “Quite possibly the greatest striker this country has ever produced.

“A charismatic, knowledgeable, witty and warm man — a giant of the sport.”

Spurs and England star Harry Kane, 28, called him “one of the great goalscorers”.

Speaking before yesterday’s game against Chelsea, Kane said: “Frightening, really, how good a player he was, the goal ratios that he returned, the goals he scored year in, year out.”

But he still secured his spot in football history — netting a phenomenal 44 goals in 57 games for England and becoming Tottenham’s record goalscorer.

He also has 357 top-flight goals to his name — still unsurpassed 50 years later.

He then captured a new generation of fans as the wisecracking co-host of ITV’s hit Saint & Greavsie show.

Gary Lineker added: “A truly magnificent footballer who was at home both in the box and on the box.” 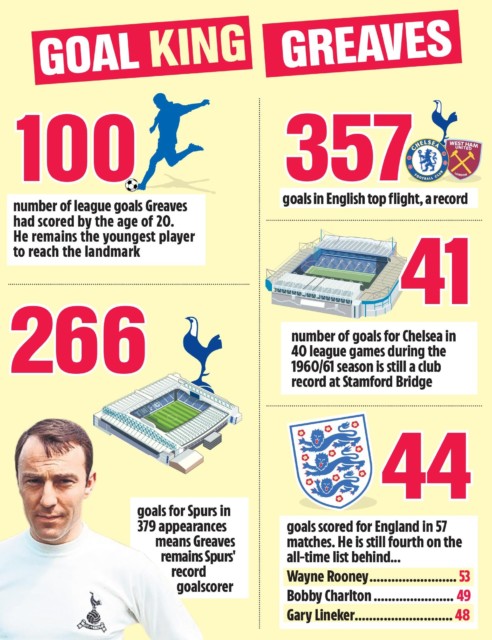 After battling alcoholism, he suffered two strokes in recent years.

His health gradually deteriorated before he passed away in the early hours of yesterday morning.

Sir Geoff, 79, tweeted: “One of the truly great goalscorers, terrific guy with an absolutely brilliant sense of humour, the best.”

Greavsie’s former Spurs team-mate, Alan Mullery, 79, hailed him as “the best goalscorer to ever play”.

England boss Gareth Southgate, 51, added: “His place in our history will never be forgotten.”

James Peter Greaves was born in 1940 to mum Mary and Tube driver dad James, in Manor Park, North London, before the family moved east to Dagenham.

Despite living in West Ham territory, he began his career at Chelsea.

Quick and direct, he racked up an astonishing 114 goals in his first full season as a youth player.

Six months after his move, with nine goals in ten games, Greavsie returned to England with Spurs.

Jimmy quickly became an England star too. He played in the 1962 World Cup and went on to score 44 goals in 57 games, including a record six hat-tricks.

After moving from Spurs, he played 40 times for West Ham in 1970/71 before quitting the game for almost two years.

He then turned out for a string of non-league sides, including Barnet, in the 1970s, before retiring in 1980.

The father of five’s slide into alcoholism began in the 1970s, possibly sparked by him missing out on the greatest accolade of all in 1966.

He recalled: “I danced around the pitch with everyone else but even in this moment of triumph and great happiness, deep down I felt sadness.”

Yet, supported by Irene — his wife of 63 years — he would stay sober for the last 40 years of his life, having only one more drink to toast his MBE in 2020.

Post-football, he became a pundit and columnist for SE from 1979. But it was on TV that Greavsie was best-known.

He became a popular pundit on ITV’s On the Ball. And in 1985 he joined former Liverpool great Ian St John to front Saint & Greavsie on ITV. The 30-minute show quickly became a cult hit because of its relaxed style.

One episode, in 1991, featured future US President Donald Trump. Incredibly, the tycoon pulled out the away teams for a League Cup draw at Trump Tower in New York.

Jimmy joked: “I haven’t seen a boardroom like this since I was in Doug Ellis’s at Aston Villa!”

Greavsie, who had ten grandchildren and great-grandchildren, went on to become a popular after- dinner speaker.

In 2014, he sold his 1966 medal for £44,000 before suffering a stroke a year later which left him in a wheelchair with severely impaired speech.

As his health continued to decline he failed to get the knighthood so many felt he deserved.

In January, Irene, 81, revealed he cried when he heard he had got an MBE.

She said: “The MBE is a small degree of recognition for him but it’s 20 years too late and it’s not a very good honour. Jimmy deserves a knighthood, I told him that. He said, ‘Yes, yes’.”

He is survived by Irene and children Lynn, Mitzi, Danny and Andrew. His fifth child, Jimmy Junior, tragically died before his first birthday in 1960.

It went on: “We will miss you always and remember the incredible fun we had for 20 years during our theatre shows.”

Ex-England striker Michael Owen, 41, added: “My dad always said he was the best finisher in the game.”

Boris Johnson tweeted: “Sad to hear the news about Jimmy Greaves. He will be remembered as a goalscoring legend and one of the greats of English football.” 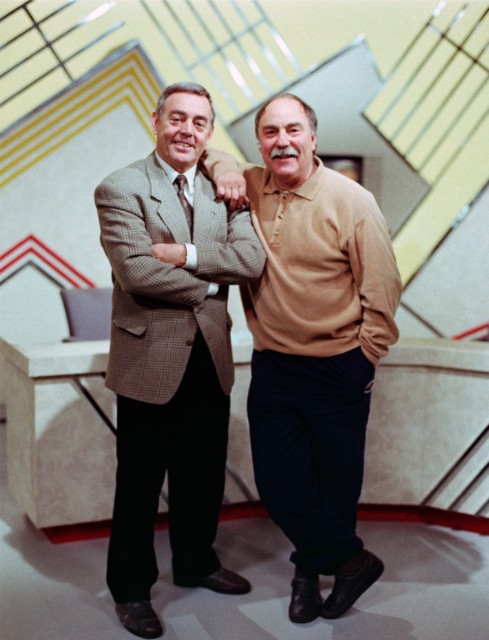 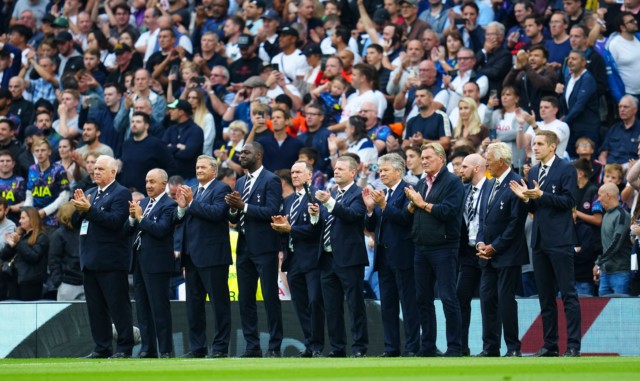 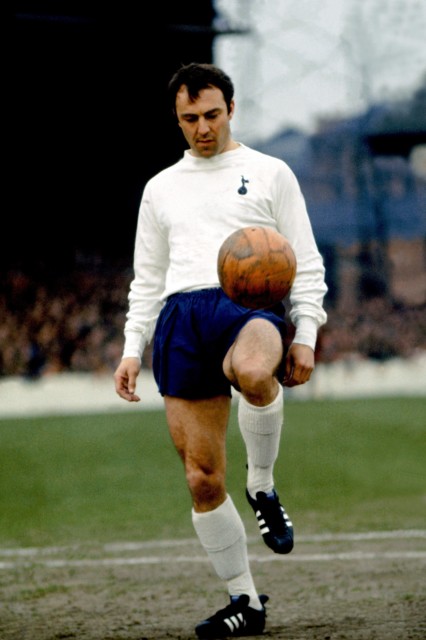 The hero was known for his great control 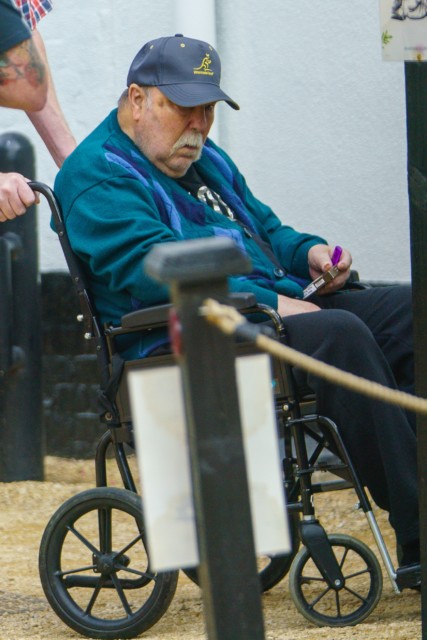