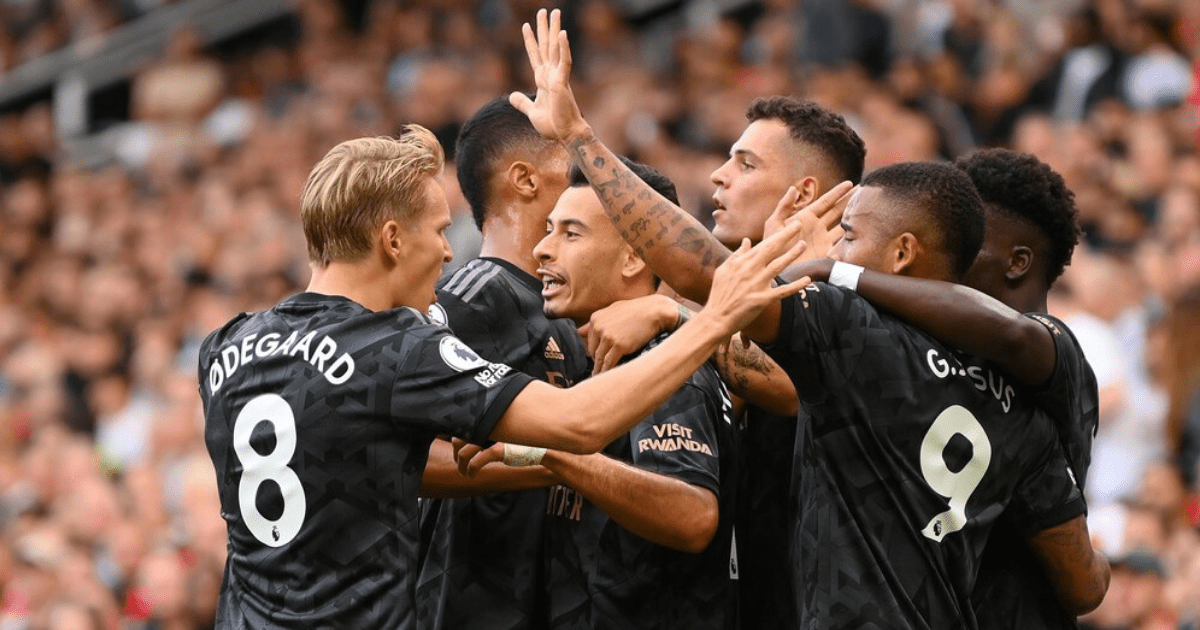 IT would be fair to say the Arsenal fanbase in general showed a lack of faith and a fair amount of concern at the end of the transfer window.

The worries concentrated around a lack of depth in central midfield and also on whether the squad had cover to rest and rotate an overworked Bukayo Saka.

Arsenal’s squad has been reinforced over the summer, but do they have enough depth to maintain their title challenge 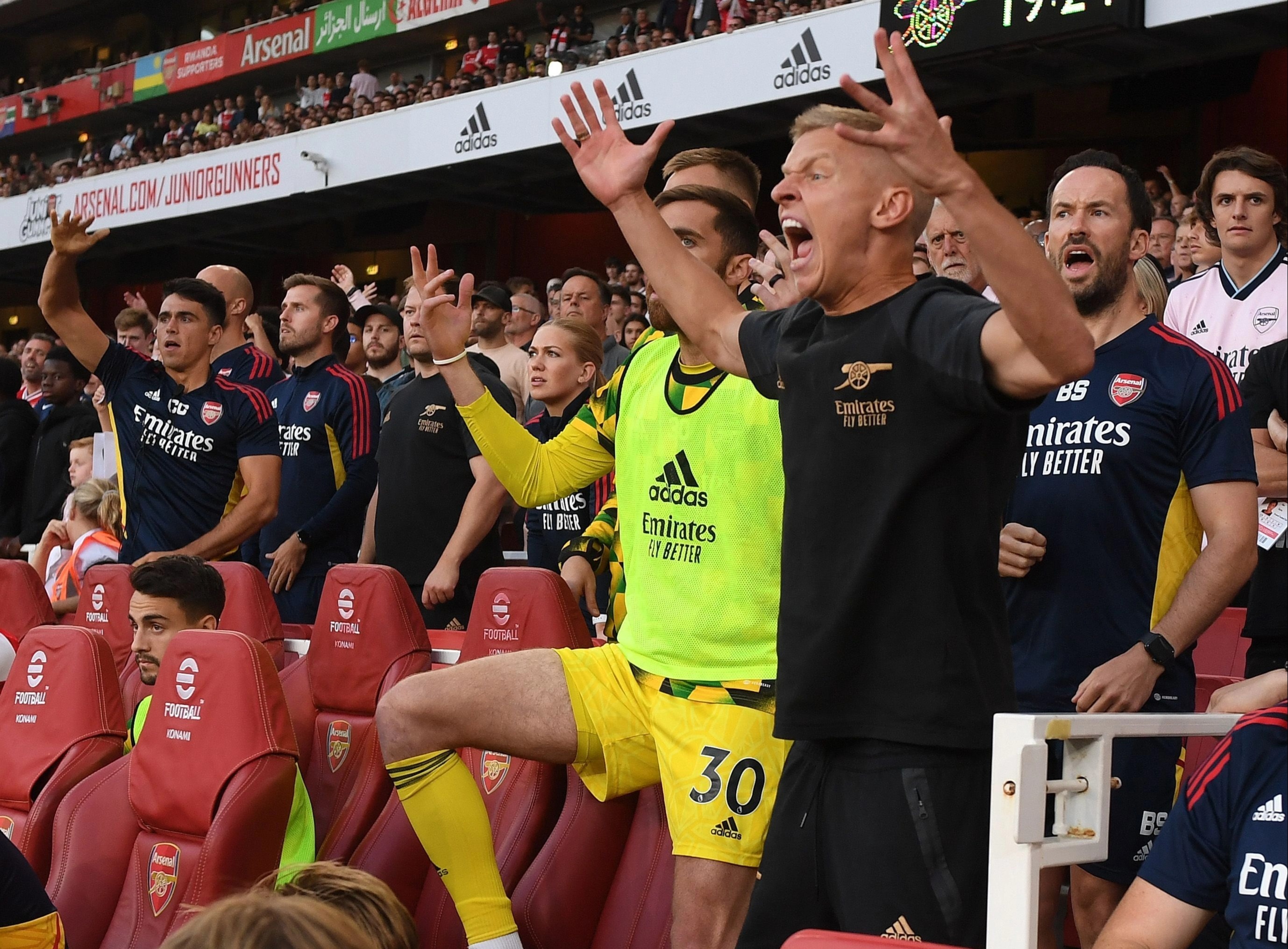 Mikel Arteta has been sweating over the fitness of his squad in recent weeks too, with as many as eight players doubtful for next week’s crucial North London derby following the international break.

But perhaps some of the anxieties have eased as squad members have stepped up nicely and new signings have been belatedly blooded.

So, as The Gunners sit proudly at the top of the Premier League, it is a good time to freshly assess the squad and ask the question – do Arsenal have the depth required until January?

We have only had a minimal look at Matt Turner as Aaron Ramsdale’s understudy, but he looked far more accomplished in Zurich and the more he plays the stronger he will become.

The full-back areas are interesting with Ben White currently the man in possession and Takehiro Tomiyasu his understudy at right back.

Both are tuned into the role and will tuck in comfortably when our left back advances to make a back three. And we still have Cedric Soares, a full international, if White is needed centrally.

On the left there is some concern with Oleksandr Zinchenko and Kieran Tierney seemingly injury prone, but Tomiyasu is highly comfortable there if both first choices are injured in tandem.

Centrally, Arteta has settled on the William Saliba-Gabriel Magalhaes combination at present and the partnership is thriving. White will be cover for the young Frenchman over Rob Holding despite the latter’s popularity and leadership qualities.

I have more concern at left centre back, as with Mari departed, Gabriel is the only leftie and we know Arteta likes his central defenders on their natural foot if possible.

I imagine in the event of an injury to the Brazilian, Saliba, having played left centre back in France, would be asked to move across. The alternative is to switch to a three and utilise Tierney there.

The lack of a left footed understudy, however, is a weakness and I am sure Auston Trusty’s loan progress at Birmingham City will be closely monitored.

Albert Sambi Lokonga has certainly stepped up in Thomas Partey’s absence and played very well at the base of the midfield, allowing Martin Odegaard and Granit Xhaka to stay advanced.

Given his manager’s concerns, with Mohamed Elneny playing ahead of him in the spring, Lokonga has answered his critics to some degree and proved a worthy understudy to the Ghanaian.

Time will tell, but I cannot see a January move for Douglas Luiz if Sambi thrives in Europe, the Carabao Cup and in covering for Partey in the league.

At Brentford we saw a first start for Fabio Vieira, who acquitted himself very well.

He offers different attributes to Odegaard and Xhaka and can certainly be used alongside or instead of either.

The greater concern is the ongoing fitness problems for Emile Smith Rowe. 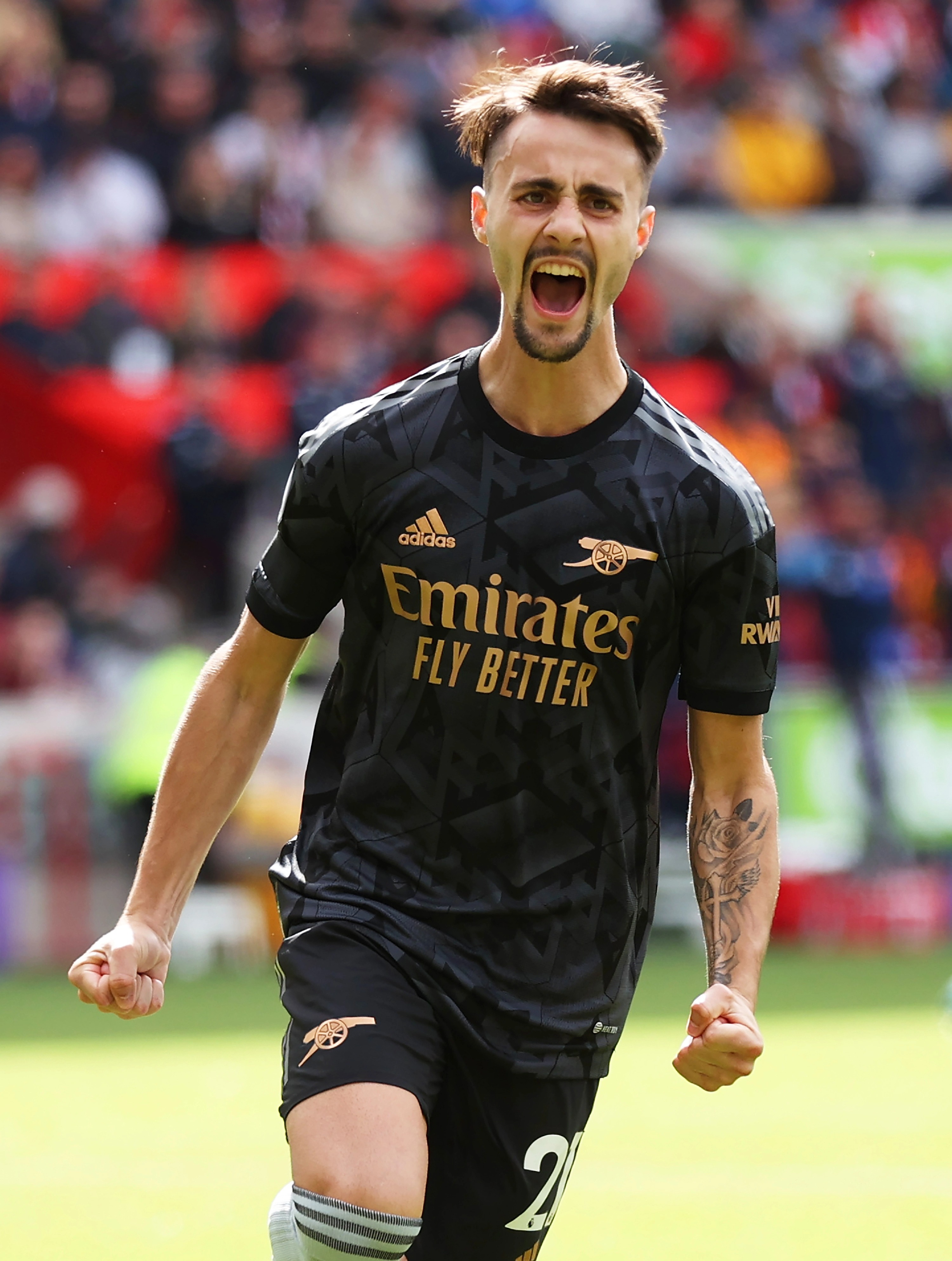 Fabio Vieira impressed on his first Prem start for The Gunners 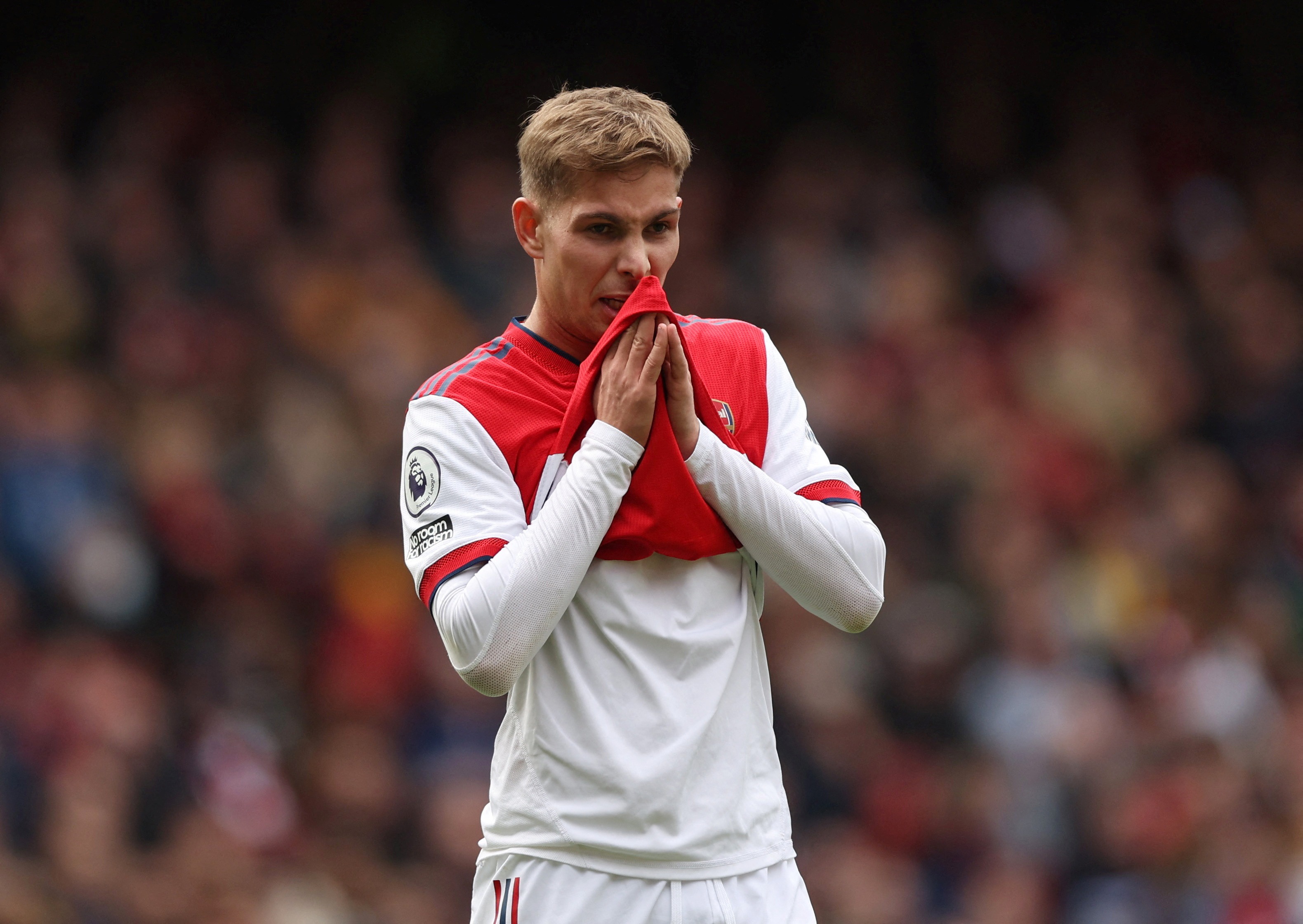 The England star is an obvious alternative ‘8’ as well, more of a dribbler than a passer, which offers great energy and variety to the other three, but he needs to stay healthy.

We already know that Eddie Nketiah can play alongside Gabriel Jesus and compliment or deputise for him.

The England U21 record goal scorer has risen to the challenge and looks as if he will positively impact the match when he is brought on.

When Nketiah comes on centrally, Jesus can move wide but the greater concern was who might provide respite for Saka.

Arteta has expressed his faith in new signing Marquinhos, and he certainly impressed deputising on the right wing in Zurich with a goal and an assist. 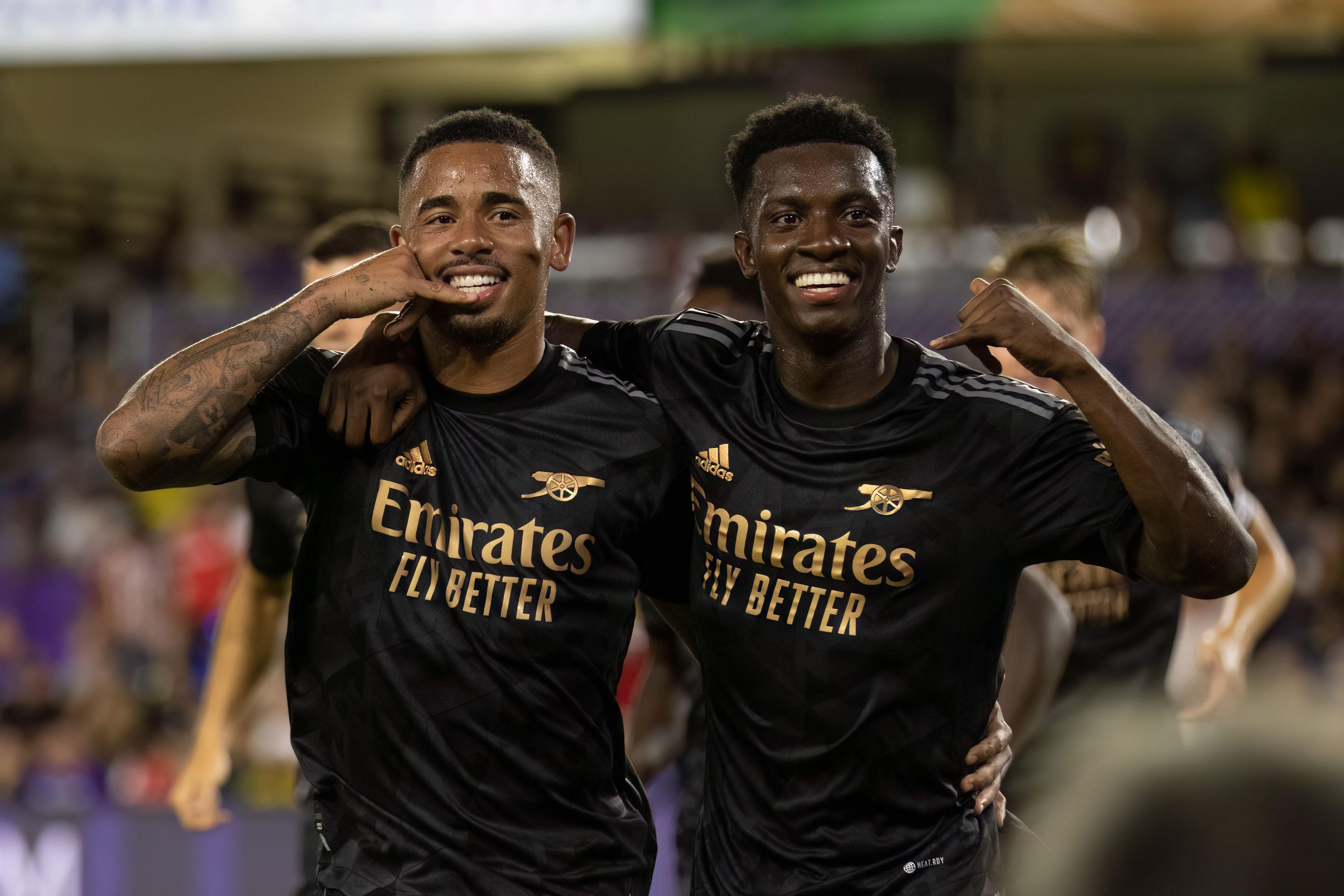 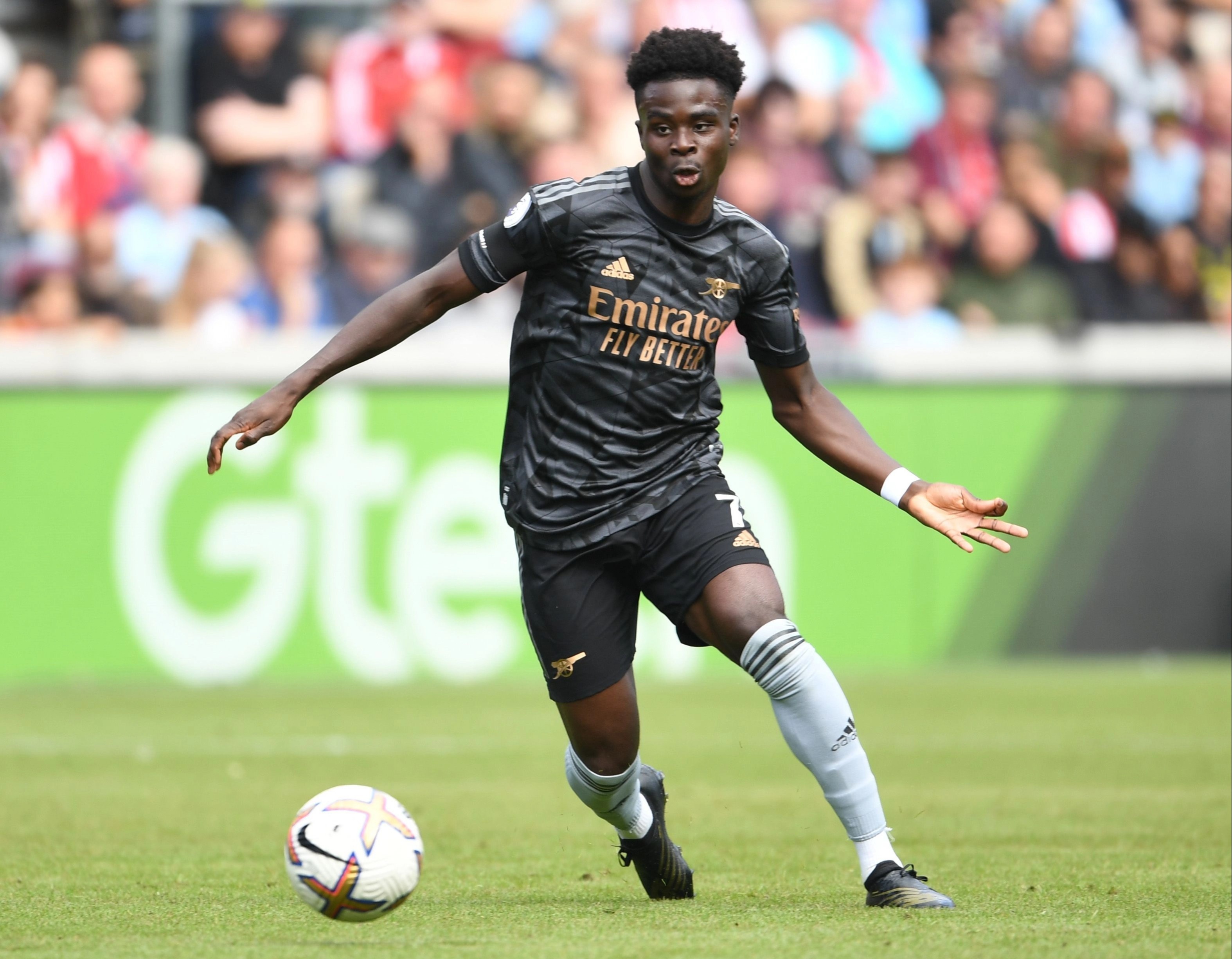 Covering for Bukayo Saka is a major headache for Mikel Arteta

Another minor concern is the fact that with Smith Row struggling, Gabriel Martinelli is having to play virtually every minute, which is an unsustainable situation.

But as with the likes of Tomas Rosicky, Alexander Hleb and Samir Nasri under Arsene Wenger, technically gifted and creative players can adapt to playing wide so we might see Vieira tried there.

Technical ability, alongside flexibility, is key for Arteta and Edu.

The new players are comfortable receiving the ball in tight areas and are accomplished in distribution, but equally they can play in more than one role.

We have seen this already in 22/23 with White, Zinchenko and Tomiyasu at he back and I feel Smith Rowe and Vieira will also offer that high level adaptability further up the pitch.

I am sure the club will be closely watching the areas of weakness and how the new additions perform.

But with better fortunes on injuries and less matches before the January window due to the World Cup, Arsenal’s squad is looking strong and flexible, with the latter being crucial.