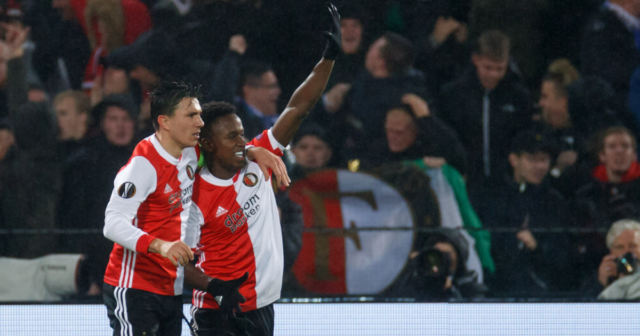 LEEDS have lined up Feyenoord flyer Luis Sinisterra as a replacement for Raphinha.

The Brazilian winger is closing in on an Elland Road exit with Chelsea ready to meet the Whites’ valuation of around £60million.

Raphinha, 25, wants to join Barcelona but the skint Spanish giants are yet to match Chelsea’s offer.

Leeds have been scouring the market for a new winger and are in talks over a move for Sinisterra.

The Colombian international, 23, has been with Feyenoord since 2018 and scored 23 goals in all competitions last season.

Everton are also keen on Sinisterra, who Feyenoord will demand a club-record fee of around £23m for.

Leeds are hopeful of securing him AND RB Leipzig defensive midfielder Tyler Adams before they fly out on their pre-season tour to Australia next week.

American Adams, 23, worked under boss Jesse Marsch in Germany and Leeds are negotiating a potential £12m move, having sold Kalvin Phillips to Manchester City for £45m.

Marsch is desperate for another forward as well to compete alongside Patrick Bamford.

The Yorkshiremen are interested in Club Brugges forward Charles De Ketelaere but face competition from AC Milan and Leicester.

Leeds have already made four signings this summer in Brenden Aaronson, Rasmus Kristensen, Marc Roca and Darko Gyabi, who joins from Manchester City on the same day that Phillips signed for Man City.