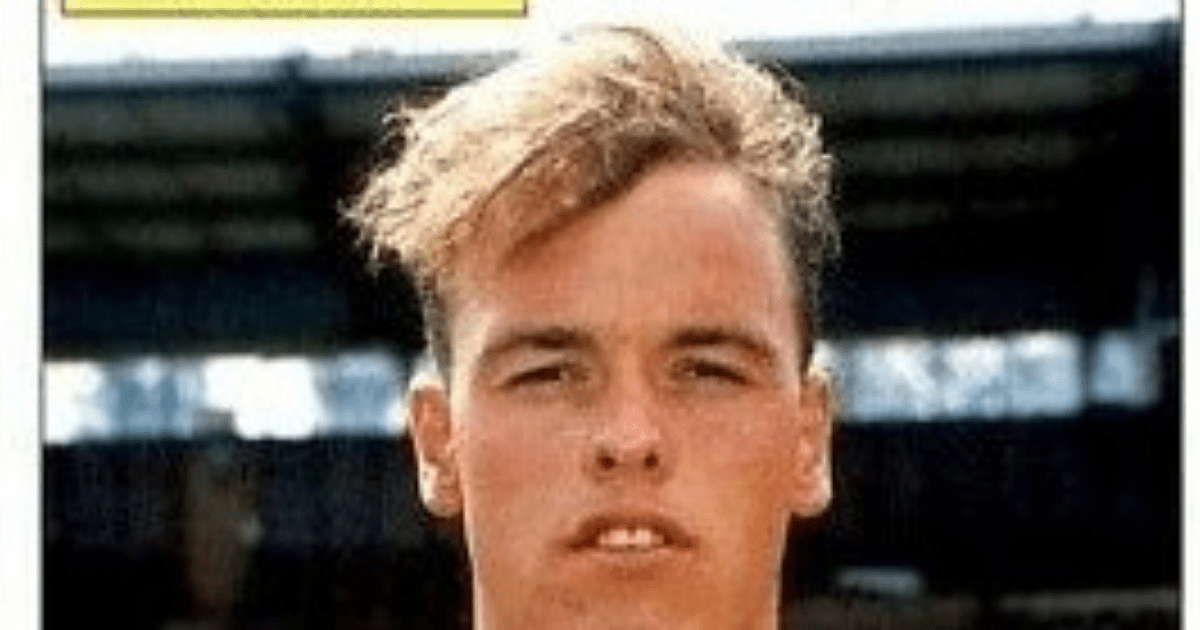 Most had a full head of hair – but as the decades passed by their luscious locks got thinner or simple disappeared.

Currently managing in the Premier League, this Dutchman is hoping to get one of England’s top clubs back to the top of the game

Gorgeous curls… retired from management in 2022 well into his 70s 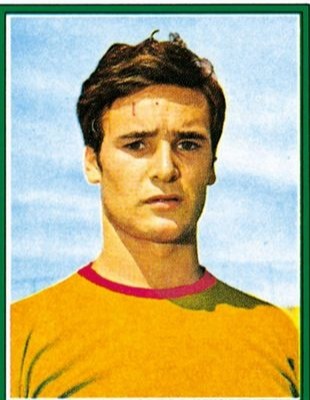 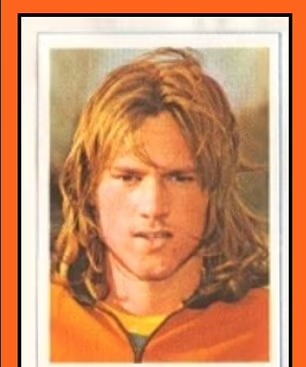 Why so serious? The long ginger hair didn’t last 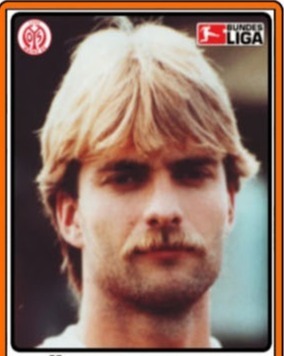 A tash was fashionable at the time… not so much now

A Dutchman in charge of one of England‘s most successful clubs, rocked a windswept quiff on his head during his days at FC Twente.

While another, who managed at the top of football at both club and international level, had mesmerisingly curly hair.

A dashing Italian also looks unrecognisable from a throwback of a Panini sticker.

He pulled off one of the biggest shocks in Premier League history when he took a previously relegation-threatened team to champions status.

Very few could imagine this serious-looking former Prem manager with flowing ginger hair – but “anything is possible”, some say.

And a certain German looked tash-tastic playing for Mainz in Germany.

He turned out to be a world class manager in the end.

Let’s see if you guessed any of these handsome young men. 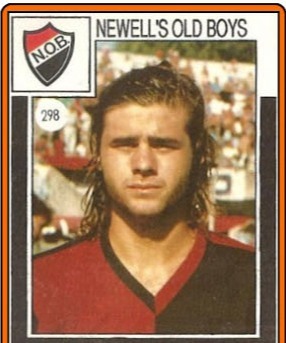 Playing his trade at Newell’s, this top manager had slick hair 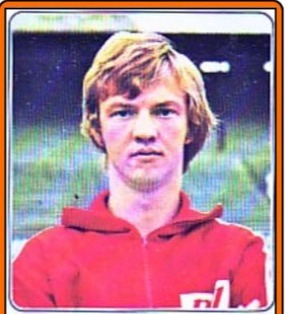 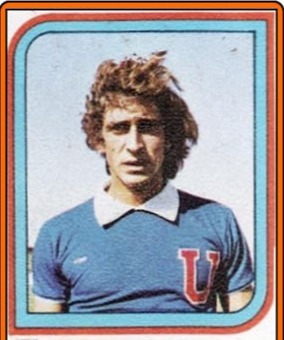 The Dutchman was a defender in his playing days and racked up more than 300 appearances in the Dutch leagues. 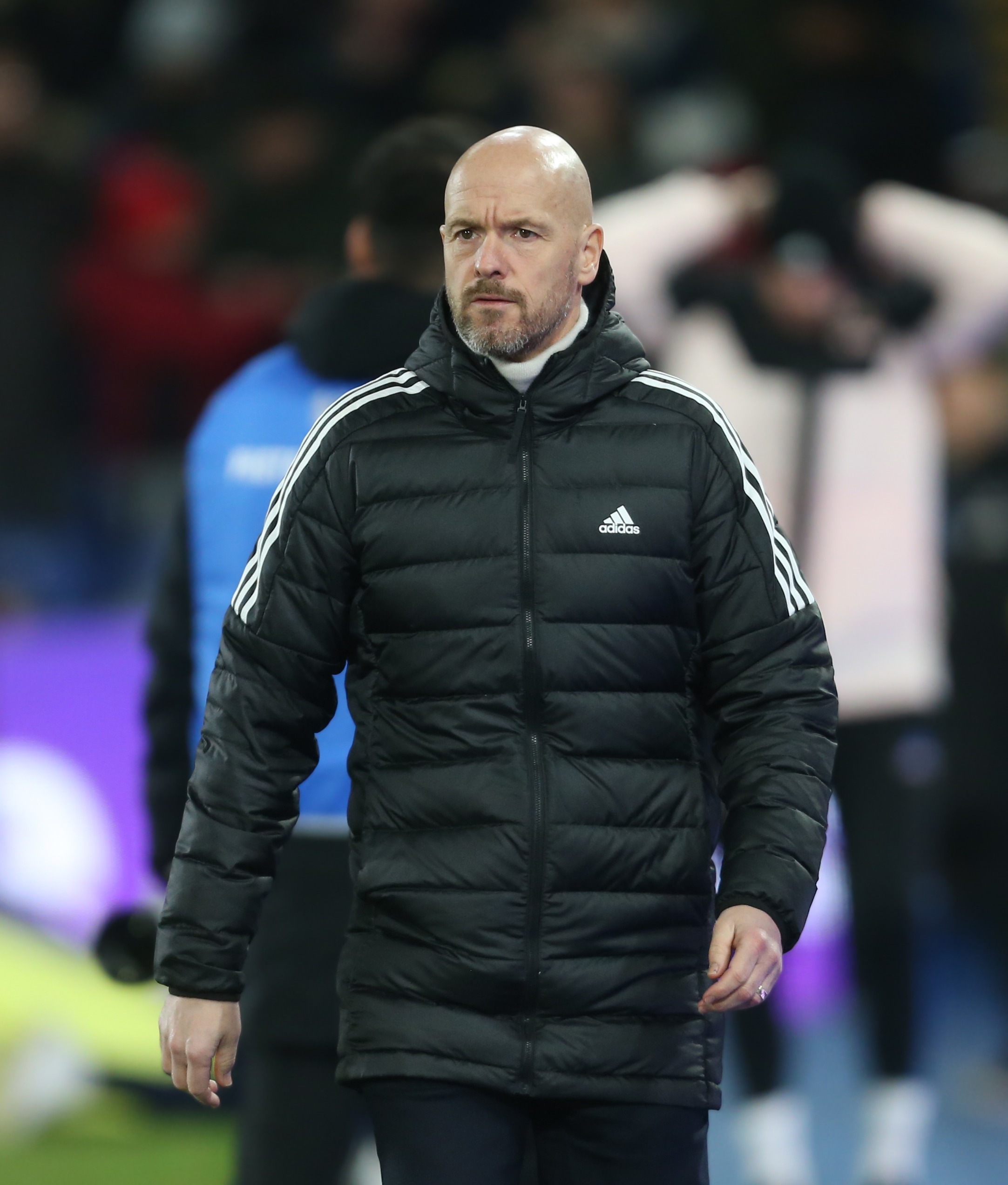 To this day, Roy Hodgson has kept his hair which many would be jealous of.

But it was even more spectacular in his youth.

The ex-England boss has been a manager for the last 46 years, making it incredibly hard to go back further and imagine what he looked like.

Hodgson managed more than 20 teams, with the more notable being Inter Milan, Liverpool and of course England.

But before that, he had a Barrister-esq hairdo. 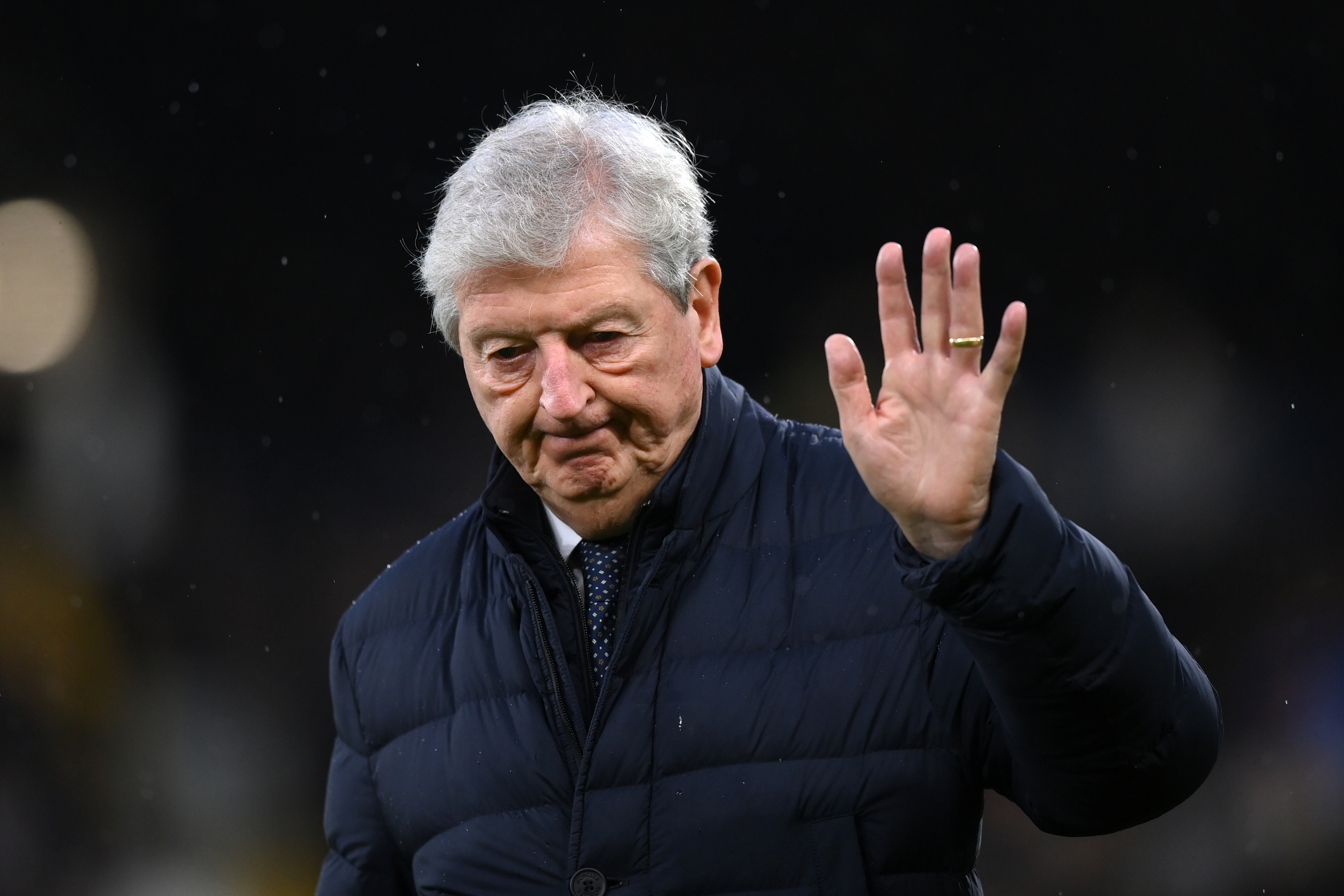 Claudio Ranieri started his career at Roma but moved on to Catanzaro, where he made more than 200 appearances.

The ex-defender played for Catania and Palermo before moving into management.

A 1973 Ranieri had stylish hair and a stern look on his face while donning orange Roma gear.

He managed the likes of Napoli, Chelsea, Juventus and Leicester.

The latter he miraculously guided to a Prem title in 2015/16.

Ranieri is back in Serie A managing Cagliari. 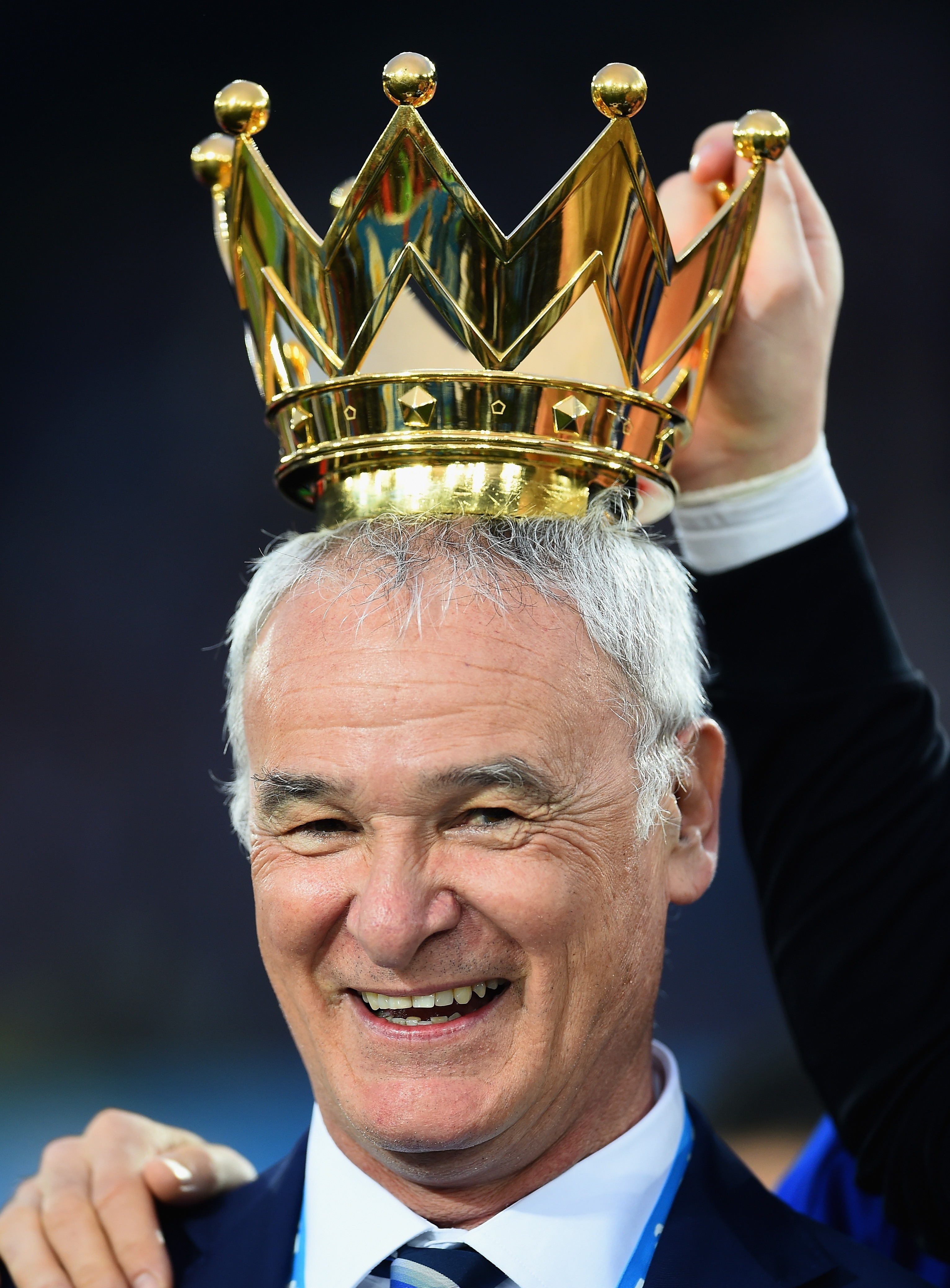 Martin Jol with long ginger hair is a sight to behold.

The Dutchman started his playing career in his homeland at ADO Den Haag.

He then went on to play for German giants Bayern Munich.

The 66-year-old is now more recognised for his time in management, where he spent many years in England.

He famously managed Tottenham as well as Fulham. 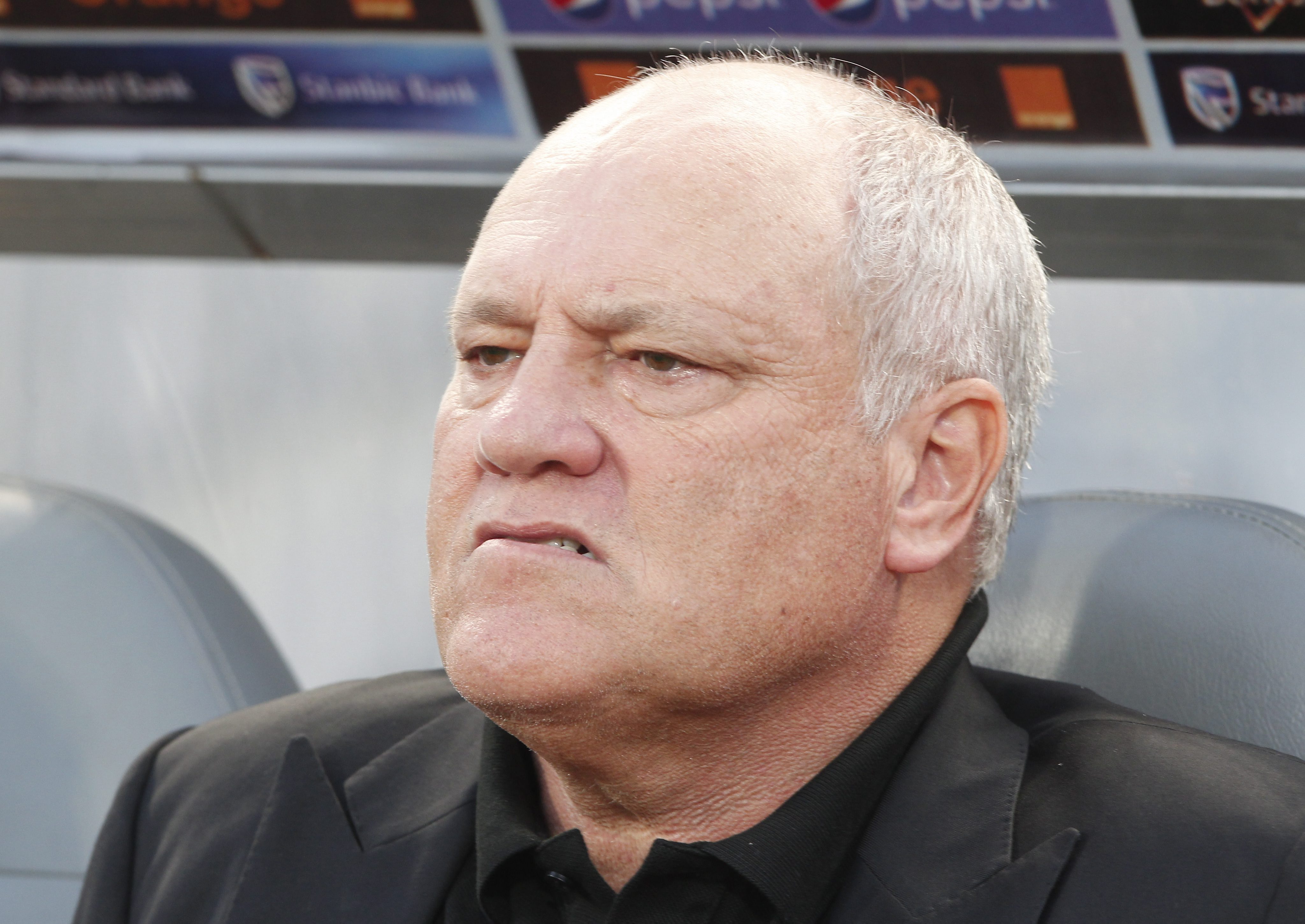 Like Hodgson, Jurgen Klopp has managed to keep his hair.

He also happens to be able to grow an incredible beard.

But back in his playing days in Germany, Klopp was exotic with his hair and moustache styles.

Klopp started off as a striker but swiftly morphed into a no-nonsense centre-back.

He went on to manage his beloved Mainz, who he made 325 appearances for between 1990 and 2001, before rising to the top of the game at Borussia Dortmund, where he earned a move to Liverpool.

He is now a Prem, Champions League, FA Cup and Carabao Cup winner.

At Dortmund, he won two Bundesligas despite Bayern’s overwhelming dominance.

He also guided the team to a Champions League final in 2013, but they lost to their German rivals at Wembley. 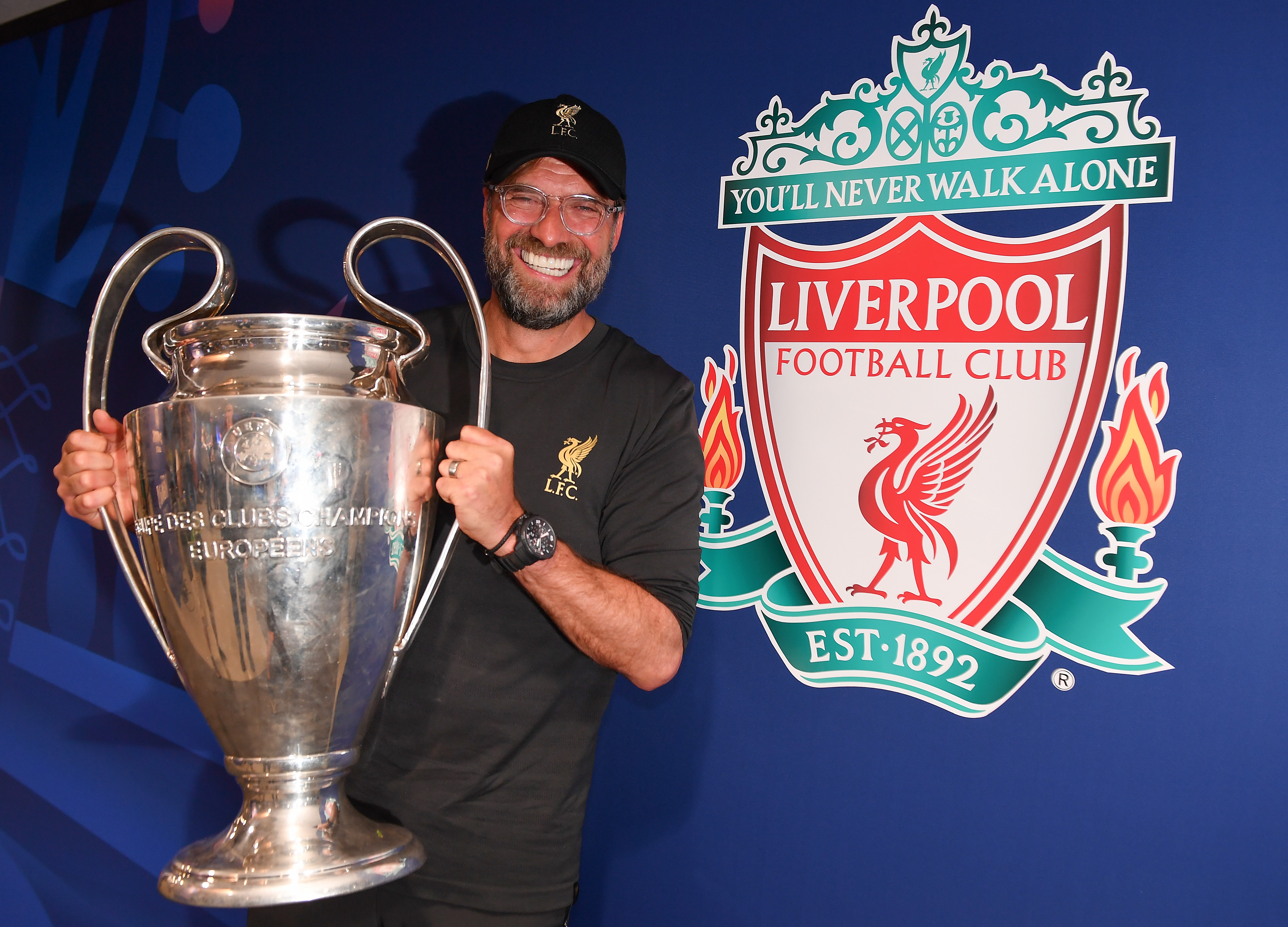 Klopp is one of the Prem’s best managers

The argentine spent 17 years of his life playing professional football.

Mauricio Pochettino was a defender in his younger years, while also rocking long hair.

He was also an established international footballer, representing his country at the 2002 World Cup and the 1999 Copa America.

Ten of those years as a pro were spent in Spain at Espanyol – a team he’d later go on to manage.

He also played in France for two clubs, Paris Saint-Germain and Bordeaux, having started his career with Newell’s Old Boys managed by mastermind Marcelo Bielsa.

A successful three-year spell as Espanyol manager saw him land on English shores in 2012 with Southampton.

He was an instant hit on the South Coast, which then earned him a move to Tottenham in 2014.

His time in North London saw the team contest a Prem title race but ultimately come up short.

He also guided them to their first-ever Champions League final in 2019.

But Spurs lost in Madrid to Liverpool.

Poch landed the PSG job after his dismissal from Tottenham.

There he won three major trophies, including a league title, but he was replaced last summer having struggled to win the Champions League despite having Kylian Mbappe, Neymar and the great Lionel Messi at his disposal. 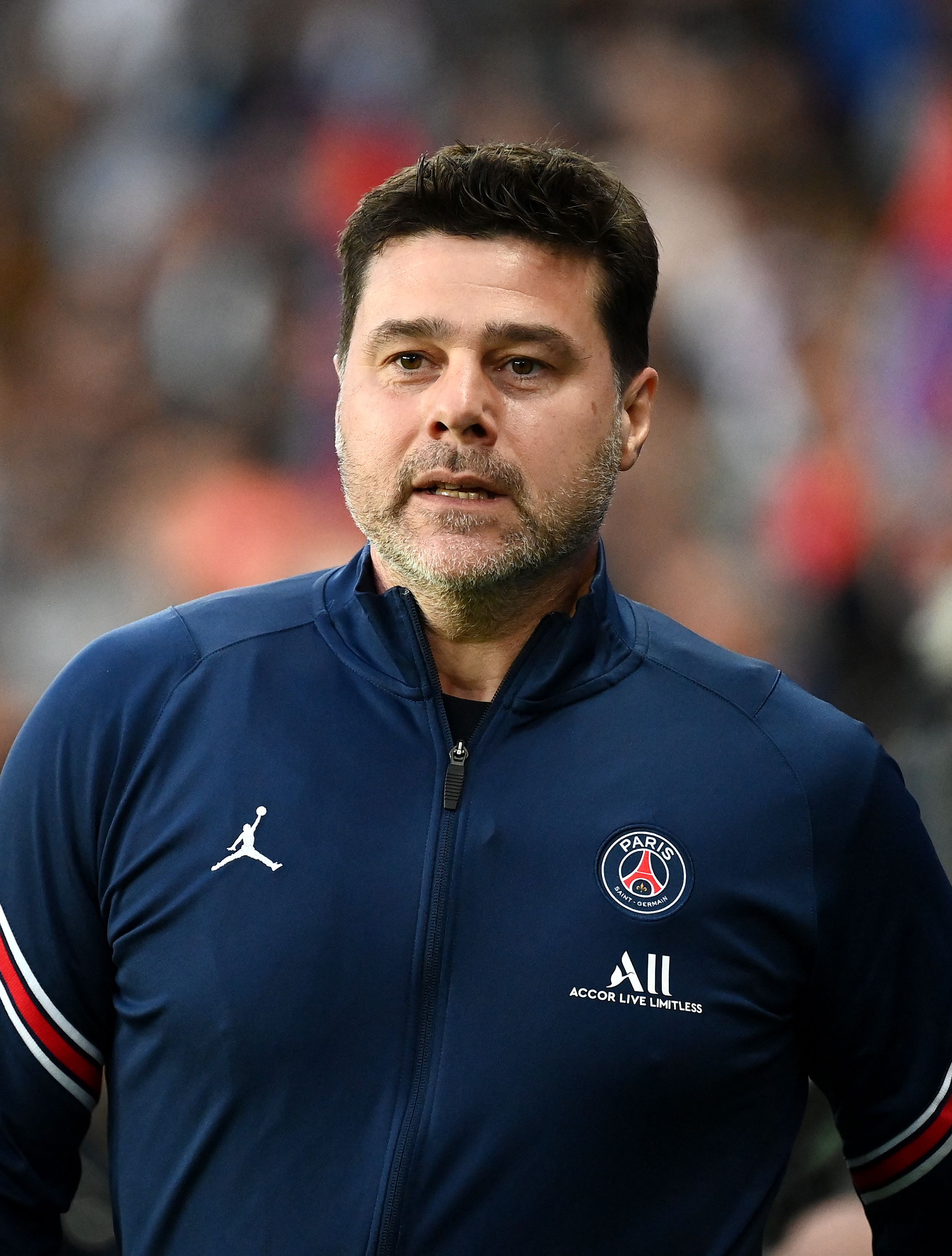 Like fellow Dutchman Jol, Louis van Gaal had long ginger hair when he was younger.

He also looked like he was destined to be a top manager. A know-it-all.

As a player, Van Gaal turned out for the likes of Ajax, Royal Antwerp, Telstar and AZ Alkmaar.

But his most successful spell came at Sparta Rotterdam, where he stayed from 1978 to 1986.

His CV as a manager, though, will be hard to replicate.

As a manager, he won 20 major trophies including seven league titles and four European trophies.

His hair has thinned out these days, and yes he’s into his 70s, but it doesn’t stop him from arguing with the stars of today.

Van Gaal managed Holland at the 2022 World Cup and exchanged words with Lionel Messi after their quarter-final defeat to Argentina.

The manager’s pre-match comments were seen as disrespectful.

Messi and Co let their feelings be known on multiple occasions.

Argentina went on to win the tournament. 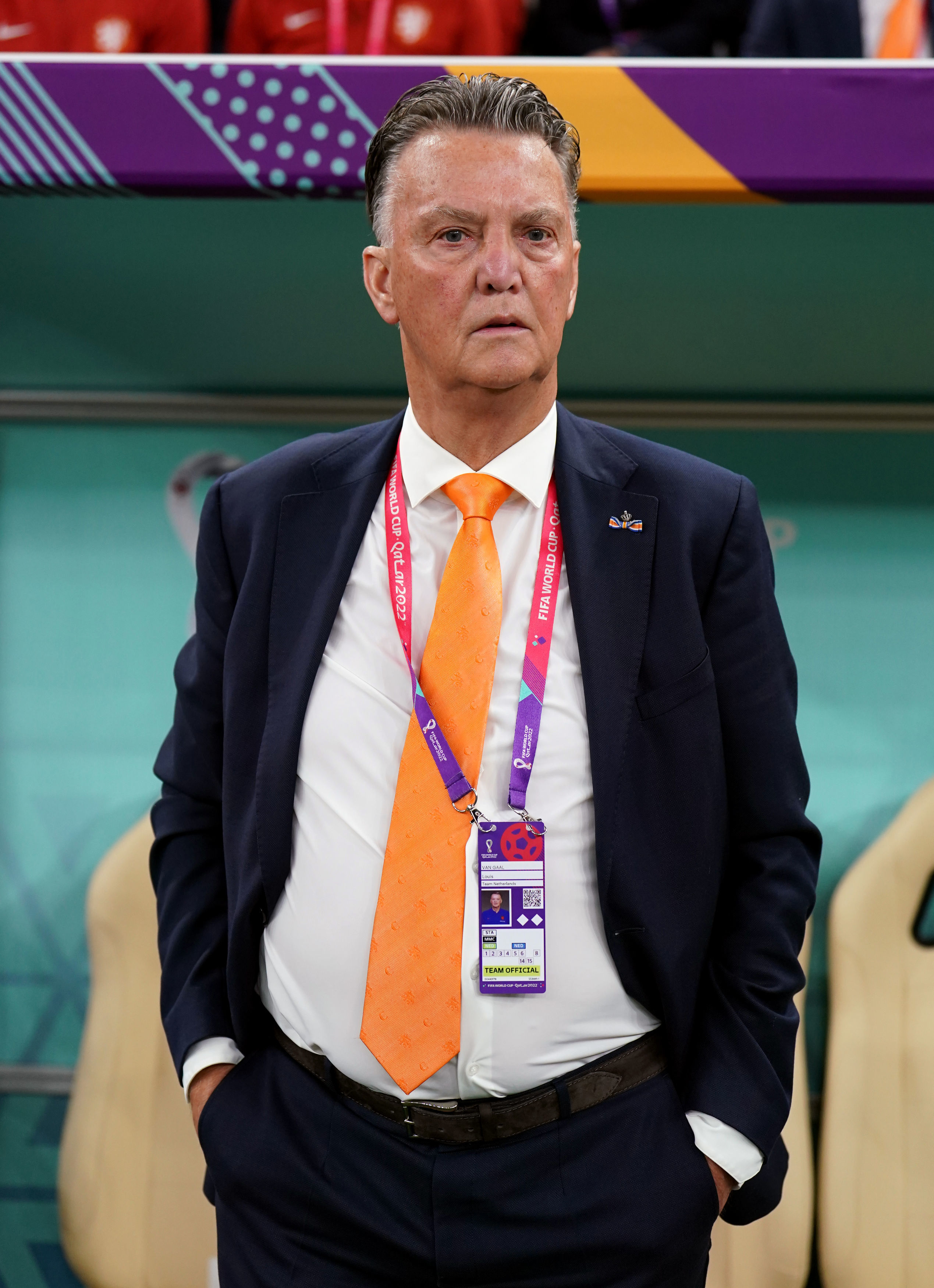 He was a one-club man.

Pellegrini has been a manager for 35 years and is still going strong.

And he has seemingly kept the same hairstyle.

He has taken charge of teams in Spain, England, Argentina, Chile, China and Ecuador, winning leagues in four countries.

His biggest managerial achievement came in 2014 when he guided Man City to a second-ever Prem title.

Unsuccessful spells in China and at West Ham followed.

But he has found recent success at Real Betis in Spain, where he helped them win the Copa del Rey in 2022. 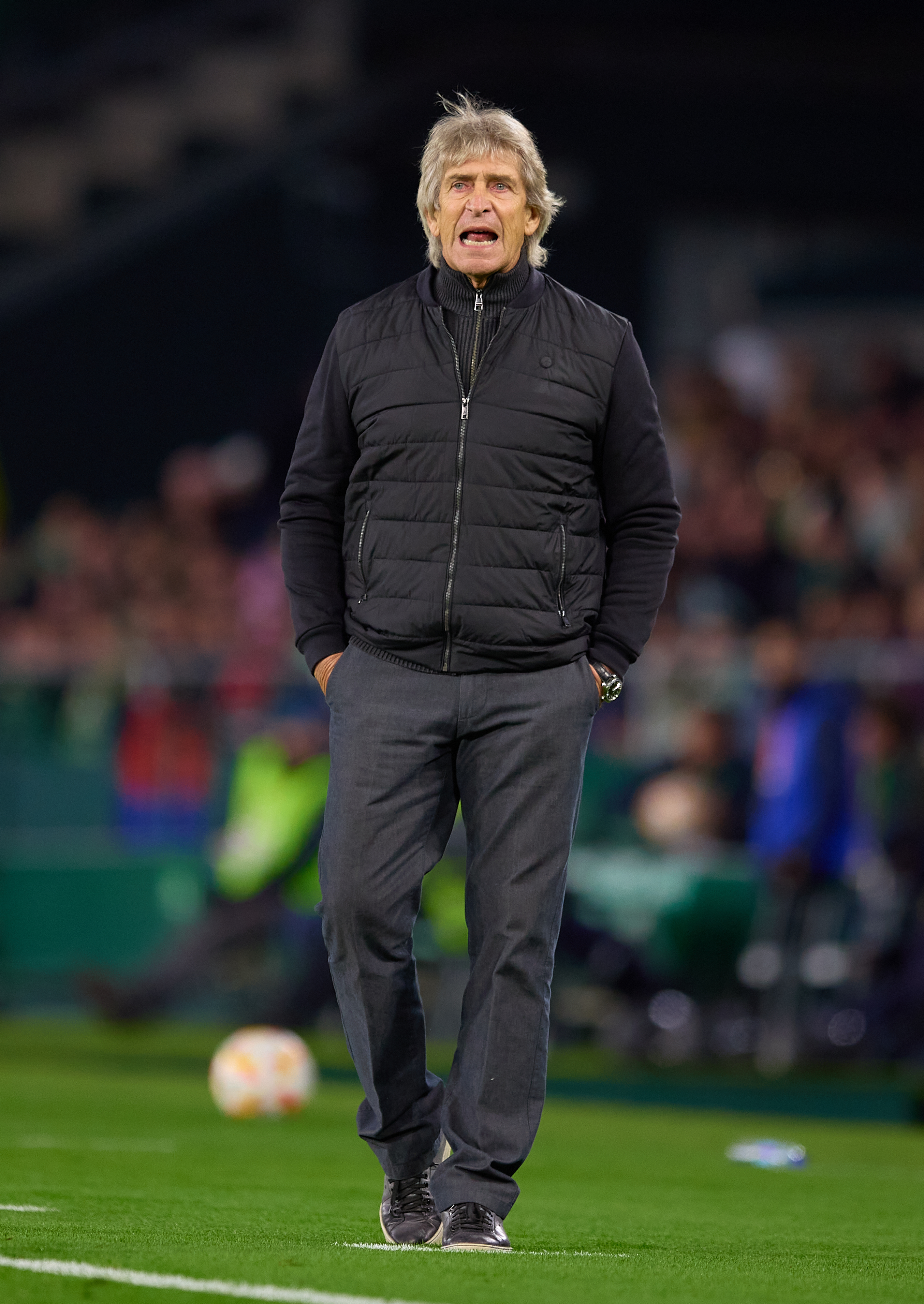 Pellegrini has been managing for 35 years