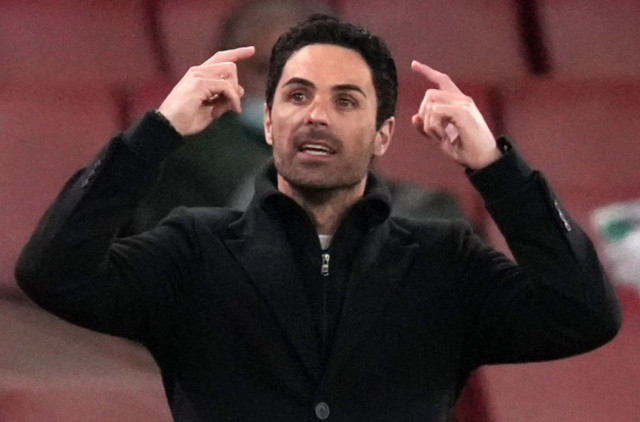 MIKEL ARTETA insisted he is giving his whole life to the Arsenal job.

And he vowed to fight on as manager after the Europa League heartache to Villarreal.

The Gunners were dumped out in the semi-finals last night as Unai Emery got one over on his former employers.

A 0-0 draw at the Emirates meant the 2-1 defeat in Spain last week proved costly.

Assuming there is no late Premier League twist, it will be the fifth campaign in a row without the Champions League and first out of Europe completely since 1995-96.

Asked why that is the ‘trend’, Arteta said: “They are things to analyse more internally, I am sorry. We have done that. There are things that we cannot discuss here.

“I take full responsibility for my part, for sure.

“Since I arrived here what I have tried to do, giving my life, my best ability, investing every drop of energy that I have emotionally to support everything that has been going around with my knowledge, with staff, with all the players that are trying to contribute with all the club to give our best.

“But so far it has not been enough and when the question mark comes, why it is not enough? Is it just a thing? Is it the manager? Is it any other stuff? What is it?

“And then this is football. Again, I repeat myself, last night that ball goes in we win 1-0. You are in the final and it is a different world. But today that world doesn’t look very nice.”

Martin Keown slammed Arteta for being outsmarted by Emery and Thomas Partey for his poor start to life in England.

Arteta believes he is still the right man for the job but Piers Morgan led the calls for his head as the odds on a sacking getting slashed.

The Spaniard knows Arsenal’s season ultimately rested on getting through to the final and winning the Europa League with the club sat ninth in the table.

He continued: “What I felt last night was a deep pain because the moment the club is in at the moment, with everything it has been through over the last months, I had a feeling that if we could take the team to the final, it could be a great turning point.

“I felt that responsibility and I was so eager to achieve that because I knew it could be a defining moment. Not being able to achieve it, has been really tough personally obviously.

“I know that we have disappointed a lot of people as well, and that really hurts because we want to give the best to everybody but one thing I made clear is that to do what we want to do, I have no doubts that we are going to achieve it. If not, I wouldn’t be sat here.”

The morning after the night before, the pain is still raw for Arteta and his squad, especially many of the youngsters.

He gave particular praise for Emile Smith Rowe’s performance and is hoping they can channel the hurt into a strong end to the season with four games remaining, starting with West Brom at home on Sunday night.

He added: “They do feel the pain when you look at the state of that dressing room. It was sad because they put so much into it.

“They tried to go through every obstacle that we had in the competition and around. This is a results-based sport and an inch can define success or failure, and it happened.

“We have no time because we have a game on Sunday, we have a training session this morning and it has to be by today when you leave the training ground, most of it has to be out of the system. 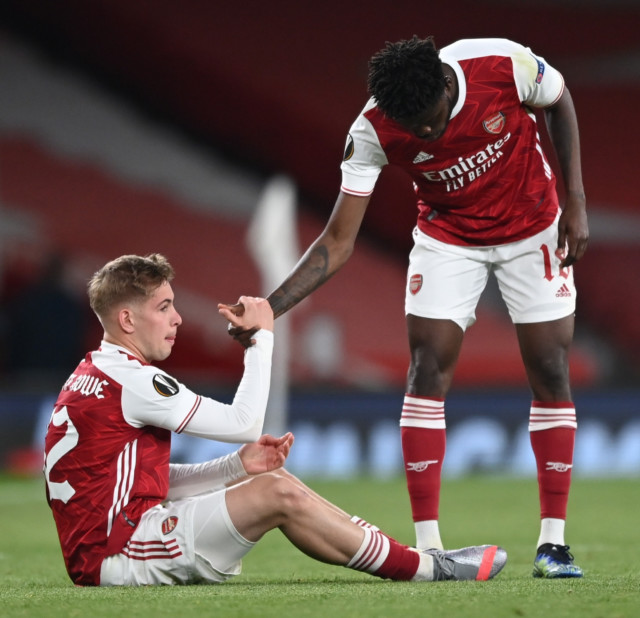