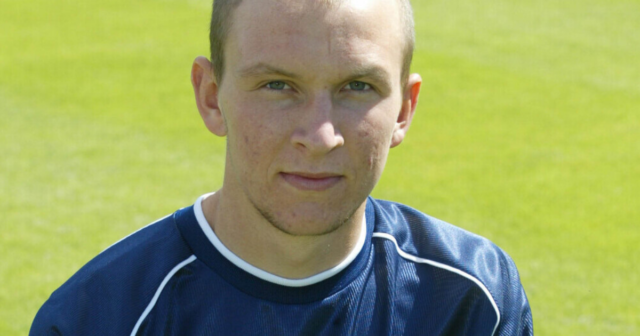 TRIBUTES have been paid to a former Scottish professional footballer after he died after being struck by a car on Sunday.

Paul Hampshire was a popular player at Raith Rovers, East Fife and Berwick

Hampshire in the colours of Berwick

His brother Steven played for both Chelsea and Dunfermline under Jimmy Calderwood.

A Raith Rovers statement read: “The club were saddened to learn of the passing of former player Paul Hampshire, who died after being struck by a car on Sunday.

“Paul signed for the Rovers on the same day as Laurie Ellis in July 1998 from Hutchison Vale, and went on to make 69 appearances scoring 2 goals.

“A native of Dunbar, he was the younger brother of Steven, a striker who played for Chelsea and the Pars.

“Paul is remembered as being blessed with a wonderful left foot, and he left the Rovers to sign for Berwick Rangers in May 2003.

“He also played for East Fife before playing out the remainder of his career in junior football.

“Our thoughts are with the Hampshire family – a full obituary will be published in due course.”

An East Fife statement read: “The club are saddened to learn of the passing of former player Paul Hampshire.

“Paul made 53 appearances during his time at Bayview, scoring 5 goals. Our thoughts go out to Paul’s family and friends at this sad time.”

“Paul, who was 40, started his senior career with Raith Rovers in 1999, making more than 50 appearances in four seasons before joining Berwick Rangers in the summer of 2003. 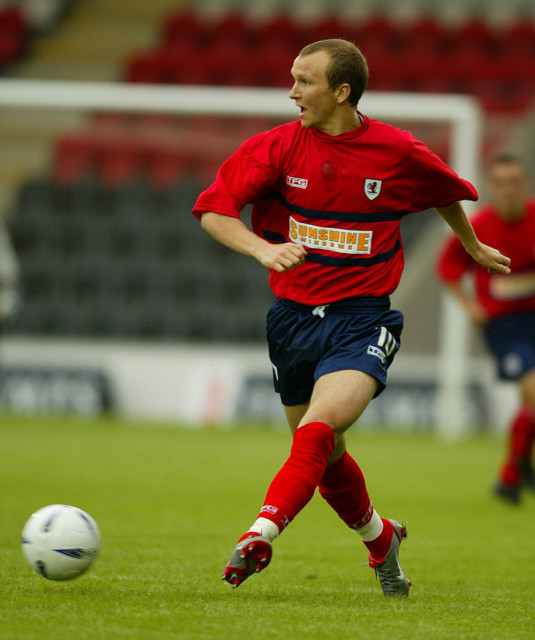 Left-sided Hampshire passed away after being struck by a car

“In two seasons at Shielfield Park, both while the club was in the Scottish Second Division, Paul racked up 65 appearances in all competitions and was a popular player among fans, who admired his skill, work rate and excellent left foot.

“In the summer of 2005, Paul joined East Fife and play at Bayview for a further two seasons before a spell at Dunbar United, while he also played down in Cornwall for Newquay AFC.

“Learning of the news, Newquay AFC described Paul as ‘a class act’ and ‘instrumental in the Peppermints season when they finished champions of Division One West 2011-12’.”

Vice-Chairman Craig Forsyth, who was also on the Board of Directors during Paul’s stint at the club from 2003 to 2005, said: “We were incredibly saddened to learn about Paul’s passing.

“Paul was a fantastic, technically gifted footballer – the sort fans would pay their admission money alone to watch – and was a great asset to the club in his two seasons, particularly in the 2003/04 season when he only missed one league match.

“He was also a top professional and a great person to be around, and all at the club would like to send our condolences to Paul’s family at this sad time.”