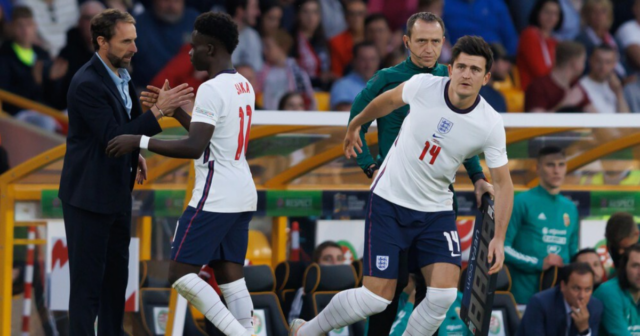 PREMIER LEAGUE stars could be forced into RETIREMENT over the demands of modern football.

It comes as some players could feature in a possible 76 GAMES in the 2022-23 season, which starts tonight.

Jarrod Bowen could play a staggering 76 matches this season

Aces who reach the finals of the Europa League or Europa Conference League, FA Cup, Carabao Cup and the winter World Cup in the middle of the season face the excruciating workload.

Arsenal and Manchester United, the English representatives in the Europa League, will play six group matches, if they finish second then will play a two-legged knockout play-off before the quarters, semis and final.

So that could mean 15 European matches up to the final in Budapest on May 31.

Combined with 38 Premier League matches, six in the Carabao Cup, eight in the FA Cup, seven at the World Cup and a further two internationals and it is a mind-blowing total of 76.

That would equate to a match, on average, every four days for the next ten months for the likes of Bukayo Saka or Harry Maguire.

West Ham, who are the English representative in the Europa Conference League, have a two-legged play-off this month to qualify for the group stages.

Declan Rice is banned for the first two European games but Jarrod Bowen, now an England international, could in theory complete the horror 76-match schedule for the Hammers.

For the majority of the Three Lions squad who are in Champions League action, the possible total is 74 – taking off the two European play-off matches.

And that is certainly more realistic for the likes of Raheem Sterling, Harry Kane, Trent Alexander-Arnold and Phil Foden.

And the chief executive of the Professional Footballers’ Association (PFA) warned the physical and mental toll could see careers cut short at a result.

He told The Telegraph: “I am not sure whether football is ready in the sense these discussions were being held with the players last season and the biggest topic being talked about was the calendar.

“These discussions were being held with the players last season and the biggest topic being talked about was the calendar.

“Does the industry realise what is at stake here? Do they realise these guys are not machines?

“They make money, yes, but they can only give so much. Yes, they are privileged.

“Yes, they are honoured to be well paid to do what they love.

‘SOME PLAYERS ARE STRUGGLING’

“But they are not superman.

“Let’s not forget this period is still coming on the back of Covid.

“Our concern is that last season was already intense because of the circumstances (the season finishing later in 2019-20). Then there were internationals in June prolonging last season even more.”

Jurgen Klopp has been one of the most vocal Premier League managers desperately campaigning for a reduction in the hectic football calendar in order to protect players.

He reiterated in March: “We want to see, in their prime, Lionel Messi and Cristiano Ronaldo playing all the time.

“But that’s actually not possible without getting injured or being lucky. You can prepare yourself as good as possible, [but] in the end it’s really tough.

“Of contact sports, football is the only sport with no break for players.

“We just have to make sure that we really protect the most important ingredients of this game – and that’s the players and nobody else.”