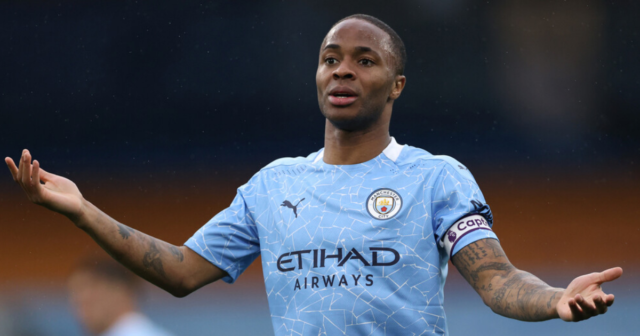 The England ace, 26, has two years remaining on his £300,000-a-week deal but has been linked with moves to both Arsenal and Tottenham.

Sterling had a difficult end to last season and often found himself on the bench as the club won the Premier League and Carabao Cup.

The recent arrival of Jack Grealish, 25, for a British record £100million means competition for places is even greater.

But he shone at the Euros, scoring three times to help Gareth Southgate’s men go all the way to the final – and he remains part of Pep Guardiola’s plans.

Sterling has been on the radar of Arsenal and was believed to be among the established stars City were willing to send to Spurs in a players-plus-cash offer for Harry Kane.

The Three Lions winger handled his last round of contract negotiations himself after splitting from his agent earlier in the year.

But in the end, they failed to reach a conclusion.

Now Sterling is preparing for more discussions in the coming weeks and has put a team together to get it finalised.

The fact Sterling has yet to commit his long-term future has seen him linked with a move away.

He has made no secret of his desire to play in Spain one day but the financial problems over there mean it is unlikely at this current time.

John Stones is expected to extend his Etihad stay in the coming weeks.

The centre-back, 27, has just 12 months remaining on his contract but is to be rewarded for a fine season alongside Ruben Dias last time out.

Did you miss our previous article…
https://www.sportingexcitement.com/football/premier-league/man-utds-transfer-bid-for-eduardo-camavinga-boosted-by-psgs-interest-in-signing-lionel-messi